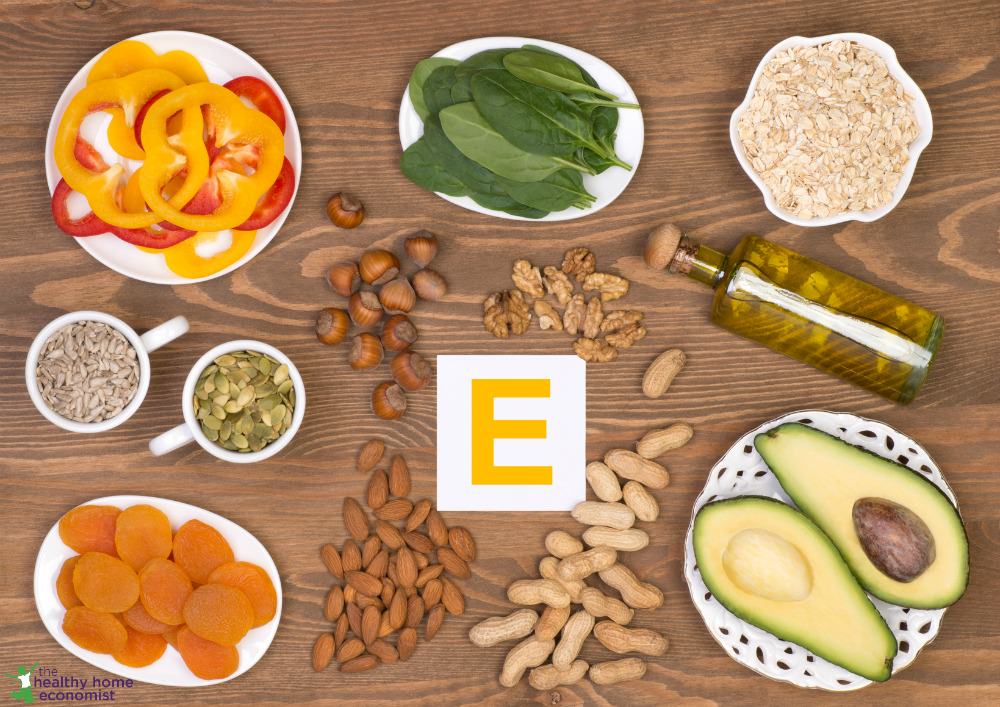 You may have often wondered why vitamin E is rarely discussed or even mentioned within the context and basics of Traditional Diet.

Vitamin E is a fat-soluble vitamin, after all, just the same as vitamins A, D, and K2. These three nutrients are the stars of classic Nutrition and Physical Degeneration.

Yet, vitamin E is infrequently mentioned in Dr. Weston A. Price’s work. It is also not referred to as one of the fat-soluble activators (A, D, and K). These nutrients were plentiful in the foods revered and even considered sacred by ancestral societies for bestowing health and vitality to young and old alike.

Research to date suggests that vitamin E’s role is primarily as a powerful and important antioxidant. Specifically, vitamin E is protective of free radical damage to the long-chain polyunsaturated fatty acids in cell membranes. Hence, it is critical to the healthy maintenance of these membranes so they can properly perform their designated functions.

Dr. Kate Rheaume-Bleue, ND, author of Vitamin K2 and the Calcium Paradox, suggests that if vitamin E were significantly involved in protein production like the hormone-like vitamin A, D, and K2, then a deficiency would produce clinical symptoms.

Surprisingly, unlike deficiencies of A, D or K, vitamin E deficiency does not typically produce noticeable symptoms.

Does this mean that vitamin E is unimportant?

On the contrary, while vitamin E may not act as a hormone directly like its more popular fat-soluble cousins, it has been found to play a role in the release of every single reproductive hormone from the pituitary gland. In animals, vitamin E deficiency reduces the production of follicle-stimulating and luteinizing hormones, critical to fertility in both men and women.

Declining vitamin E in the diet was already recognized as a problem in the 1930s when the modern epidemic of infertility began.

Researchers at that time believed declining female fertility was due to large scale grain milling that had started a generation before. Once whole grains are milled, they lose vitamin E rapidly due to exposure to air. Hence, whole grains that are consumed more than two days after milling would contribute to a widespread decline in vitamin E in the diet.

Dr. Price also believed diminishing vitamin E in the modern diet to be the culprit in declining fertility, even going so far as to refer to vitamin E as the “anti-sterility vitamin”.

Today, the Standard American Diet is almost completely devoid of vitamin E for two reasons. First, the consumption of freshly milled whole grains has all but disappeared. Second, the widespread practice of grain feeding to animals which causes a large decline in the vitamin E content of meat, dairy, and eggs.

How to Get Enough Vitamin E in the Modern Diet

Whole grains are a very good source of vitamin E in the diet provided they are eaten within two days of grinding. They should also be properly prepared according to traditional methods for optimal nutrient assimilation. Consequently, whole grain foods like breakfast cereals, pasta, and bread purchased from the store are not candidates for maintaining excellent vitamin E status. This is the case even if these foods are certified organic.

Almonds and nut butter are good sources of vitamin E as is wheat germ.

Surprisingly, fruits and vegetables are not good sources of vitamin E. Even avocados and avocado oil which are high in monounsaturated fat do not contain a large amount.

However, the use of these oils as a supplement is not advisable. The majority of people already consume far too much! This is due to an over-reliance on processed foods that contain these oils in rancid form. In addition, excessive intake of polyunsaturated fats can contribute to inflammation and even trigger overeating.

Consumption of meat, dairy, and eggs from grazing and freely roaming animals is an excellent way to naturally restore vitamin E to the diet.

In conclusion, while vitamin E has not attained the same stature as its more prominent fat-soluble cousins, A, D, and K2. It is nonetheless vital to good health and easy fertility due to its established role as a powerful antioxidant.

Continuing research on this nutrient may prove a further role in healing and wellness. A recent study suggests that high doses of vitamin E daily may slow early Alzheimer’s disease.

Make Your Own Kefir or Yogurt Challenge!

Could This Be the Simplest Way to Balance Hormones?