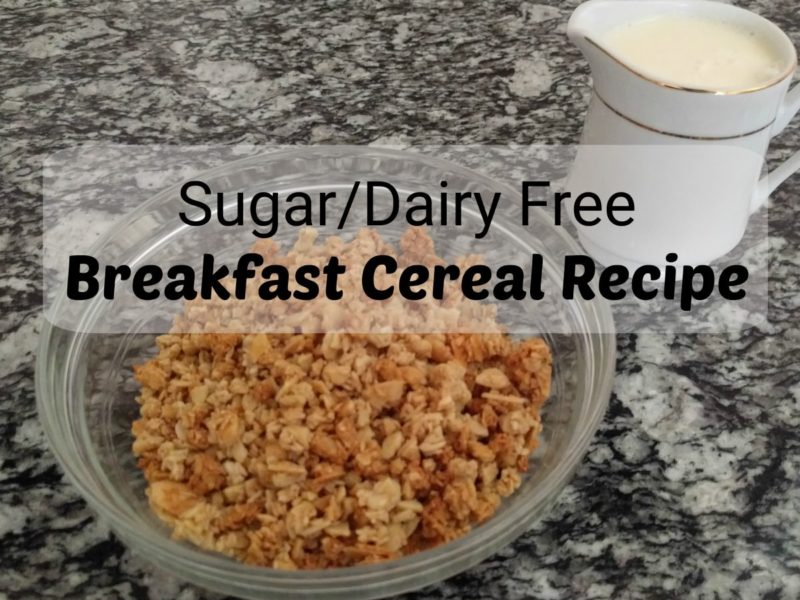 Did you know that ALL boxed breakfast cereals are toxic?

To make boxed breakfast cereal in the factory, the grains first have to be subjected to such intense pressure and heat that they actually liquify into a slurry.  This slurry allows the grains to be quickly and easily shaped into the puffs, flakes, and other shapes that make each cereal distinct.

What is a cold breakfast cereal lover to do? Boxed breakfast cereal is considered a staple food in our society. No worries for all you healthy home economists out there – just make your own!    Here’s a recipe that my family loves and that I have shared for years as a Chapter Leader for the Weston A. Price Foundation.  I hope your family enjoys it too!

For visual learners, check out the two videos plus recipe on how to make breakfast cereal.

This recipe for grain free breakfast cereal is a good option for Paleos. 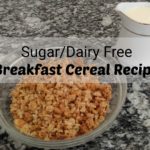 Recipe for a homemade sugar and dairy free cereal that your family will enjoy that will nourish and digest much better than boxed brands from the store.

How to Adjust to the Taste of Soaked Oatmeal
Soaked Oatmeal Benefits Without the Soaking?
How to Make Oatmeal the RIGHT Way
Dirty Little Secrets of the Food Processing Industry

How to Make Breadcrumbs (please don’t buy them – even organic!)