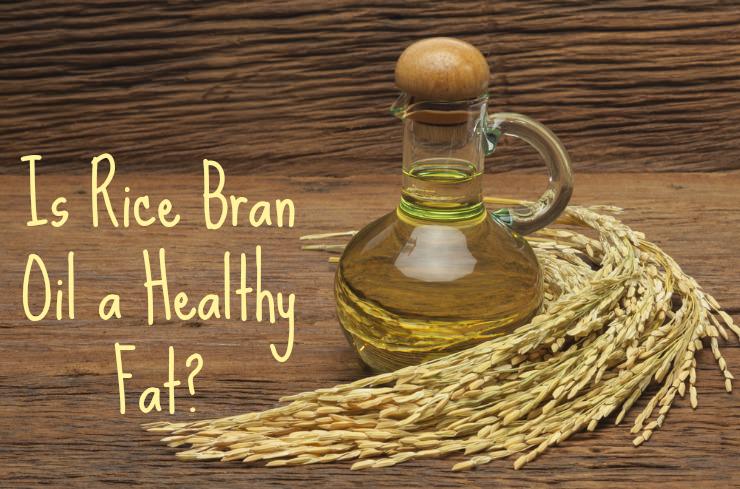 Rice bran oil has suddenly been thrust into the foodie spotlight with the recent announcement by Chipotle founder, Steve Ells, that the restaurant chain is now using it for cooking instead of GMO soy oil.

Is rice bran oil a healthy choice for cooking and frying?  Is it a traditional fat like peanut oil used by other restaurants like Chick-fil-A also seeking to avoid GMOs?

The first thing to understand is that the announcement that the entire Chipotle restaurant chain is ditching all GMO supply lines is nothing short of huge!  It’s a really big deal, and Steve Ells should be applauded and supported for his brave decision that will likely bring the wrath of Monsanto down on his head one way or another.

Way to go Steve! You are going to get nothing but the big thumbs up from this blog regarding that decision!

That said, is the rice bran oil (sources) that is now being used for cooking at Chipotle instead of GMO soy oil really healthier? Is it something that would be ok to buy and use in your home?

The answer to this question is not quite as clear cut.  Let’s break it down piece by piece.

The biggest plus for rice bran oil is that it is nonGMO whether from organic or conventionally grown rice. Anytime you can eliminate a source of genetically modified foods from your life, it is a step toward better health.  The conventional thought that GMOs are safe and healthy to eat is nothing but biotech marketing propaganda. This article details 11 scientific reasons to avoid GMOs in the diet as much as possible, unless of course, being a guinea pig is your thing.

The argument that GMOs will “feed the hungry” and “save the starving” is also a hollow one as pointed out by Zambian president Levy Mwanawasa (1),

In sum, the very fact that rice bran oil is not genetically modified means that it is definitely an improvement from the GMO soy oil Chipotle used to use for cooking.

Even though rice bran oil is nonGMO doesn’t necessarily mean it is free from contamination. Arsenic in white and brown rice around the world has tested high in recent years due to cultivation in contaminated soils from arsenic-containing pesticides, fertilizing with contaminated CAFO poultry manure and factory emissions.

As of this writing, I have not found any testing protocols used by rice bran oil manufacturers to ensure that their products are arsenic free.

Rice Bran Oil is Not a Traditional Fat

On the downside, rice bran oil is not a cooking oil that was traditionally used anywhere in the world.  It was not written about in the nutritional and anthropological classic Nutrition and Physical Degeneration by Dr. Weston A Price. This book details the ancestral diets of 14 isolated and vibrantly healthy cultures from around the world as observed and photographed by Dr. Price early in the last century.

Although rice bran oil is popular today as a cooking oil in several Asian countries including Bangladesh, Japan, India, and China, it was not used as part of the ancestral diets of those cultures. In India, it is typically mixed with safflower oil. This blend is marketed as saffola oil.

In addition to modern Asian cooking, many Japanese restaurants in the United States exclusively use rice bran oil as well.

The Weston A. Price Foundation states that rice bran oil was not used in any traditional diets (2).

Rice bran oil is not an oil that is easily made by hand, which is probably why it is not found in traditional diets. Modern manufacturing of rice bran oil involves a high degree of factory refining similar to other fats high in polyunsaturates like grapeseed oil and rapeseed (canola) oil. Here is a brief summary of the steps involved (3):

Rice bran oil has a mild flavor and a high smoke point of 450 F/232 C.  This makes it suitable for cooking as rancidity does not occur as long as cooking temperatures are not too high.

In India, rice bran oil is considered the Eastern version of olive oil as it is high in omega 9 fats:

Here is the breakdown of fats in rice bran oil:

This compared with the GMO soy oil previously used by Chipotle:

And finally, as compared with the traditional healthy fat olive oil:

As you can see, rice bran oil really is a much healthier fat than the soy oil previously used by Chipotle, although I would not go so far as to say that it is as healthy as olive oil which has far less omega 6 fats than either rice bran oil or soy oil.

Excessive consumption of polyunsaturated omega 6 fats from processed foods and the large amounts of grains in the Western diet is partially responsible for the inflammation epidemic and likely contributes to the obesity epidemic as well.  Combine this with the fact that they are usually already rancid when you buy them from the factory processing necessary to produce most of them (you don’t smell it because of careful deodorization before bottling).  As a result, it is best to avoid omega 6 fats and certainly never use them at home as in all likelihood you are getting enough already.

So can rice bran oil from quality sources be considered a healthy fat? No, it cannot as it is not a traditional fat used by ancestral cultures and because it takes a highly industrialized process to manufacture it which likely denatures the (37%) polyunsaturates. However, as you can see from the discussion above, this is not the entire story.

Rice bran oil is an infinitely healthier choice as a cooking fat than the soy oil Chipotle used before. It is higher in healthy saturated and monounsaturated fats and significantly lower in polyunsaturates which are inflammation producing when consumed to excess (small amounts in the diet are fine). Most importantly, it is nonGMO so will not pose any long term health risks for customers and the environment.

In summary, if you wish to enjoy a meal now and then at Chipotle, don’t worry about the rice bran oil. It is fine to consume once in a while, just don’t buy it to use for your cooking at home. Olive oil, tallow, pastured lard, coconut oil, grass-fed ghee and of course butter would be far better choices.

Animal Fats a Source of Toxins?