Boiled Peanuts Recipe (+ Video on How to Eat Them) 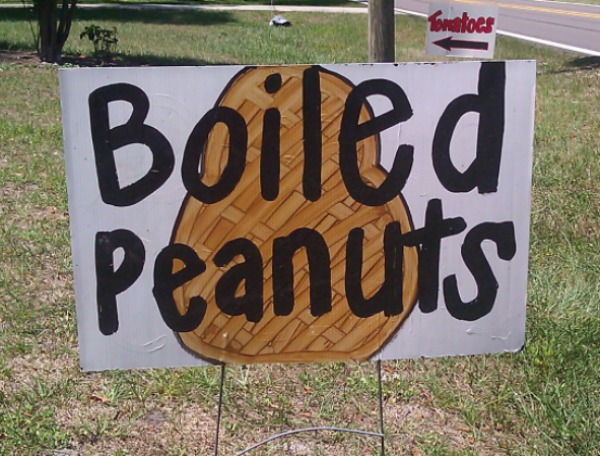 Stay tuned below for a very easy boiled peanuts recipe plus a video on how to eat them without embarrassing yourself!

The peanut, which is actually a legume and not a nut at all, was originally cultivated in what is today Brazil or Peru at least as far back as 3,500 years ago.

When the Spanish first began exploring the New World in the 1500s, they were intrigued by peanut cultivation by natives in Central America and brought some back to Spain for growing. From Europe, the peanut made its way to Africa via trading.

The peanut came full circle back to the New World when Africans brought them to North America as part of the slave trade.

Slaves planted peanuts, or “goobers” from the Congo word for peanut – nguba,  throughout the Southern United States. Records show that peanuts were cultivated for commercial use in Confederate states as early as 1800. During the Civil War, the South used peanut oil as an affordable lubricant for locomotives as whale oil was scarce. At home, it was used for cooking instead of more expensive lard and as an illuminant for lamps (1).

Many boiled peanut recipes coming directly from African traditions spread through the Southern USA as the popularity of this humble legume grew.

How to Make Boiled Peanuts

People traveling by car anywhere in the South typically see “Boiled Peanuts” signs everywhere, particularly in the Autumn as peanut harvest is being picked and peanuts are plentiful. Like a springtime crawfish boil, it is one of the most enduring seasonal cooking traditions in this part of the United States.

It achieves similar benefits to the practice of shelling and then soaking raw nuts prior to eating. Careful preparation deactivates enzyme inhibitors such as phytic acid and lectins. It also liberates the nutrition for easy digestion and assimilation by the body with no gastric distress. 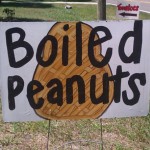 Simple recipe for boiled peanuts as traditionally made in the South.

How to Season Boiled Peanuts

Traditional flavorings can be added to the boil if desired. Depending on the locality, ham hocks, hot sauce, Cajun seasonings and even beer are popular.

Bill Neal in his book Southern Cooking says that when boiled peanuts are done,  “… the kernel should have swollen to fill the pod well and the taste of raw starch will have been dissipated.”

You will have to decide what this means by tasting yourself as some folks like them soft and others more firm.

Boiled peanuts can be eaten right out of the pot while they are still hot (best) or the pot can be drained and the peanuts refrigerated for later snacking.

How to Eat Boiled Peanuts the Southern Way [Video]

You can always tell where someone is from based on how they eat boiled peanuts. Folks not from the South tend to break open the liquid-filled pod and pick out the peanuts with their fingers before popping into their mouths.

While this might be a good way to eat raw peanuts out of the shell, this is not the correct way to eat boiled peanuts not to mention you will get saltwater squirted all over your hands and maybe even your face and clothes!

In this short and fun video below, I demonstrate how to properly eat a boiled peanut so the next time you are on a road trip in one of the Southern states and stop for an afternoon snack of boiled peanuts, you can blend in with the locals and not raise any eyebrows with a clumsy boiled peanut eating style!