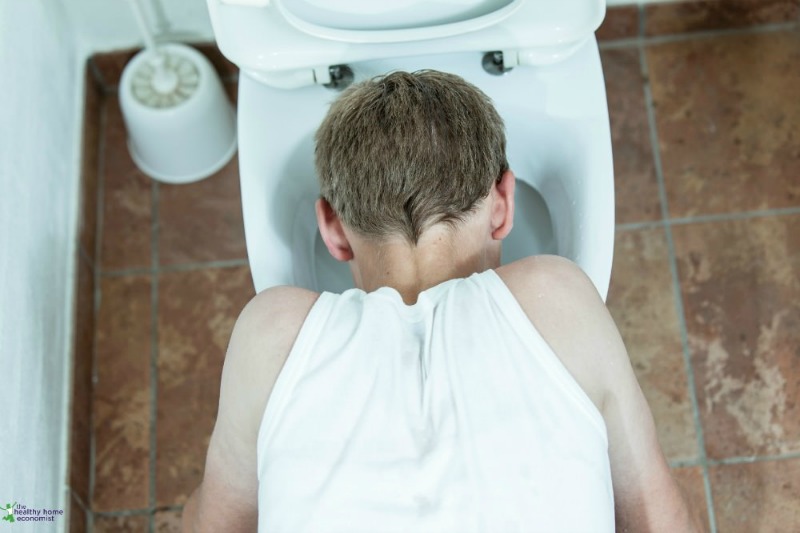 You’ve felt it before. That strange little twinge in your stomach that means an attack of food poisoning or severe gastrointestinal illness is about to strike.

Oh, how I dread that feeling that is so very distinct and ominous! The worst part is that once you feel that twinge, it may be an hour or more before you actually get sick requiring you to wait and see how sick you are really going to get!

My worst attack of food poisoning occurred 15 years ago within a few hours of eating a very delicious mushroom omelet at a fancy hotel in Queenscliff, Australia. I was sick for three days! Another really bad gastrointestinal experience occurred when I was traveling around Asia with friends after finishing college. You can read about that interesting saga and its health lessons here.

There’s something about a drastic change in timezones that really does a number on my digestion. Just a theory, but I think that large timezone changes temporarily and significantly reduce my stomach acid production such that I become much more prone to food poisoning than I would be otherwise (normally, I have an iron stomach).

Fortunately, since those two miserable experiences, I have learned how to stop food poisoning in its tracks and wouldn’t think of traveling anywhere without remedies that can help resolve the situation, ideally as soon as you feel that “twinge” and long before the bathroom runs even begin!

If you are like me and seem prone to food poisoning when you travel overseas or just want to protect yourself from that occasional bad restaurant meal or tummy bug going around town, take note of these food poisoning support tips recommended by Kim Schuette and the very capable staff of Biodynamic Wellness.

While you can’t always predict when food poisoning will strike, there is most definitely something you can do about it to greatly minimize or even prevent most of the suffering!

Food poisoning can result from consuming spoiled or contaminated foods. Diarrhea accompanied by extreme abdominal pain and vomiting are the most common symptoms of food poisoning.

It is extremely important to guard against dehydration during this time.

Sports drinks or Pedialyte are not recommended due to the chemicals, additives, artificial flavors and colors and genetically modified ingredients.

When food poisoning or any sort of gastrointestinal illness strikes, Celtic sea salt or a clean electrolyte solution like Selectrolytes should be added to purified water and consumed throughout the day. 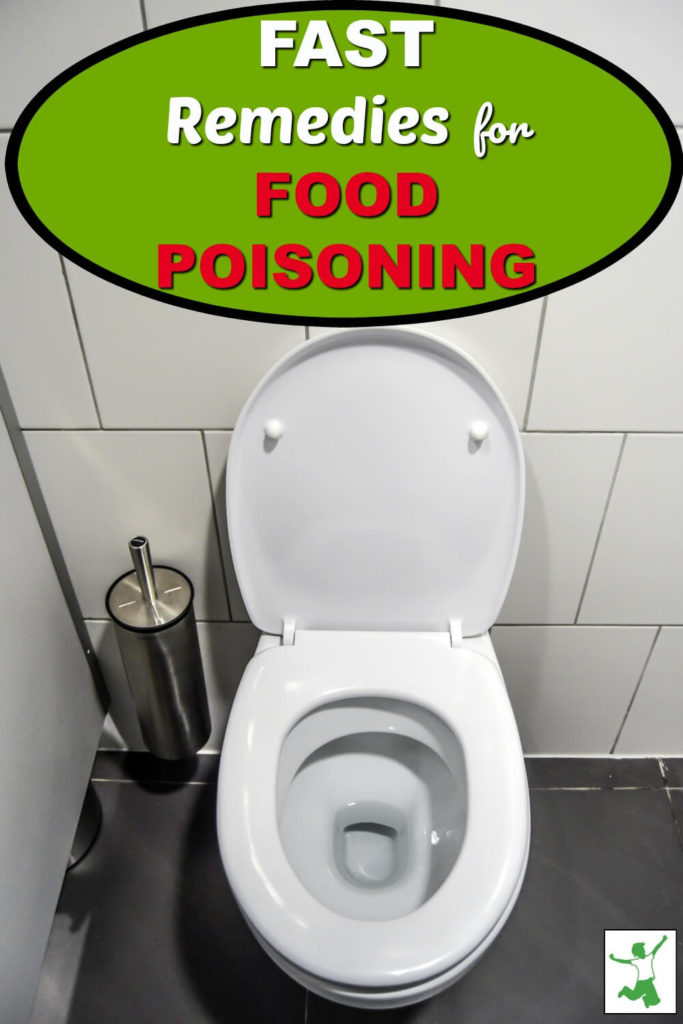 According to Biodynamic Wellness, unlike absorption, which is the process by which substances are sucked up into the internal structure of other substances, such as cells, adsorption requires only that substances be able to stick to the outside of the adsorbent medium.

Adsorption is a very fast process, which neutralizes foreign invaders, keeping them from attaching to blood cells. This hastens the end of what can often be a more drawn out state.

Food grade montmorillonite clay (bentonite) and activated charcoal are very effective adsorbents for such challenges as diarrhea resulting from food poisoning, a bacterial infection, or a virus. Activated charcoal is also helpful when gluten is accidentally eaten by those who are gluten intolerant or Celiac.

There are more than 200 types of bentonite clay, most of which have an aluminum content of anywhere from 15 to 75 percent, and some products in the marketplace have been manufactured with harmful, commercial emulsifiers.

If you choose to consume bentonite clay as your food poisoning remedy of choice, be very sure of your source and how it was manufactured.

In addition, be careful to avoid activated charcoal that is combined with sorbitol. Sorbitol can act as a laxative!

How to Use Clay or Activated Charcoal as Food Poisoning Remedies

Biodynamic Wellness suggests one of the following with regard to dosage for food poisoning or gastrointestinal illness:

*Please note that activated charcoal and Montmorillonite clay should not be used to treat poisoning from corrosive agents such as alkalis and strong acids, petroleum products, lithium, borax or boric acid, iron, or alcohol. Poisonings from these substances should be treated under the supervision of a medical doctor. In these cases, go to your nearest emergency room immediately.

Are You a Tummy Bug Magnet? Fat Phobia May Be the Cause
The Perfect Trifecta for Intestinal Health
How to Make Rice Water for Norovirus
Slippery Elm for Tummy Aches
Activated Charcoal for Natural and Safe Tooth Whitening
Nontoxic, Safe Gas Remedy for Babies

12 Practical Benefits of Witch Hazel Extract (+ recipe to make it yourself)
Next Post: Natural Spider Repellent (guaranteed to work)

The independent, peer-reviewed Journal of the American College of Cardiology publishes a comprehensive meta-analysis of randomized trials and observational studies in June 2020 that declares saturated fat is safe and…