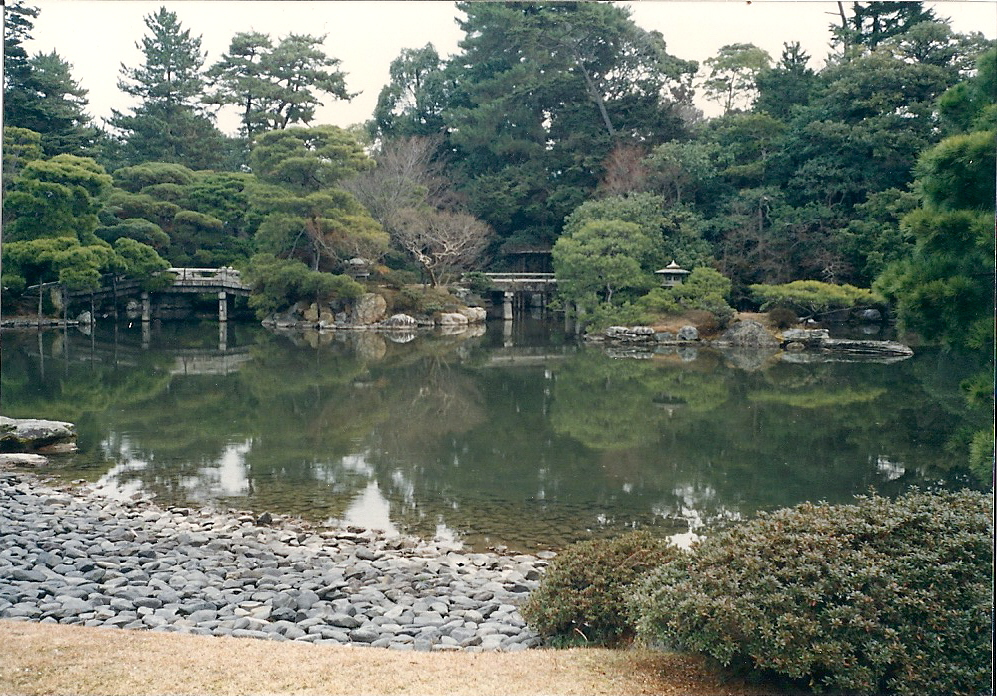 Shortly after I finished graduate school in December 1987, I embarked upon a life-changing trip to Asia. I spent most of my time in Japan and thoroughly immersed myself in this culture so vastly different from my own. At that time, the internet and cell phones did not exist.

As a result, outside of the major cities, Japan was still very much a closed society to foreigners. So much so, that when I visited some of the most remote northern areas of the country, my friends and I were constantly followed in the streets by curious residents and children alike!

Everything is different in Japan, from how you eat and what you eat to even how you go to the bathroom!

I found all this change refreshing, exhilarating as well as horizon-broadening. Eager to see as much of the country as possible, my friends and I purchased open tickets to the Shinkansen (bullet train) and proceeded to go just about everywhere that had a train station on Honshu, the largest of Japan’s four main islands and also known as the Mainland.

One of the most amazing places I traveled to was Kyoto, formerly the imperial capital of Japan and home to some of its most ancient architecture and history.  Unfortunately, shortly after I arrived in Kyoto, I came down with a nasty case of stomach flu.

Desperately needing to rest and recoup for a few days, I took refuge at a Buddhist Monastery that offered overnight accommodations to foreigners wanting to experience authentic monastic life. Only a few tourist rooms are available each night, and I was very fortunate to get one immediately upon inquiring.

One of the requirements for staying at the monastery was attending Temple at 5:30 am each morning with the monks. Following a service primarily consisting of traditional Buddhist chanting, breakfast was served for monks and tourists alike in the very simple, dining area.

I stayed for several days in the monastery and thoroughly enjoyed the peace and quiet as well as the tranquil grounds and enchanting gardens that the monks lovingly maintained.

The monks as I observed them were certainly a healthy bunch and their faces were shockingly so unlined that they looked no older than 25 or 30 at the most even though most of them were well over 50. The tranquility of monastic life certainly agreed with them, of that, there could be no doubt!

Could it be that there were other factors at play in the monks’ physical youthfulness as well? While I am sure there are many reasons why the monks are so startlingly young-looking despite their age, here are the three primary things I noticed in my sojourn at the monastery:

Early to Bed, Early to Rise

The monks were very careful to go to bed early each evening.   As I recall, the lights went out no later than 9-10 pm. Of course, going to bed at this time provided the monks with a full 7-8 hours of sleep before the bell tolled to get ready for morning temple at 5 am or so.

Hours slept before midnight are some of the most important. I’ve read in several places that some researchers consider that each hour of sleep before midnight counts as two hours of sleep after midnight!  No wonder going to bed early and rising with the sun results in such a refreshing, energetic start to the day!

Moreover, going to sleep no later than 10 pm ensures that you will be in a deep sleep cycle around 11 pm – 1 am or so when multiple body systems are detoxing, recharging, and recovering from the previous day’s activities.

Being awake at this time can cause toxins to back up in the liver and have a negative impact on health over the long term.

Obviously, one of the activities that comprised much of the monks’ time is meditation. The goal of meditation is to still the busy activity of the mind and to tune into one’s intuitive and creative nature. For some, this is a spiritual exercise and for others, a mechanical one to achieve improved relaxation and health benefits.

If the monks are able to consciously reduce stress by actively reducing Beta brain wave activity during the day and increase brain waves associated with relaxed creativity and a very high mental state, it’s no wonder they physically manifest fewer effects of aging on their faces!

How can a busy person possibly implement these techniques?  Learning to breathe properly will go a long way in this regard. Taking short breaks during the day to take a breath or two deeply through the nose for 8 counts, hold for 4 counts, and exhale slowly for 8 counts (ideally in a “Darth Vader” type of throaty exhale that will stimulate the vagus nerve and the relaxation response) is all it takes.  Many Yoga or Pilates instructors teach proper breathing as part of their classes, so incorporating this type of exercise into your schedule can assist you in learning this technique.

The vast majority of people breath improperly with shallow breathing and this contributes significantly to rapid aging through oxygen deprivation and increased stress on body organs. Learning to take brief breaks during the day for only a minute or two to breathe deeply and properly can make a world of difference to the long term effects of stress on the mind and body. The importance of this simple habit was very apparent to me during my stay with the monks.

The Buddhist monks I stayed with were vegetarian but not vegan. Despite their vegetarian lifestyle, animal-based foods (just no meat) were incorporated into meals with regularity, especially breakfast.

The typical monk’s breakfast included steamed vegetables, a cup of fish broth with a few tiny cubes of tofu, and a poached egg.

A small cup of ceremonial matcha tea was sometimes included on special occasions.

The interesting thing about the poached egg is that the white of the egg was cooked, but the yolk inside was completely cold and raw! Isn’t this in line with what research has borne out .. that the egg yolk is most nutritious raw but the egg whites should be cooked if consumed regularly?

Raw egg whites contain a glycoprotein called avidin which binds up biotin, one of the B vitamins. This is the case for both chicken and duck eggs. Although the egg white is much smaller in proportion to the yolk in eggs from geese, the problem would still be the same.

In addition, the egg white contains anti-nutrients similar to those found in beans and nuts (lectins) that can interfere with protein digestion and cause gastric distress. Cooking inactivates the avidin and other enzyme inhibitors, which may explain why the monks traditionally cook the whites but not the yolks!

It wasn’t until I read Dr. Natasha Campbell McBride MD’s book Gut and Psychology Syndrome that my experience at the Buddhist Monastery came flooding back to me and I realized how amazingly healthy the monks’ breakfast truly is!

Not only does breakfast like this optimally prime the digestion for an energetic, highly productive day with no drag as would happen with the heavy grain, sugar and caffeine-based Western breakfast, but it also is the type of meal that optimally feeds good digestive flora and starves pathogenic bacteria and yeasts in the gut.

In addition, the practice of consuming gelatinous broth on a daily basis provides glandular boosting properties as fish stock is traditionally made with fish heads which includes the thyroid gland.

This is the type of meal that, when consumed regularly, prevents and heals autoimmune disease!  No wonder I didn’t see any of the older monks walking around with canes or walkers. They all had a spring in their step and were clearly not suffering from arthritis, fibromyalgia, or any other joint/muscular based degeneration.

Not only did their faces look young, but their bodies were young as well!

Traditional Lifestyles Have Much to Teach

Although my stay with the monks in Kyoto was brief, the memories of their healthy habits have lingered in my mind for years. While I’m certain there were other contributing factors to their health and youthful demeanor, their practice of early to bed/early to rise, proper breathing, and a no-carb breakfast which included easy to digest raw animal foods and digestion priming fish stock were no doubt important factors.

We Westerners can learn many health lessons from this traditional manner of living!

Meat or Soy: Will the Real Cause of Bone Loss Please Stand Up?

Using Cornstarch In and Out of the Kitchen + Best Substitutes