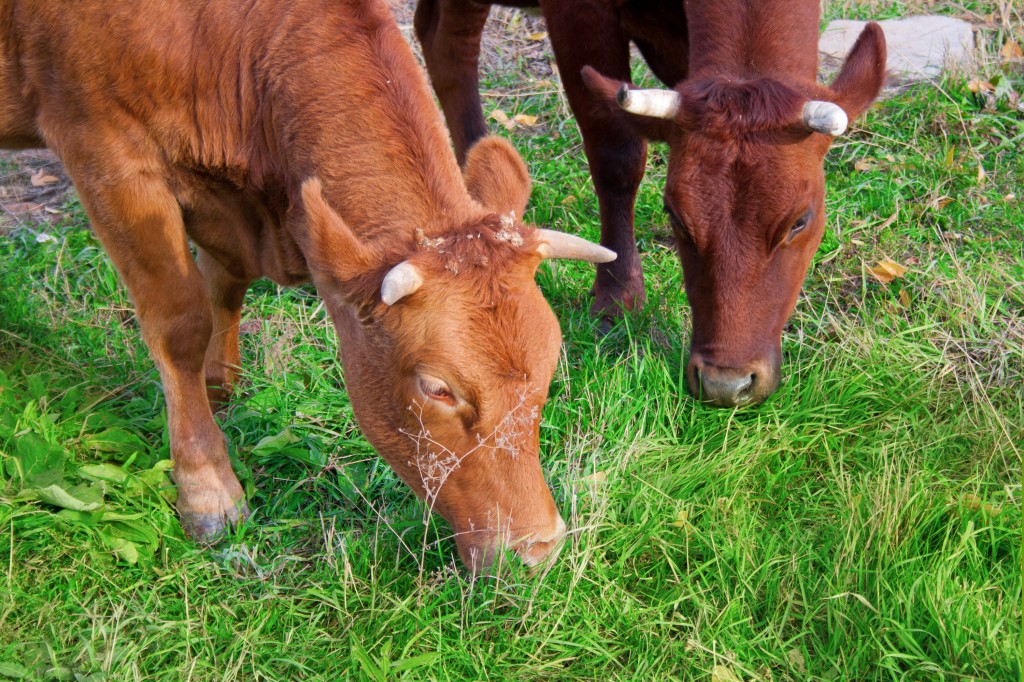 A school of thought that “cow milk is just for baby cows” and that it is unnatural for humans to be drinking it has become somewhat of a catchphrase by some in the health community in recent years.

In two of the radio interviews I’ve done over the years, this point was specifically addressed as a counterpoint to my discussion of the health benefits of drinking grassfed raw milk.

No doubt this notion is bolstered by the ever increasing rates of allergies to processed dairy, and so naturally, more folks are wondering if dairy should be consumed by humans at all.   The vegan community also espouses this line of thinking on the principle that consumption of animal foods is fundamentally wrong.

Certainly, this is a valid point to ask and the answer I have typically given is that healthy cultures consumed raw dairy for centuries and that it was, in fact, a foundational food that supported their vibrant health, excellent bone structure, fertility, and resistance to chronic and degenerative disease.

Swiss of the Loetschental Valley

To the Traditional Swiss living in the isolated Loetschental valley, raw dairy and, in particular, butter was a sacred food.  Not a pale supermarket type butter, but a golden alpine butter made from the rich, beige cream of cows grazing on thick grass.

The children raised on this nutrient dense, raw butter had strong physiques, wide faces with plenty of room for their teeth, and a high resistance to disease.  There wasn’t a single case of TB in Loetschental despite this illness raging elsewhere in Switzerland during the early part of the 1900â€²s.

The young men raised on this nutrient dense traditional diet based primarily on dairy with plenty of raw, deep yellow to orange butter were so perfect and pleasing in physique, strength, and character that the Vatican favored them over all others in Europe to serve as the Papal Guard.

The Maasai of Africa

During the travels of Dr. Weston A. Price in the early part of the last century, five cattle keeping groups in Africa were examined who were still subsisting upon a completely ancestral diet:  The Maasai of Tanganyika, the Muhima of Uganda, the Chewya of Kenya, the Watusi of Ruanda, and the Neurs tribes on the western side of the Nile near the country of Sudan.

These groups were largely following a carnivore diet consisting primarily of meat and milk.

These largely carnivorous tribes were very tall with even the women averaging over 6 feet in height in some tribes.  All these tribes had marvelous physiques and perfectly straight, uncrowded teeth.  Six tribes had no dental decay whatsoever.

Clearly, the basis of milk in the diet was a critical component of the vibrant health enjoyed by these tribes.

Dairy Sustained Humans Even Before Agriculture!

Now, new evidence is emerging that humans consumed dairy even before the advent of agriculture and civilization itself.

That’s right.  Before humans ever cultivated fruits, vegetables, and grains in prehistoric Africa, they were actively utilizing dairy producing cattle to sustain themselves.

While these early dairy farmers did not appear to drink the raw milk, they did use it to make butter, cheese, and yogurt.

Julie Dunne of the University of Bristol, lead author of the archaeological study published in Nature which found the first direct evidence that prehistoric people of the African Sahara used cattle for their milk many thousands of years ago long before the cultivation of plants in this region said:

“Milk is one the very few foods that give us carbohydrates, fats and proteins in one go. So being able to use milk like these people did would’ve made an enormous difference to their health. It would’ve provided food for life.”

The initial evidence was found in rock art images illustrating domesticated cattle from the Wadi Imha, in the Tadrart Acacus Mountains, Libyan Sahara.   Scientists have dated these images at between 5,000 and 8,000 years old.

Additional evidence came via analysis of organic residues from pottery fragments excavated from the Takarkori rock shelter in Saharan Libya which indicated that half the vessels inspected were used to process dairy products.

While it seems implausible that dairy cattle could have once roamed the Sahara given its harsh and arid conditions today, Dunne notes that this region was completely different 10,000 years ago and was in fact, much wetter and greener than most people realize.

So the next time someone slaps the “cow milk is for baby cows” line on you, you can casually mention that in Africa, the location of humanity’s earliest roots according to some scientists, humans have consumed dairy far longer than they’ve been cultivating plants!

Where Oh Where Has All the Decent Chocolate Gone?

Is Chocolate Safe for Children?