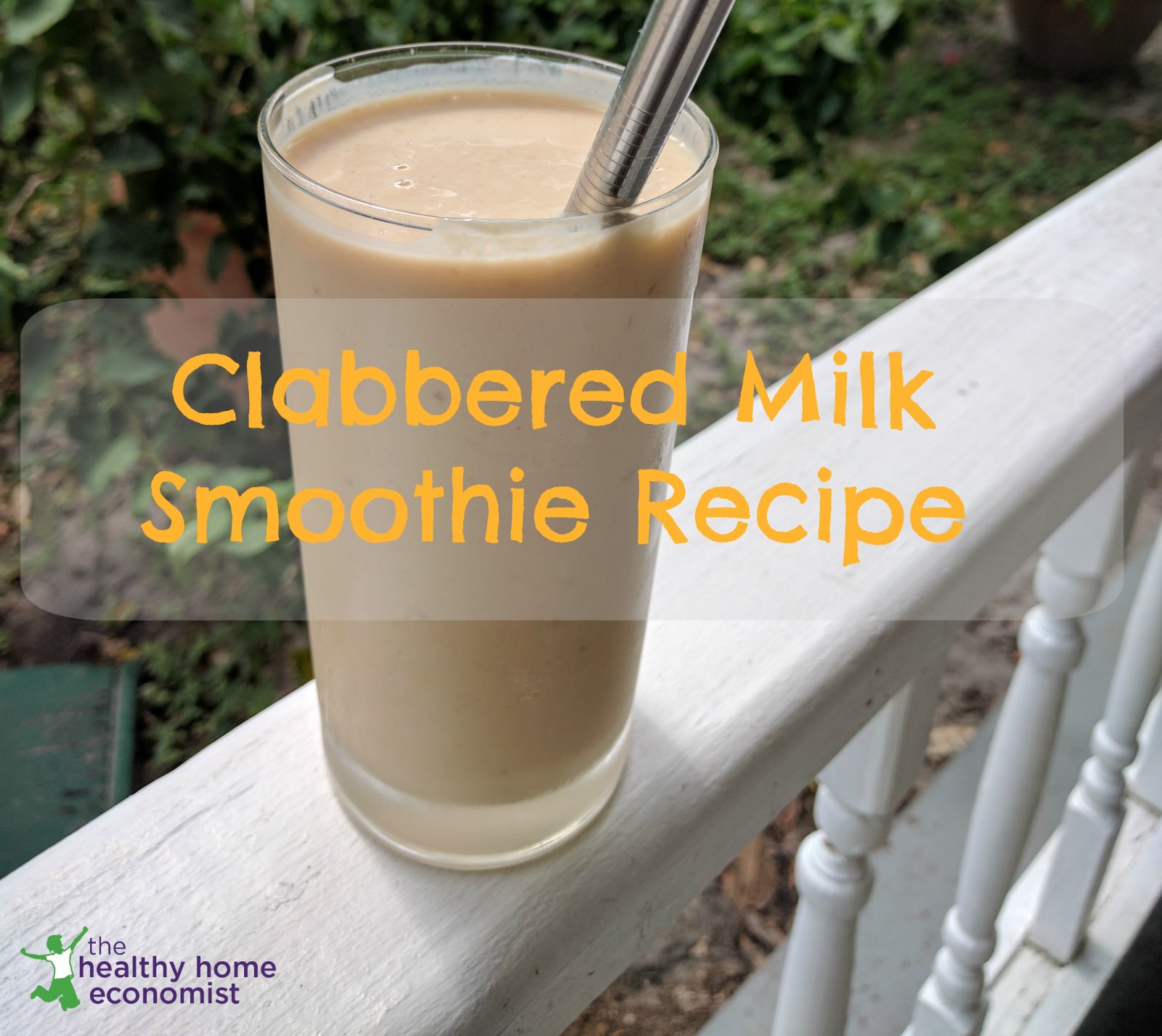 Did you know that a clabbered raw milk smoothie tastes very similar to one made with drinkable style yogurt?  This is perhaps the best and most economical way to use farm fresh milk that is no longer at its best for drinking!

In 2004, I wrote an article for Wise Traditions journal titled Learning to Maximize the Use of Your Real Milk and Cream.  The basic premise of the article is that Real Milk and Real Cream (as in fresh from a grassfed cow), do not go bad, they sour.

Pasteurized milk from the store that goes bad must be thrown out. It is putrid and can make you sick if you consume it. It is full of pathogenic bacteria.

Real milk fresh from a happy, healthy, pastured cow that has soured has not gone bad. It has clabbered which means the good bacteria have simply consumed a good portion of the milk sugar (lactose), thereby giving the milk a more yogurt-like smell and taste.

Nevermind that you’ve probably never heard of clabbered milk let alone consumed it. Fact is, clabbered sour milk is totally fine and healthy to eat. Do not throw it out! There are many uses for such a wonderful food, which that article details.

I’ve gotten a lot of mileage out of that piece over the years and have forwarded it to many people who are using Real Milk for the first time and are unaccustomed to souring as opposed to the putrification of store milk.

How about using clabbered milk for smoothies!!!

Some of you are probably rolling your eyes right about now thinking, “Like, I’ve been doing that for years already!”

I should have been doing this for years, but I am so rarely out of raw kefir or yogurt for my smoothies that it literally never crossed my mind as an idea.

The thought came to me for the first time just a few days ago when we were completely out of milk. I didn’t have any kefir or raw yogurt either. The next farm delivery was a couple days away.

Buying a lower quality product from the store to get me through? Not an option for me. I’m waaaayyyy too much of a dairy snob for that.

Moreover, I was just dying for a smoothie.

I thought to myself, “Hey, maybe I could use some of that lightly clabbered milk in the fridge, after all it is pretty similar in texture and taste to raw yogurt!”

I have said this before and I’m sure I will say it again, sometimes the most obvious stuff just takes awhile to bubble to the surface!  At least that’s how my brain works.

So, I went ahead and made my favorite smoothie with the clabbered milk and it tasted fantastic, just like I had used kefir or yogurt!

In case you’re wondering, here’s my favorite smoothie of the moment. 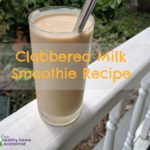 Nourishing recipe for a clabbered milk smoothie that is an economical way to use farm fresh raw milk that has slightly soured and loaded with probiotics.

The 3 Healthiest Milk Substitutes for Kids and Adults