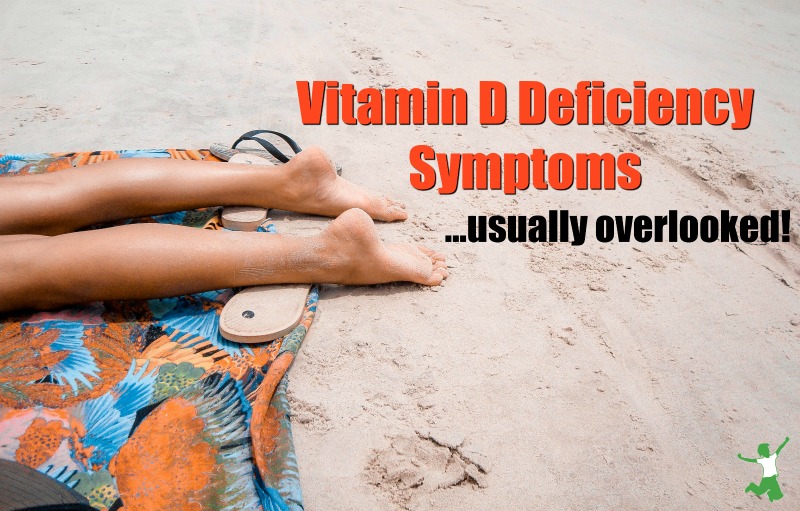 Flu is sometimes referred to as “Vitamin D deficiency disease”. Now, COVID may be proving to be a similar virus according to researchers. Avoiding vitamin D deficiency symptoms by keeping blood levels of this fat-soluble vitamin optimal can be lifesaving especially for the immunocompromised and the elderly.

Dr. John Cannell of the Vitamin D Council and one of the most preeminent Vitamin D researchers in the world today, has identified that vitamin D helps produce the antimicrobial peptides that protect against viruses like the flu and coronaviruses.

This is why people are more prone to complications during seasons when Vitamin D producing sunshine is minimal or nonexistent at some latitudes, or people are too bundled up to get enough skin exposed in the first place.

Scientific research bolsters Dr. Cannell’s suggestion that vitamin D deficiency is why people get the flu. A study published in the journal Nature Immunology further explains how vitamin D protects us by properly activating T cells, an important part of the immune system:

When a T cell is exposed to a foreign pathogen, it extends a signaling device or ‘antenna’ known as a vitamin D receptor, with which it searches for vitamin D.

This means the T cell must have vitamin D or activation of the cell will cease. If the T cells cannot find enough vitamin D in the blood, they won’t even begin to mobilize.

This is troubling given that vitamin D levels were reported by the Archives of Internal Medicine in 2009 to have plummeted for every single age, race, and ethnic group in the United States over the past two decades.

Vitamin D deficiency is such that it can lurk unnoticed until it is too late and you are already sick.  Another challenge is that it takes time, usually at least several weeks, to raise vitamin D levels. As a result, a few days of taking supplements is not going to cut it. This is true especially if you have a serious deficiency challenge to overcome or already have the flu.

Below are 10 signs that vitamin D is likely a problem and potentially a serious deficiency that needs to be addressed immediately.  If any of these symptoms are an issue for you, a simple and inexpensive vitamin D blood spot test can be ordered online. It can be used in the privacy of your home to determine if your vitamin D levels are in the danger zone.

If low levels do indeed need to be addressed, the best whole food-based supplement to bring vitamin D levels into optimal range without the danger of overdosing is unheated, unprocessed cod liver oil (where to find).

Natural vitamin D drops from sheep wool are also a good idea temporarily if levels must be raised quickly.

Two other foods extremely high in Vitamin D include fish roe and lard from pastured animals.

Wild roe contains about 17,000 IU of Vitamin D per tablespoon and pastured lard (vetted source) has 10,000 IU per tablespoon according to tests conducted by the Weston A. Price Foundation. This is nearly as much as you would get during a day at the beach in a bathing suit.

I purchase my fish roe at gourmet stores. Additive-free brands can also be purchased online.

Vitamin D Deficiency Symptoms Usually Blamed on Something Else

Be aware of these symptoms, some of them quite strange, that are frequently blamed on something else. Since Vitamin D deficiency is so easy to address with lifestyle and dietary modifications, it is a good idea to consider this “low hanging fruit” approach first.

Bone pain and chronic pain, in general, is a subtle symptom of serious vitamin D deficiency. Don’t take this symptom lightly! Get your vitamin D levels checked and address the problem.

A study conducted by Greg Plotnikoff, MD, senior consultant with the Allina Center for Health Care Innovations, makes the point.  150 people living in Minneapolis who came to a health clinic complaining of chronic pain were tested for vitamin D levels. Virtually every single one, 93%, suffered from extremely low vitamin D. “The group with the lowest levels of vitamin D were white women of childbearing age,” Plotnikoff says.

Here’s a shocker most folks don’t realize:  most muscle weakness issues are low vitamin D related.  The National Institutes of Health reports that a person suffering from a vitamin D deficiency will have trouble with proper muscle function.

This extremely common skin issue is an autoimmune disorder that many don’t realize can be vitamin D-related. This nutrient plays an important role in the treatment of psoriasis.  Psoriasis gets worse over time and spreads, so even if you only have a little spot on your elbow or knee, get your vitamin D levels checked, and be sure to be taking a daily dose of high vitamin, unheated cod liver oil.

Vitamin D is necessary for the body to produce energy. If you are constantly tired or must lean heavily on that morning cup of Joe to get going in the morning, best to play it safe and get your levels checked.

No, it’s not all in your head! Feelings of hopelessness can be related to nutritional D deficiency. The Vitamin D Council reports that vitamin D is critical for the brain to produce the happy hormone serotonin. Some folks only suffer from depression during winter months, known as Seasonal Affective Disorder (SAD). This condition is caused by lack of sun exposure and hence vitamin D during this time of year.

This warning symptom is related to flu as a vitamin D deficiency disease.  If low vitamin D puts people at risk for flu, it stands to reason they would be at risk for other respiratory problems too, and possibly on a chronic basis. Studies have demonstrated that vitamin D protects against respiratory illness particularly in children, who require hospitalization most frequently due to bronchiolitis and pneumonia.

Scared of COVID or the flu?  The most proactive step you can take short of frequent beach jaunts is to make sure your Vitamin D levels are high by taking a daily dose of cod liver oil!

My mother helped resolve high blood pressure issues with a daily dose of high vitamin cod liver oil.  Her success in this regard is in line with the Vitamin D Council which recommends adequate vitamin D levels in order to avoid this silent, symptomless killer.  1 out of every 3 Americans and 4 in 10 worldwide suffer from this serious condition.

In addition, the National Institutes of Health has identified vitamin D deficiency as a risk factor that can lead to congestive heart failure.

Chronic kidney disease is a growing health concern. It is a primary and powerful predictor for premature cardiovascular disease.

Not surprisingly, given that cardiovascular disease itself indicates a likely vitamin D deficit, research indicates that those that suffer from chronic kidney disease are also D deficient in a big way.

10. You are an Infection Magnet

If you suffer from one infection after another, it is wise to get those vitamin D levels checked pronto.  As described above, T cells which are an important part of the immune system, are properly activated by vitamin D.  If D levels are low or even undetectable, adequate and effective immune response to an infection in the body will be severely hampered.

Do you suffer from one or more of these 10 symptoms of low vitamin D? Did you know that these signs are usually blamed on something else? Did you suspect a vitamin D deficiency might be the true reason?  Have you ordered a blood spot test kit or started taking unheated, high vitamin cod liver oil? What did you find out from testing and what have your results been? 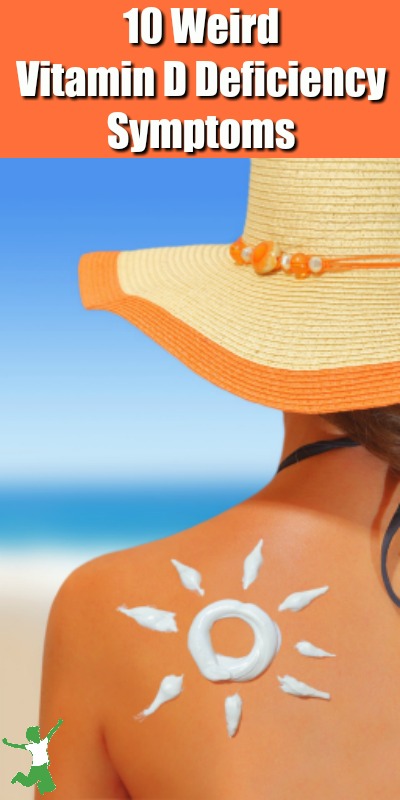 6 Little Known Signs of Adrenal Fatigue
Sulphur: The Forgotten Nutrien
The Vitamin Deficiency that is Written All Over Your Face
Macrobiotic Diet and Vitamin D Deficiency
Vitamin D2 in Mushrooms