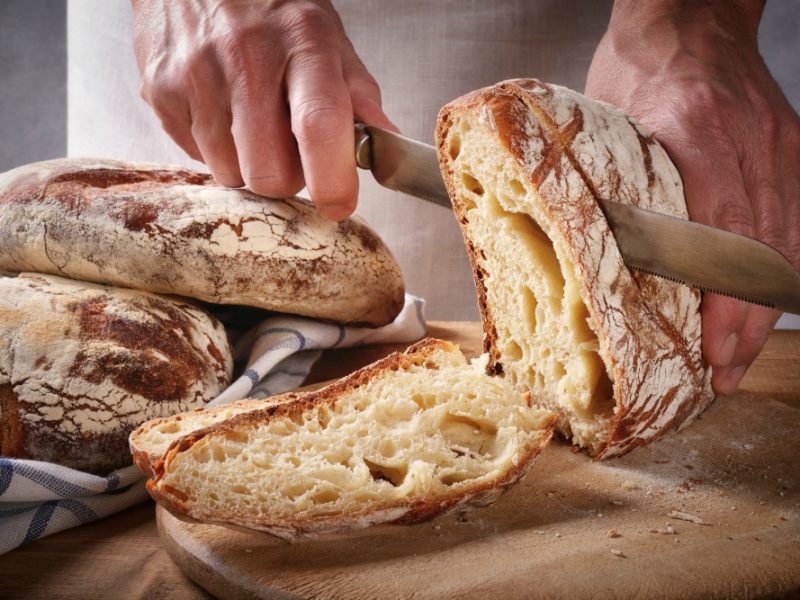 Yeast was first introduced as a substitute for homemade sourdough starter in breadmaking at the court of Louis XIV of France in March 1668. Scientists at the time already knew that this substitution would harm public health by reducing the digestibility and nutritional value of bread. Their counsel resulted in an initial and vehement rejection of the idea.

Ultimately, the idea slowly took hold anyway due to the increased speed and convenience of using yeast for baking. This combination of factors proved too strong to resist particularly as the hustle and bustle of the Industrial Revolution arrived in full force.

Today, almost all bread, no matter if made with wheat or homemade gluten-free flour, is baked using yeast. Consumption of these modern quick rise baked goods instead of traditional sourdough bread has indeed resulted in an overall decline in health as warned centuries ago. The result is a widespread backlash against bread with carb consumption implicated in numerous health woes. The book Life Without Bread summarizes the case.

On the other hand, the realization that modern carbs aren’t a healthy part of the diet has also resulted in a resurgence in popularity of authentic sourdough bread. Naturally leavened bread made without yeast actually facilitates the body’s absorption of cereal grain nutrients. This compares with yeasted bread which diminish or destroy the grain’s nutritional value.

Properly made sourdough bread also eliminates anti-nutrients from the cereal grains. The most notable of these is phytic acid which blocks mineral absorption and can trigger gastric distress. Preliminary research also indicates that those with Celiac disease may be able to eat sourdough bread.

For those who wish to eat bread without the downside, sourdough bread is the answer.

Unfortunately, the excitement over sourdough bread has spawned some myths about this traditional food that abound as well.

While there are numerous benefits to consuming sourdough bread, watch out because the following is not among them!

It is true that a properly made sourdough starter contains friendly Lactobacilli. This is a beneficial strain of bacteria found on the surface of all living things. These microbes are even crawling all over you right now keeping your skin healthy and in proper pH balance.

These lactic acid-producing probiotics are responsible for the breakdown of anti-nutrients like phytic acid. They also encourage the slow rise of the bread without the addition of any yeast.

The absence of baker’s yeast permits baking the bread at a lower temperature as well. This protects the integrity of the cereal grain proteins along with their nutritional value.

These benefits are made possible by the fermentation of the bread dough prior to baking using a probiotic-rich sourdough starter. Here’s where the confusion starts.

Temperature at Which Probiotics are Destroyed

The reason there are no probiotics in sourdough bread is that the heat of the baking process destroys them similar to how pasteurization destroys probiotics in raw milk. Remember that probiotics are living things and as such will die under similar conditions as food enzymes. Dr. Mary Enig has this to say on the subject:

It is one of those happy designs of nature that foods and liquids at 117 degrees can be touched without pain, but liquids over 118 degrees will burn. Thus we have a built-in mechanism for determining whether or not the food we are eating still contains its enzyme content.

Sourdough bread is typically baked at a temperature of at least 300 °F/ 149 °C and sometimes as high as 450 °F/ 232 °C. There is no enzymatic or probiotic activity remaining when you actually eat it.

The notion that sourdough bread benefits gut health because it contains probiotics is completely false.

Does this mean you shouldn’t eat sourdough bread? Of course not.

There are many benefits to eating this nutritious traditional food as mentioned above.

Probiotics just aren’t one of them.

So, slather on some probiotic and enzyme-rich raw butter and/or some local raw honey and enjoy!