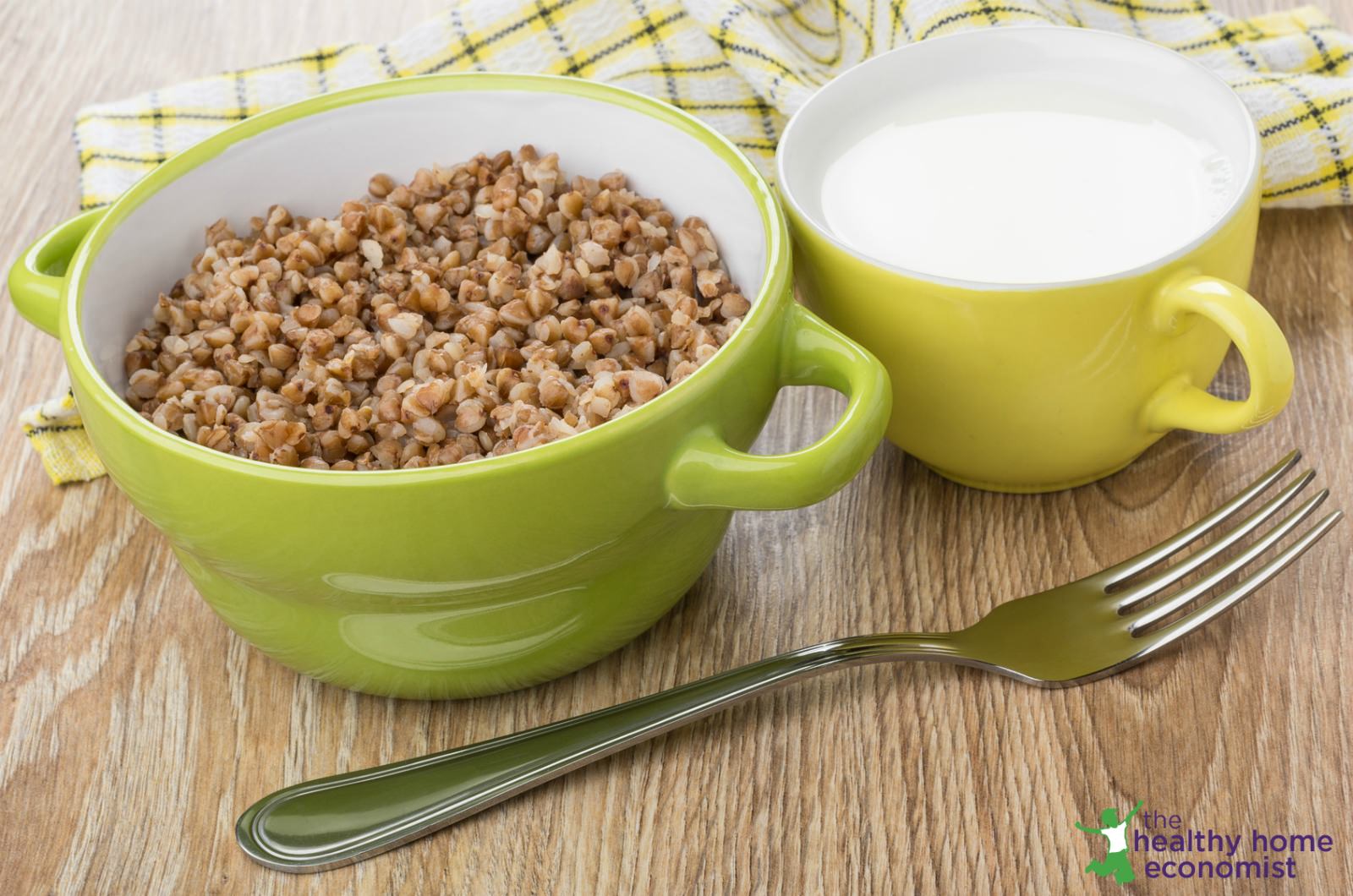 Some of the first recipes ever posted on this blog included a series of videos on how to make healthy, cold breakfast cereal.  These posts proved to be very popular as getting off the toxic and very unhealthy boxed cereals at the store can be quite difficult to do. Learning to make a delicious, healthy version at home helps tremendously in eliminating this processed food from your home for good.

I have always made this particular recipe with soft white wheat or spelt as my family does not have any wheat allergies and, let’s face it, wheat is delicious!   If you soak it for 24 hours beforehand in the proper soaking medium as shown in the video, the gluten is so effectively broken down that even those with wheat allergies can usually enjoy this wonderful food again!

A couple of weeks after I posted those videos, Tiffany of The Coconut Mama, wrote a post about my cereal recipe and about how she made it with rice flour and quinoa flakes. Her gluten-free version also turned out terrific. Her husband said it reminded him of cinnamon toast crunch!

Tiffany inspired me with her blog to try my own gluten-free version. One of my favorite boxed cereals of all time, which I no longer ever buy or eat or course, is Arrowhead Mills’ Maple Buckwheat flakes. So, I decided to try making my cereal recipe with buckwheat flour since the recipe already calls for natural maple flavoring and maple syrup. Perhaps I could replicate the Maple Buckwheat flakes in a healthy form?

Never having used buckwheat before, I went to the store and located a bag of buckwheat groats.   I took them home and ground them into buckwheat flour in my grinder.  I then soaked the buckwheat in clabbered milk for 24 hours.

Remember – even though buckwheat is gluten-free, there are still anti-nutrients like phytic acid that need to be broken down, so soaking is still a required step.

After soaking, I began mixing the flour with the other remaining ingredients. I noticed that the batter had a rather strong buckwheat smell, but I figured this would go away after baking.

It didn’t. It got worse from there.

The buckwheat coffee cake that came out of the oven looked beautiful and had an amazing texture to it as I crumbled it onto cookie sheets for the last step – drying.  However, the buckwheat smell had become rather overpowering and even one of my children commented that the “kitchen smelled bad”.

Undeterred, I put the crumbled buckwheat into the oven to dry out into cereal. I cut a few small squares of the coffee cake to try a bit.   I didn’t like it much, but it wasn’t terrible.   My husband liked it ok, but my oldest after taking a bite and hesitating for a moment said,  “Mom, I think you might not want to make this again.”

I figured I might as well dry out the cake into cereal anyway – maybe it would taste ok with raisins and milk, I reasoned.

I went to bed shortly after putting the crumbled buckwheat in the warm oven.   I’ve always loved drying out the cereal overnight as when I wake up in the morning, the lovely cinnamon/maple flavor fills the house like a bowl of potpourri.

That sure didn’t happen with the buckwheat cereal.    As the cereal began to dry out, it gave off this strong buckwheat smell that was so overpowering that it engulfed the entire house all the way back into the bedroom area.    About 2 am, I awoke nauseated and realized that it was the cereal smell that was making me sick!

I wouldn’t even open the oven.   I decided to wait until the next morning to throw the entire disaster into the trash bin.

In hindsight, I think the buckwheat cereal was a good idea, but making it with 6 cups of buckwheat flour was way too much.   I had no idea buckwheat was such an overpowering flavor!

Bottom line?  I should have checked the ingredients on the Arrowhead Mills cereal first and I would have seen than it was mixed with brown rice flour and wasn’t exclusively buckwheat flour!

A few of you have emailed me about trying the buckwheat cereal as I tweeted that I was going to try it before the entire disaster unfolded.    So beware – make sure you only use 1 cup of buckwheat flour and 5 cups of some other flour else you may find a family mutiny on your hands!

The Truth About Raw Oats. Should You Really Be Eating Them?