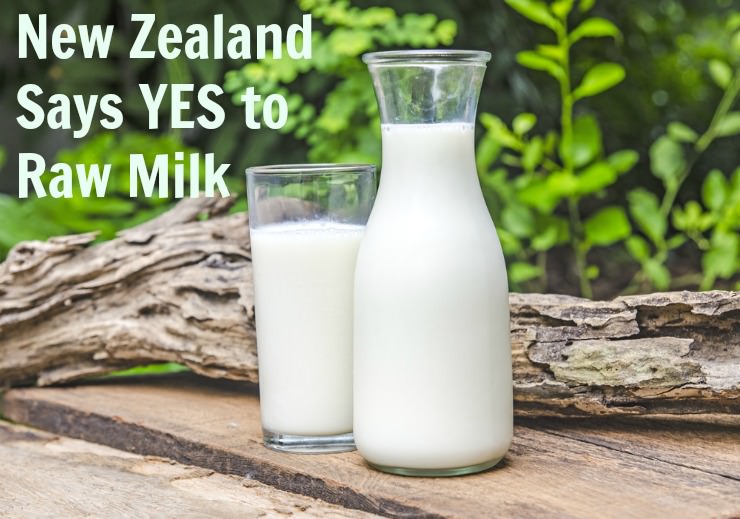 Bowing to strong public pressure about the right to buy and drink raw milk, the New Zealand government has unveiled new rules which permit farmers to sell this most basic, probiotic rich and nutritious of foods directly to consumers.

Direct farm sales include home deliveries of raw milk to both rural and urban consumers, paving the way for the return of the beloved milkman.

Food Safety Minister Jo Goodhew said that the New Zealand government has “worked hard to find the right balance between managing the risks to public health while recognising the demand from rural and urban consumers to access raw milk.”

It seems that despite the forward thinking decision, New Zealand government officials are sadly still in the dark about how safe raw milk really is compared with other foods as gleaned from data provided by the Centers for Disease Control.

Research by Ted Beals MD in 2011 examined an exhaustive list of published reports of illness attributed to raw milk from 1999 to 2010. During that eleven-year period, illnesses attributed to raw milk averaged only 42 per year. There were no deaths. The calculation of raw milk illnesses on a per person basis comes from the Centers for Disease Control (CDC) FoodNet survey, which found that 3 percent of the population consumes raw milk, or about 9.4 million people, based on the 2010 census.

Extrapolating these government figures for the entire United States population, Dr. Beals established that a person is about 35,000 times more likely to get sick from other foods than from raw milk.

Fortunately, the misguided belief that raw milk is an inherently dangerous and high risk food did not prevent the New Zealand government from doing the right thing in paving the way for consumer access. A number of options had been investigated during the government review which included the complete prohibition of raw milk sales or at least limiting the volume available to the public. Both of these plans were dropped in favor of direct and unlimited farm sales including home delivery.

Goodhew said that the new requirements for New Zealand farmers who sell raw milk will come into effect on March 1, 2016.

How to Identify a Safe Green Vegetable Powder

7 Healthy Ways to Use Matcha in the Kitchen