Healthy Home Economist / Healthy Living / Meat or Soy: Will the Real Cause of Bone Loss Please Stand Up?

Meat or Soy: Will the Real Cause of Bone Loss Please Stand Up? 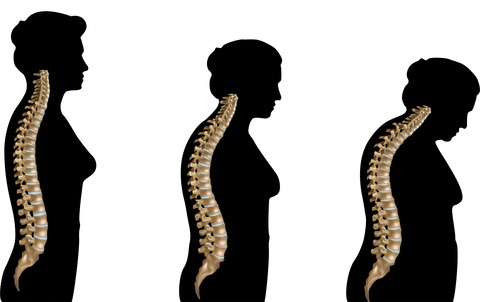 The soy industry has done it’s best to fan women’s fears about bone loss, blame meat for the osteoporosis epidemic and promote soy milk and other products as the solution.

Consumers who bone up on the issue, however, will find that soy has only a rickety leg to stand on. And the soy industry itself knows this!

Between 2001 and 2005, I attended three symposia sponsored by the soy industry entitled “The Role of Soy in the Prevention and Treatment of Chronic Disease,” where I had the pleasure of watching embarrassed researchers squirm as they apologized for their failure to find a consistent bone-sparing effect and try to explain that the dose must have been either “suboptimal” or “excessive.”

In other words, they all know soy “works” . . . now if they could only find the perfect dose, correct formula or right age to initiate preventive treatment!

In 2006, very bad news came for the soy industry when Yale researchers writing for the Journal of Nutrition concluded:

“These data indicate that when soy protein is substituted for meat protein, there is an acute decline in dietary calcium bioavailability.”

This finding, of course, should have exploded once and for all the myth that eating meat and eggs results in a loss of calcium, leading the body to strip calcium from storage in the bones, ultimately causing osteopenia or osteoporosis.

But no such luck.

To this day the myth gets repeated, and if any science is cited at all, it’s most likely from an article that ran in the Journal of Clinical Endocrinology and Metabolism back in 1988. Let’s talk about that one:

The soy, egg and dairy people were in the middle. The researchers concluded, “The inability to compensate for the animal protein-induced calciuric response (calcium in the urine) may be a risk factor for the development of osteoporosis.”

When this study comes up — which it often does in the pro plant-based diet literature — the authors never mention that the 15 subjects spent a grand total of 12 days testing each type of food. This was just enough time for their bodies to react to unexpectedly high levels of sulfur proteins, but not enough time for the body to normalize and handle the sulfur load.

Calcium homeostasis is normally well regulated so that increased calcium loss through the urine results in increased calcium absorption from the gut. This adaptive process may fail to occur during short-term studies, though the human body is more than capable of adjusting to the sulfur load of real foods when given a proper time frame.

The fallacy of most other studies linking sulfur-rich animals foods to high calcium excretion is equally easy to find. The majority of the experiments feature overdoses of the isolated amino acids methionine, cysteine and cystine without providing adequate levels of vitamin B6 and the extra hydrochloric acid needed to process this high amino acid load.

Notably, people and animals fed Real Food have not experienced the same problems.

The B6 issue is critical because the active form of B6 (pyridoxal-5-phosphate) is the coenzyme for the enzyme needed for proper conversion of sulfur-containing amino acids (cystathionine synthetase). The best and most available sources of vitamin B6 are raw animal foods, such as raw meat, raw milk and raw cheese. As it happens, these foods are also good sources of  sulfur.

To date, only one study convincingly suggests that soy might prevent osteoporosis.

Published in the May 2006 issue of Journal of Nutrition, it pertains to a food made from fermented soybeans rarely sold in the U.S. In the case of this food called natto, the bone building doesn’t come from the miracle bean itself, but from the Vitamin K2 manufactured by the bacteria involved in the fermentation process.

Vitamin K2 is crucial for bone health and conspicuously absent from soy milk or any other modern soybean products. But don’t expect to find natto in the stores anytime soon as few Americans appreciate its sticky coat, cheesy texture, musty taste, sliminess, stringiness and pungent odor.

Butter and lacto-fermented foods like sauerkraut are the best sources of vitamin K2 in western diets.

As for soy milk and other modern soy products, more than 70 years of soy studies link it to thyroid problems, particularly hypothyroidism with its familiar symptoms of weight gain, fatigue, malaise and lethargy. Hypothyroidism itself is a known risk factor for osteoporosis.

Those two reported an effect of soy isoflavones at doses of 54 mg per day at the lumbar spine and femoral neck, which was accompanied by a significant increase in markers of bone formation and a significant decrease in markers of bone resorption. However, the panel noted that such changes in BMD at the lumbar spine seen in short term studies (six to nine months) could have “resulted from a change in the remodeling balance which may not be retained in subsequent remodeling cycles” and that “the evidence for a mechanism by which soy isoflavones may exert an effect on bone mass and turnover in post-menopausal women is weak.”

As for the other 12 studies, they did not support bone health despite dosages of soy isoflavones as high as 200 mg per day. The soy industry declared it was “surprised” and “disappointed.”

The takeaway?  Other than the vitamin K2 found abundantly in natto, soybean products have little to offer our bones and much to harm them.

Daniel, Kaayla. Nothing natty about natto, but the strings of slime are good for you.

You Know Real Food is Going Mainstream When …