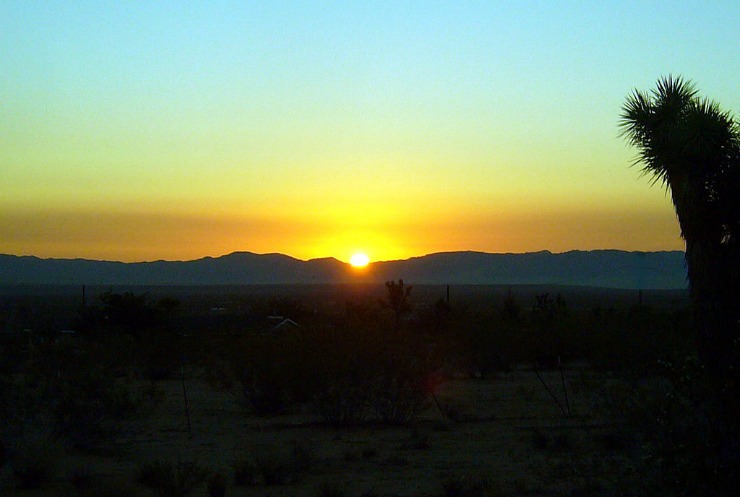 Most are well aware that sunlight exposure is a means to increasing vitamin D levels, yet at the same time we are told to avoid sun exposure especially at midday as it has been implicated in skin cancer, skin damage and premature aging.

The truth is that sensible, non-burning sun exposure preferably at midday with no sunscreen applied is critical to health and not just because it can dramatically boost Vitamin D levels into optimal range. There are many other benefits the sun provides our skin and body that are not commonly known by most people. These natural treatments using the sun are traditionally known as heliotherapy.

While Vitamin D is crucial in healing and maintaining skin health, the benefits of sunlight exposure go much deeper. I first personally experienced this when my acne and skin was at its worst. I would notice that during vacations to the beach, my skin became dramatically clearer with no breakouts. Nothing else changed besides my time in the sun. In fact, my diet was less stringent and sleep wasn’t as important when I was younger. To this day, my skin never looks better than when I am in tropical sunny weather.

Healing Properties of the Sun

A recent client came to me with a severe case of acne and full-body eczema. We later found out that he also had severe yeast overgrowth. After three months on an anti-yeast protocol including diet, supplementation and a focus on anti-inflammatory foods and lifestyle, I was sure it would start to break up and dissipate.

Unfortunately, this was not the case. Just as I was going back to the drawing board, he told me he was going on a vacation to Mexico. I immediately was terrified at the thought of corn and tequila exposure, thinking it could possibly set him back. Our next meeting together, after he had returned he proceeded to tell me his back had burned from being out in the sun for too long. Much to our surprise, his eczema and acne had cleared in the areas that had sun exposure, but was still red in the areas that had not been exposed.

Coincidence? I think not.

It may sound counterintuitive, but sunbathing in moderation can be healing for the skin, although we must consider fairer complexions that originate from places far north or far south from the equator and may not adapt as quickly to bronzing of the skin. There is something to be said for those who traditionally live in tropical climates and adapt to having firmer, stronger, smoother skin, with a complexion usually free of blemishes, pimples and rashes.

Today more than ever in history, we have dozens of skin diseases affecting people. Although there are many factors that contribute to this, including diet, we can’t ignore the fact that compared to all past generations, today we are extremely limited to the amount of time in the open air and sunshine.

Up until the past two-hundred years, people lived and worked outdoors under the sunlight for hours at a time. Today, we wake up to the sound of our alarms instead of the natural light. We then drive to work in our car and stay in our offices for the next 8 hours, only to leave when the sun is setting, and by the time we make it through traffic and get home, it has set. It’s no wonder why more than half of the general population is vitamin D deficient. This statistic according to the Center for Disease Control and Prevention.

It was only recently that sunlight and sunbathing has gotten a bad reputation in our culture and medical community.  According to history, the first recorded instances of sunbathing were found in ancient Greece, Egypt, Rome, Babylon, Assyria, and Persia. The physicians of this time considered the sun to be “the best food and medicine in the world”.

Although I am an advocate of supplementing with vitamin D when needed, I believe we also need to take advantage of the body’s ability to reap nutritional benefits from our natural resources that can provide many other health benefits than just taking synthetic vitamin D. Dr G D Babbitt, author of the book, Human Culture and Cure, sums it up well:

”There is a vast array of forces of every kind, including iron, magnesium, sodium, carbon, and other elements conveyed by the sunlight, but why shall we not take these elements in their ordinary form from our drugstores, and not go to the trouble of taking sun-baths? Because when these elements are given us in so refined a form, as to come directly from the sun as an ether, or to float skywards and be driven to us by the solar rays, they must be far more penetrating, enduring, safe, pleasant, and up-building to the mental system than if they were used in a crude form.”

Harnessing the Power of Heliotherapy

Beginning in the late 1800s, heliotherapy became a large part in the treatment for tuberculosis (of the bones- due to lack of vitamin D), and many conditions for joints and skin. In 1903, Niels Ryberg Finsen discovered that UV radiation benefited those who had been diagnosed with a skin condition, lupus vulgaris. He was awarded a Nobel Prize in treating a disease using concentrated light radiation, advancing treatment for medical science. He believed that the UV radiation killed the bacteria which created the disease, which is exactly what sunlight has the ability to do.

Heliotherapy, which mimics healthy sunlight exposure, has proven to be a successful treatment in many conditions that also provide a wide range of benefits for the entire body. Plant and animal life is dependent on the sun’s natural light. If we look closely, we see that life is most abundant on earth where the sun’s rays and intensity is the greatest, such as the tropics. Compare this to the arctic regions where both plant and animal life here are sparse. The warmer the climate becomes, the more widespread and vibrant life is.

If moving to the tropics is not going to happen for you, fear not. Any sun exposure is better than none, but there is also light therapy that can provide similar benefits in recovery from a skin condition that is not responding to other interventions.

More than 400 independent clinical studies have shown that UVB Narrowband lamps are the most effective for the treatment of psoriasis and vitiligo, as well as other skin diseases.

Using UVB light treatment to target skin with the type of UV light that provides therapeutic benefits provides faster clearing and less sun burning. This is because UVB lamps require no photo-sensitizing agents, which is a great option for those who have light-skinned, as darkly pigmented skin has the ability to block harmful radiation much better.

You may also consider talking with your doctor about a prescription for a UVB based, heliotherapy type lamp which is sometimes even covered by medical insurance.

According to The National Psoriasis Foundation, vitamin D, as well as the UV rays from sunlight exposure, can help clear or prevent psoriasis plaques and boost immunity. The same has been shown with eczema.  Overall we see the healing power of sunlight over and over again, showing evidence of reducing inflammation throughout the body.

As incredible a medicine as sunlight can be, we have also witnessed its damaging effects if we aren’t thoughtful and dismissive of its power. Here are some tips to help you get the most health benefits from the sun’s rays without suffering the damaging effects:

Why I Get Midday Sun and Take Cod Liver Oil

Gut Problems?  Get that Belly in the Sun!

Carla Hernandez is a Registered Dietician Nutritionist (RDN) and Certified Nutritional Therapy Practitioner (NTP) and the founder of Wise Roots Nutrition. She uses nutrition, diet and lifestyle interventions to support physiological mechanisms within the body. She specializes in Digestive Issues, Weight Loss and Skin Conditions.

Detox Baths: Which Ones are Best and for What Ailments