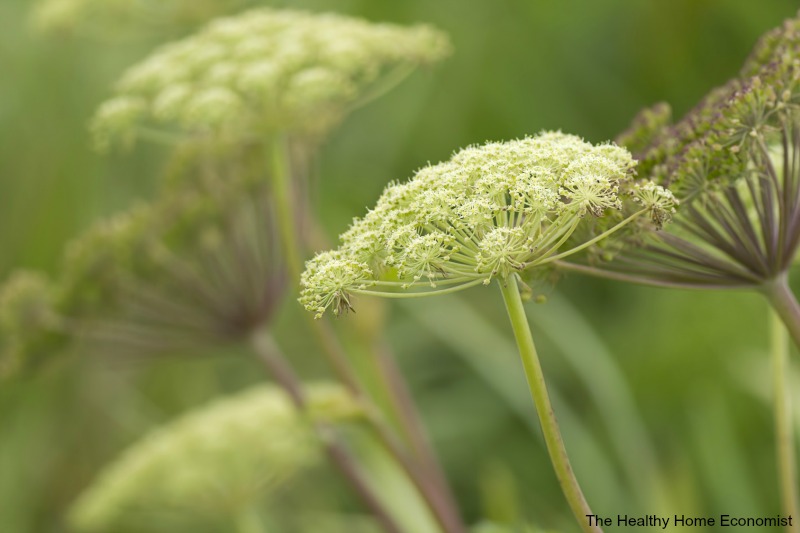 I’ve written before on the highly effective use of fertility herbs in women. I myself used herbs to encourage fertility with my first pregnancy as my husband and I did not attempt to start a family until I was well into my 30’s.

Once we discovered the wonders of Traditional Diet, however, I no longer needed any herbal assistance with later pregnancies. Herbs are also highly effective at dampening fertility in order to naturally and safely prevent pregnancy. When would such use of natural birth control be beneficial?

For one, herbal birth control would be helpful to use between pregnancies in order to space children 3-4 years apart. This allows Mom to adequately replenish her nutritional stores so that later children are just as healthy, smart and capable as the first. Spacing children a minimum of 3 years apart (birthday to birthday) was rigorously practiced in ancestral cultures. It preserves Mom’s health and prevents exhaustion and nutritional deficiency for her too.

Natural methods of birth control are always preferable to chemically based agents such as spermicides, contraceptive patches, and IUDs which emit synthetic hormones, or the contraceptive pill which decimates the balance of gut flora and can lead to autoimmune disease in the mother and any children born later.

Even IUDs that emit only copper instead of hormones to prevent pregnancy should be avoided as copper toxicity is a very real and dangerous side effect of using these devices.   According to Theresa Vernon, LAc author of the article Metals and the Mind:

If adrenal function becomes impaired, the copper builds up in the liver, brain, joints, and lungs. When this happens, you see very specific problems, including mental problems, liver problems, and detoxification problems. Phase II liver impairment is often made worse by copper toxicity, if not actually caused by it.

You also see a lot of copper toxicity with asthma and breathing problems, including emphysema. Copper also tends to build up in the joints, leading to arthritis. Chronic skin problems are also an indication of copper toxicity.

Low adrenal function is an epidemic in our modern society.  If you doubt this, just walk into any convenience store and notice the enormous display of energy shots and drinks that are available for sale. Not to mention that a Starbucks or other coffee shop is virtually on every corner of most major cities. Americans have serious adrenal health problems. As a result, many are addicted to caffeine and sugar as a way to make it through the day. This makes any excess copper in the system a huge health problem!

Artificial contraception may be tempting in the short term. However, it is clearly not a great idea if preserving your long term hormone and gut health is important to you.

The use of anti-fertility herbs along with a simple barrier method such as the female or male condom that is not treated with chemicals (such as natural lambskin) works very effectively for preventing pregnancy.  This option is especially attractive for health-conscious women who are not particularly turned on by the thought of charting their cycles, taking their basal metabolic temperature every morning, checking the stretchiness of their vaginal secretions and practicing selective abstinence a la Natural Family Planning which for some ladies over analyzes and saps the spontaneity out of what should be a very natural, uncomplicated and enjoyable event.

So if herbal birth control appeals to you, here are the different types and how they work as outlined in the very helpful book Wise Woman Herbal for the Childbearing Year.   Please note that if sourcing your own herbs is new to you, a well-respected herbalist or acupuncturist in your area can put together a bag of herbs to assist you with natural birth control for an extremely reasonable cost.   These professionally sourced herbs mixed in the proper proportions can then be used to prepare a cold or a hot herbal infusion that you drink periodically to keep fertility in check and under your control.

Stoneseed Root.   Women of the Dakota Indian tribes used this extremely powerful herb as a root infusion steeped in cold water for several hours.  They then drank a cup every day for 6 months. The Dakota women also practiced breathing in the smoke of the plant as it burned to induce permanent sterility.

Jack in the Pulpit Root.   This root is less powerful than stoneseed root and is prepared by mixing one tsp of the dried powdered root in a half cup of cold water.  The liquid is then strained and was consumed by women of the Hopi Tribe.    Conception was prevented for one week by doing this.

Wild Carrot Seed (Queen Anne’s Lace).  This oily and strong tasting but not unpleasant herb is particularly useful if an “oops” occurs and unprotected relations take place during the fertile time. One teaspoon of carrot seeds is taken immediately and continued each day for another 7 days.

The women of Rajasthan, India use carrot seed for this exact purpose. While wild carrot seed is not commercially available, cultivated carrot seeds can be substituted but be sure to check that they haven’t been treated with chemicals or other toxic substances.

Research in mice has proven the effectiveness of carrot seed to prevent implantation.

Smartweed Leaves.  A common weed that grows all over the world, smartweed contains rutin, quercetin, and gallic acid. All of these substances interfere with the initiation of pregnancy.

An infusion of one ounce of dried leaves (or 4 ounces of fresh leaves) in a quart of boiling water is consumed liberally until menstruation begins.

Like carrot seed, smartweed may also be used after relations occur on fertile days or to bring on menstruation if the period is late.

Rutin.  This phenolic compound can be purchased in tablet form. A minimum of 500 mg should be taken daily for several days before and following ovulation. Another option is to consume rutin after sexual relations and continue each day until menstruation begins.

Ginger root.  Ginger is perhaps the fastest acting menstruation initiating herb you can use. Put 1 tsp of powdered organic ginger root into a cup and pour boiling water over it. Drink when the water cools to a temperature which is still hot but comfortable. Drink up to 4 cups per day for no more than 5 days.

Vitamin C. While plain ascorbic acid is not the natural form of Vitamin C, it can be used therapeutically on occasion to bring on menstruation if necessary. Take 500 mg every hour for 12 hours each day for up to 6 days maximum. The use of ascorbic acid in this high dosage may also produce loose bowels as a side effect.