Advice from board certified medical doctors that would have any rational patient seeking a second opinion in a hurry! 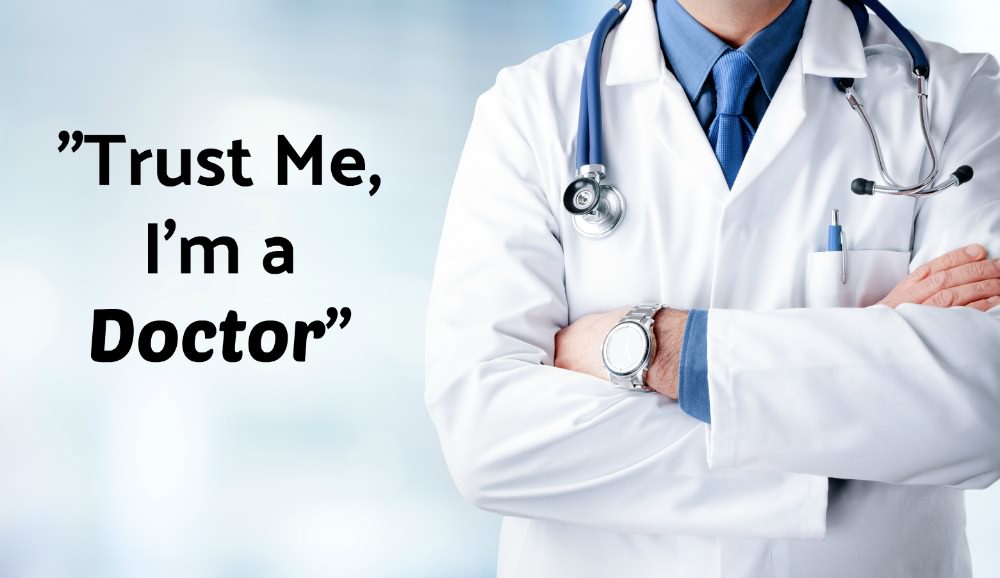 This article on actual doctors’ advice given to patients got its start via social media when I noticed that two parents had posted what a conventional health practitioner had suggested as an ideal food for their children.

One mother said her nutritionist instructed her to feed her toddler Salisbury steak frozen dinners as it “was complete nutrition”.  The second suggestion was from a pediatrician who recommended supermarket hot dogs as a first food for a weaning baby “because they are soft and easy to chew”.

The overwhelming response to this criticism was that the discussion was in fact very helpful as it was demonstrating to people that outrageous doctors’ advice is given to patients all the time not just by their primary caregivers but also other medical personnel as well. Bottom line? Don’t blindly follow their advice.

In addition, no doctors or medical practitioners were named in that forum, so there was not or single case of finger-pointing or rumor-mongering. The discussion was a simple sharing of experiences to the benefit of those who participated.

~An informed patient is a conventional doctor’s worst customer~

Unfortunately, FB has deleted the original thread listing all 578+ comments on actual doctors’ advice given to patients, but at least some of the most ridiculous ones are preserved here!

Yerba Mate: When to Enjoy, When to Avoid