Half of Doctors Routinely Prescribe Drugs They Know Won’t Work 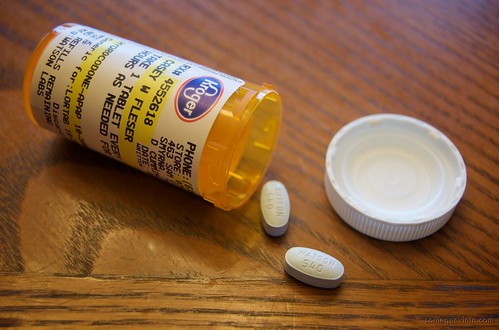 Not sure if this will surprise you or not. I was actually rather taken aback.

Almost HALF of Americans are on some sort of prescription drug.

This includes children by the way, it’s not just adults.

Americans are truly a drugged up nation yet thorough examination of the situation reveals that most prescription drugs only work for 30% of the people for which they are originally intended!

The most popular drug prescribed by doctors is by far antidepressants although these drugs work no better than a placebo.  Even “talk therapy” was found to work 20% more effectively than antidepressants in clinical trials.

Why are half of doctors (by their own admission) routinely prescribing drugs they know won’t work and despite the fact that 85% of new drugs hitting the market have been found through research to provide little to no benefit to their patients?

Psychiatrists, for example, earn twice as much when they prescribe drugs instead of therapy for their patients.

It’s easy to point the finger at Big Pharma and corporate greed in general as the cause of America’s drug woes.  The fact is that many doctors are complicit and just as guilty.  If doctors refused to go along with the drug companies’ shenanigans, the game would be over tomorrow.

Big Pharma has your doc’s back though.  $7 Billion was paid out by the pharmaceutical industry between 2007 and 2010 for lawsuits where doctors were actually paid to prescribe drugs for unapproved uses.

Insist on the 10 Year Rule

The best way to protect yourself from falling victim to unnecessary prescription use is to question when a doctor writes you a script rather than dutifully filling it without a second thought which is what most people do.

Do you really need this drug? Would wiser lifestyle choices result in a better outcome long term? Would herbs or natural therapies produce the same improvements without any risk of toxic side effects?

If you do feel that you need the drug for whatever reason, be sure to research it yourself and determine whether it is really as effective as marketed.   A good rule of thumb is to insist that your doctor only prescribe you a drug that has been on the market for at least 10 years.  This is the rule my father used when prescribing for his patients and he never felt like he was being overcautious in his approach.

By using the 10 year rule, he knew it was highly unlikely his patients would turn out to be guinea pigs for the drug companies and that the drugs his patients did take under his guidance would most likely work as he anticipated given that they had been on the market for awhile.

What is your doctor’s drug prescribing philosophy?   It might be worth your while to ask a few questions and find out.

Source:  We Pop Way Too Many Pills and They Don’t Even Work

Olympians Warned Not To Eat Liver