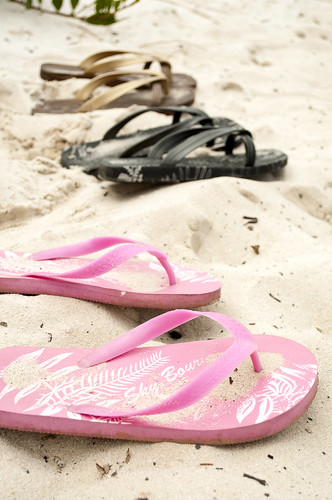 It’s hard to believe Autumn is nearly here. Summer has absolutely flown by, but that’s kind of the way it is when you’re out of routine with the kids home from school and summer camp and vacations to enjoy.

As for me, I can’t say that I’m sorry to see our very, very wet summer end and some cooler, drier air filter in at last!  The past few days we haven’t had a drop of rain for the first time in weeks!

I never thought I’d be happy to see the love bugs appear which herald the coming of Fall in Florida, but the other day I was very excited to see a few flitting round our front doorstep and felt a sense of relief knowing that the rainy season was finally ending.

Out of curiosity, I took a look at which posts were the most popular over the Summer of 2012, and I was rather surprised, so I thought I would share the Top Ten list with you.

What surprised me the most is that only one of them was actually written this summer!  That’s one of the many interesting things about a blog. Some articles tend to get more popular as time goes by.

Here’s the list in reverse order … do you remember any of these?

9) Why Skim Milk Will Make You Fat and Give You Heart Disease – This oldie but goodie post was the most popular blog from 2010.  Can you believe some folks actually still think skim milk is healthy? Sheesh. That is sooooo last century people!

8) Coconut and Almond Milk in Cartons Not a Healthy Buy – There are a lot of folks out there buying what they think are healthy beverages for their family that are anything but.   I blow the lid off of cartoned almond and coconut milk in this post.

7) How I Healed My Child’s Cavity – This post was the most popular post from 2011 and continues to enthrall new readers with the notion that cavities can actually heal with proper nutrition.  I am excited to tell all of you that I will be interviewed in depth about the experience described in this post as well as healing cavities in my other 2 children and even in myself in the upcoming OraWellness Health Summit.   More to come on this in the next few weeks!

6) How the Pill Can Harm Your Future Child’s Health – In clearly the most bizarre thing that has ever happened to me as a blogger, this post was plagiarized by a Senator in the Philippines and word for word sections of it were actually included in a speech he gave to the entire Senate.  You just never know where a blog post is going to go when you write it, eh?   Life is certainly much stranger than fiction!

5) How Green Smoothies Can Devastate Your Health – Wow, did this post ever hit a raw nerve with some people!  One of the most commented posts ever on this blog.

4) How to Have a Natural Miscarriage (No D&C) – This post was a guest blog from Stephanie Brandt Cornais at Mama and Baby Love.  This very helpful article describes the holistic approach she used to deal with a tragedy of a natural miscarriage in order to avoid the trauma of a D&C.

3) On Plagiarism, The Pill, and Presumptuousness – I wrote this post in response to the very pompous and arrogant Senator from the Philippines who plagiarized my blog, twisted my words for his own political gain, and then refused to admit he was wrong and even justified his actions as totally legal.   The story got a mention in an op-ed in the New York Times last week, which was really cool.   This definitely made all the rude and condescending comments sent in my direction totally worth it which came from the Senator and his inept staff when I insisted that plagiarism was indeed wrong and that my blog was not, in fact, available for copy/paste without proper attribution.  Would these bozos actually claim plagiarism as legal if my blog posts were published via The Wall Street Journal online?  I don’t think so!

2)  Pinkeye: A Fast and Easy Home Remedy – This post proved to be popular all summer long.  I guess pinkeye was going around from all that swimming everyone was doing??   This method works great on animals too, by the way, as I’ve used it recently on one of our guinea pigs with great success.

1) Amazingly Effective, Nontoxic Fly Repellant – I guess the flies were really bad this summer as this post by far generated the most interest in the past 3 months.   The comments section runs the gamut of some folks swearing this trick works and others who say it is totally bogus.  The fact is, it works great for the flies in Florida.  If you have a fly problem, it is certainly worth a try!

Onward to Fall my friends!