Cheerios Tests Off the Charts (AGAIN) for Roundup 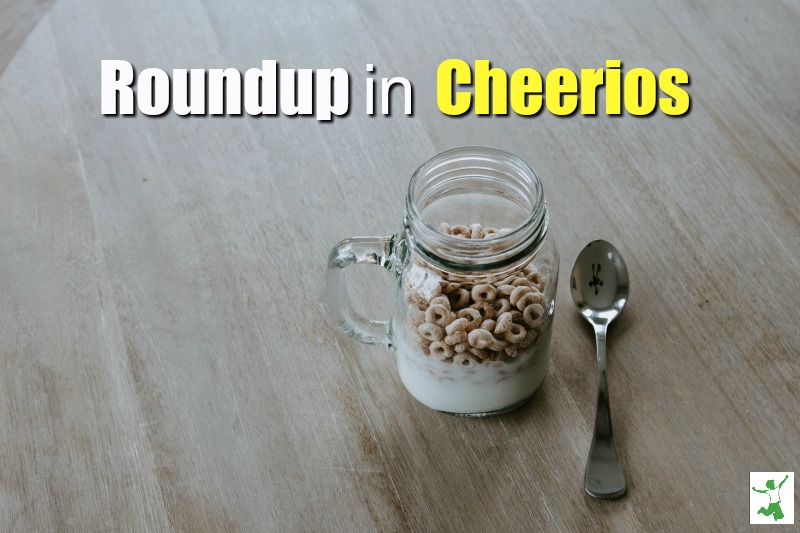 I’m not sure how it happened, but Cheerios somehow became the finger food of choice for older babies and toddlers several decades ago. Visit the mall or anywhere families hang out and, in short order, you will probably see a child in a stroller munching the familiar round snack.

This is troublesome as boxed cereal is toxic food. All brands, even organic, are incredibly hard to digest from the ultra-processing. Eating this type of food sets a child up for potential development of food allergies.

Worse, however, is the fact that auto-immunity triggering chemical residues are showing up in these products as well. Cheerios, in particular, are repeatedly testing off the charts for the herbicide glyphosate.

Glyphosate is the active ingredient in Roundup weedkiller and related products. Its manufacturer, Monsanto-Bayer, is the target of thousands of pending lawsuits brought by plaintiffs who contracted cancer after using it.

In a nutshell, glyphosate lethally disrupts the healthy functioning of beneficial gut microbes. When this happens, gut dysbiosis begins to take hold setting up the perfect conditions for the potential development of a multitude of autoimmune conditions such as cancer.

The International Agency for Research on Cancer, a part of the World Health Organization, classified glyphosate as “probably carcinogenic to humans” in 2015. (1)

In 2017, glyphosate was classified as a known carcinogen by California’s Office of Environmental Health Hazard Assessment. (2)

Clearly, General Mills, maker of Cheerios, doesn’t seem to care as it continues to source the oats used to make its child-targeted products from contaminated suppliers.

This is over seven times the Environmental Working Group’s children’s health benchmark of 160 ppb!

In the latest round of tests 3 years later, the Environmental Working Group found that Cheerios continues to take first place for having the highest glyphosate residue of all the oat-based products tested.

According to the EWG:

The two highest levels of glyphosate were found in Honey Nut Cheerios Medley Crunch, with 833 parts per billion, or ppb, and Cheerios, with 729 ppb. The EWG children’s health benchmark is 160 ppb.

The weedkiller, produced by Bayer-Monsanto, was detected in all 21 oat-based cereal and snack products sampled in a new round of testing commissioned by the Environmental Working Group. All but four products contained levels of glyphosate higher than what EWG scientists consider protective for children’s health with a sufficient margin of safety. (4, 5)

This is consistent with the EWG findings from 2018 as well.

Thus, three sets of tests from 2016-2019 from two different organizations (the Detox Project and the EWG) have all come back with similar findings. Cheerios and related products contain obscenely high levels of glyphosate residue…many times higher than the children’s health benchmark of 160 ppb.

Parents would be wise to avoid Cheerios and related commercial cereals, granola bars and other snacks that contain oats and wheat.

The risk for glyphosate residue is just too high!

Unfortunately, organic versions of these snacks are still quite hard to digest even if they are free of weedkiller residue.

If your child loves cold cereals here are some recipes to consider. They are easy to make at home and are both nourishing and tasty!

If you are traveling with no access to a kitchen and must buy something, this brand of sprouted organic Oat O’s is acceptable on a very occasional basis. Just don’t make it a regular habit!

Also, it is best to only give to children older than age one who can better digest grains. 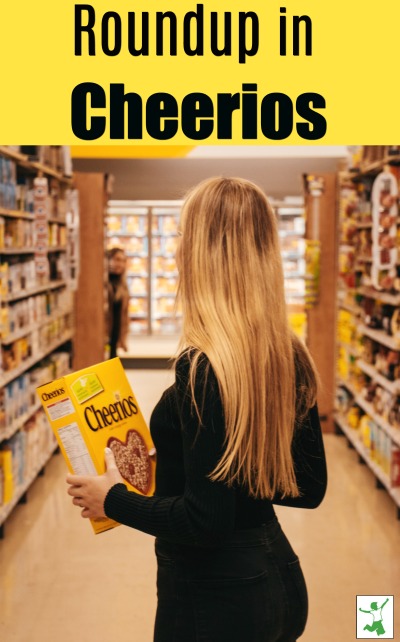