4 Ways to Avoid EMF Exposure from Laptops and Notebooks 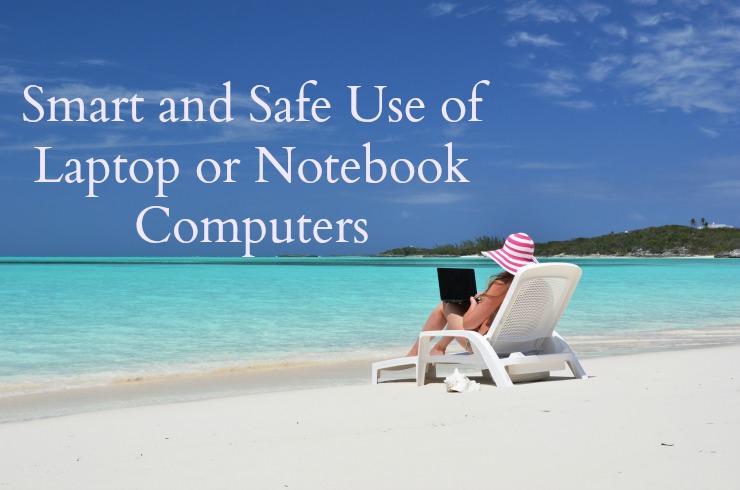 If you’ve enjoyed the convenience of using your laptop or notebook computer to get work done while snuggled into bed, reclined on the couch, sitting as a passenger on a road trip, or sipping a hot drink at the local coffee shop, it may be time to reconsider your computer-clicking habits.

Over the past few years, a startling string of studies has implicated laptops as a prime source of harmful electromagnetic radiation (or EMF) emissions. Not surprisingly, experts have revealed that the health risks associated with using laptops and notebooks are highest when the devices are used in close proximity to the body. Despite the catchy name …

laptop computers are not safe to use from the lap

The past decade has brought with it dramatic changes in the structure and function of computer technology. Bulky old-fashioned desktop computers are being swapped for sleek silver notebooks, and tablets have emerged as a handy option for reading, gaming and shopping on-the-go. According to a recent Gallup poll, 64% of Americans now own laptop computers and another 38% tablets; and these rates are on the rise.

Not only have these new-fangled computer options become increasingly sleek and attractive, but they are ever-more lightweight and portable as well. No longer are computers confined to a typical office setting with a clunky desk and uncomfortable rolling chair. Laptops and tablets are now available for use both anytime and anywhere. This is due to the explosion of mobile phone towers and antennas that provide wide connectivity coverage.

One problem with this trend towards mobilization is that we are now in ever-closer bodily contact with these devices. Laptops lay directly on the legs and pelvis. Tablets are carried right under the arm and close to vital organs. For many individuals, these gadgets have become more like extensions of the body than tools used for work and occasional leisure.

What’s more, this physical attachment has cultivated a dramatic rise in the amount of time used interfacing with these gadgets. Nielsen report data reported that the average American spends over 11 hours per day on electronic media. To put things into perspective, that’s about 70% of waking hours spent immersed in the digital world.

Concerns with EMFs from Laptops and Notebooks

For machines that have become so commonplace, we still understand surprisingly little about the safety of mobile networks and computers. One major concern that has emerged is the degree of electromagnetic radiation emitted from laptops, notebooks, and similar devices.

It is important to mention that electromagnetic energy is not inherently bad!

The earth is a natural source of powerful positive and negative charges that interact with one another to create many of the familiar phenomena in our environment. The majestic show of a thunderstorm, for example, results from a turbulent build-up of electrical charge in the atmosphere. The earth’s magnetic pull acts as a guiding force for the intricate annual migration patterns of fish and birds; it is also responsible for our own navigational behaviors by ensuring that the needle on a compass consistently orients North.

However, in addition to these diffuse organic sources, concentrated electromagnetic energy is produced from many man-made objects. The steady increase in electricity demand, domestic appliances, industrial tools, broadcasting, and now mobile technologies, has raised serious concerns about the cumulative effects of unnatural electromagnetic fields, or EMFs, on human health.

Types of EMFs from Laptops

Close and chronic exposure to these types of waves has been linked to negative biological consequences such as DNA fragmentation, dermatological irritation, and cancer according to this meta-analysis.

This study found that just four hours of laptop use created noticeable changes to the male reproductive tract, including decreased sperm count and compromised fertility.

Despite growing evidence of their negative health effects, no intelligible manufacturing or usage guidelines have been released regarding EMFs and computers. Research published in Archives of Environmental and Occupational Health, for example, tested five of the most popular laptop models and found that each one gave off EMF levels “considerably higher” than those deemed acceptable by recent emission guidelines.

Institutions such as the World Health Organization (WHO) have also stalled on taking a clear public stance on EMFs, as some of their literature boasts about the safety of mobile technologies, while other evidence-based documents list mobile devices use as a “Class B” carcinogen next to lead and engine exhaust. Perhaps vested interests have a part to play in the delay. Yet, all politics aside, one thing has become clear: chronic exposure to EMFs from laptops and tablets has not been proven universally safe.

It has, therefore, become up to the consumer to make educated decisions about wise and effective uses of computers and tablets that won’t harm health over the long haul.

4 Ways to Minimize EMFs from a Laptop or Tablet

The four strategies below outline how to safely use a laptop and/or tablet computer without overexposure from EMFs which carries health risks over the long term.

Most severe concerns about EMFs have to do with cumulative, long-term effects. By minimizing the number of hours spent gazing into the glow of the computer, you can protect your body from the collective damage of electrical currents.

The intensity of electromagnetic energy decreases with space from the source. In the case of laptop computers, for example, a distance of just one foot has been shown to decrease EMF strength by about 80%. Therefore, if possible, keep your laptop or tablet elevated with the screen at least this distance from the body when using it. As a bonus, these guidelines tend to help prevent eye strain and poor posture as well. Also, store laptops and tablets away from the body when not in use. Backpacks and purses that hang close to the body are usually not the best options for transport.

When the voltage increases, so do the electric field surrounding a device. Some experts have even estimated that the radiation flowing from a laptop increases near 100 fold when plugged in versus operating on battery power. Solution? Simply unplug while working on your computer as much as you can! Computer batteries are lasting longer than ever, and it is simply not necessary to keep them plugged in all the time to the detriment of your health.

Use an EMF Shield

Many people concerned with EMF overexposure are careful to use their speakerphone or a radiation canceling headset for their cellphone, but are doing nothing about their laptop or notebook computers! It is very important to use an EMF shield for these electronics as well.

If you tend to use your laptop or tablet right on your lap or a low desktop surface, consider investing in a physical shield that deflects EMFs from reaching the body. Most shields work by covering the bottom surface of the device, which is the largest area of contact and prime source of EMF outflow.

Not all of the shielding products available on the market are reliable or effective, so be sure to do your research. Unlike many others, the Defender Pad (for laptops) or Defender Shield (for the iPad or tablet computer) have been independently tested by the FCC to block the full electromagnetic spectrum, making them a reliable and scientifically proven option.

Protect yourself today! It is convenient, very affordable, and easy to do. 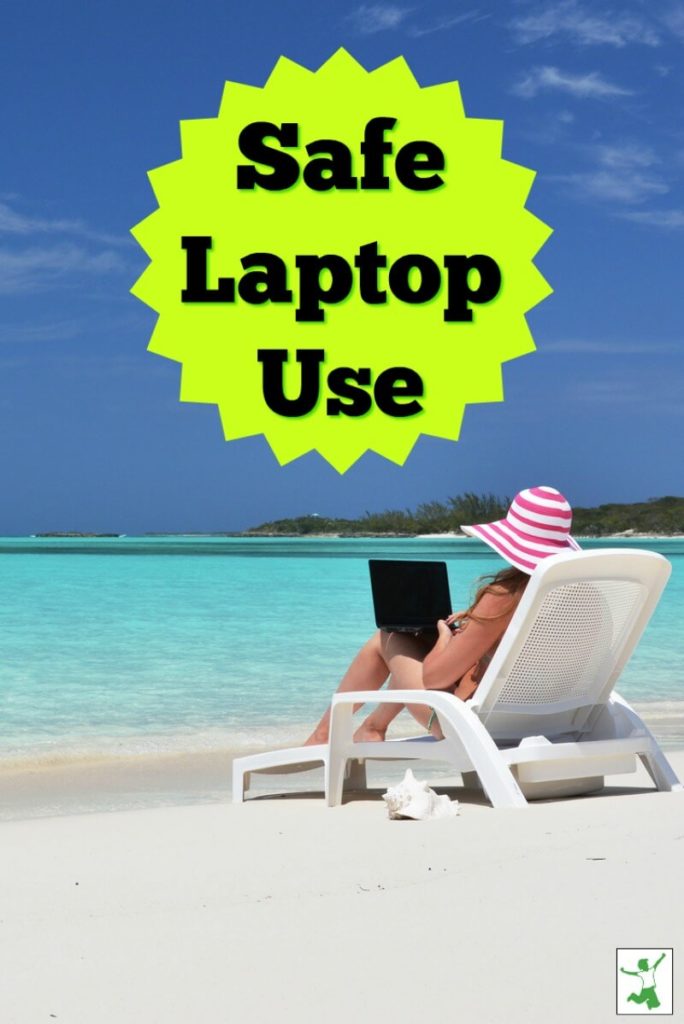 FitBit Safety Concerns
Reducing Exposure to Dirty Electricity
The Health Hazards of Wireless Baby Monitors
Harvard MD Speaks Out about the Health Dangers of Smart Meters
How to Protect Yourself from a Smart Meter
Are AMR Devices any Safer than Smart Meters?

Roundup: Quick Death for Weeds, Slow and Painful Death for You