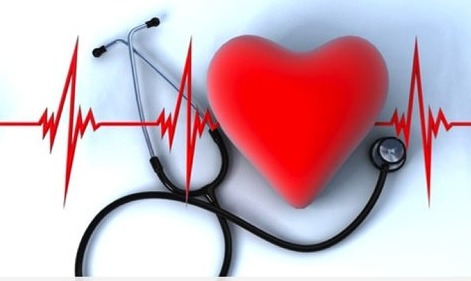 Has your doctor used the “you have high cholesterol” line on you yet?

Did hearing these grave words make your hands shake and your face go pale?

Did you immediately call or text your spouse after you left the doctor’s office?  Did you drive just a little too fast as you drove to the first pharmacy drive-thru to get your statin prescription filled?

It’s time to end the madness about high cholesterol, because you see, cholesterol isn’t going to kill you and contrary to conventional belief, it’s not going to make you drop dead of a heart attack if you don’t religiously take statin drugs for the rest of your life.

It’s time to start listening to those doctors who are telling us the truth: evaluating heart disease risk is far more complex than a snap evaluation of a single number like total cholesterol.

Furthermore, it’s time to carefully weigh the ample scientific evidence that cholesterol is actually beneficial, not detrimental, to our health!  Consider the research of Dr. Harlan Krumholz of the Department of Cardiovascular Medicine at Yale University, consistently ignored by the statin pushing crowd, who reported that old people with low cholesterol died twice as often from a heart attack as did old people with high cholesterol.

Besides the fact that “total cholesterol” is a meaningless number in and of itself, taking statin drugs carries huge health risks such as muscle wasting, significant cognitive impairment and cancer.  That’s right, the c-word. In every single study to date conducted on rodents, statins caused cancer. One human trial showed that breast cancer rates of women taking statins were 1500% higher than than of controls (source). In addition, a study showed that women who take statins for 10 or more years increase their risk of breast cancer by nearly 2.5 times (source).

Let’s examine a few other cholesterol myths so the next time you’re sitting in a doctor’s office and the person in the white coat is pushing statins on you, you are armed with evidence supporting your position to just say no.

Natural cholesterol has many benefits in the diet!

Cholesterol Myths #1: People with high cholesterol are more likely to have a heart attack.

the notion that saturated fat “clogs arteries” and causes heart attacks is totally false. It is actually polyunsaturated fat — the so-called “heart-healthy fat — which has those effects.

If this is true, why then have heart attack rates risen as people have avoided saturated fats like butter, meat fats and egg yolks?  There is no evidence that saturated fat and cholesterol rich foods contribute to heart disease and doctors that continue to claim this are just plain wrong with at least two major studies confirming this (source).

Statins do not result in any improvement in outcome in recent trials involving thousands of test subjects.  Why risk the devastating side effects of statins like cancer and mental decline when they won’t help anyway?  (source)

Cholesterol Myths #5: Countries that have a high consumption of animal fats and cholesterol have higher rates of heart disease.

The elephant in the room with this myth are countries like France where butter, cream, and pate are eaten with abandon with no corresponding increase in heart disease (source).  According to Dr. John Briffa, top honors graduate of the University College London School of Medicine:

So relax! The next time you’re sitting in the doctor’s office reviewing the results of your latest blood test and the words “high cholesterol” and “statin drugs” are spoken in the same breath, just smile politely and say “no thanks”.

Feel confident in your decision to opt out of the statin madness.

Fat and Cholesterol are Good for You by Uffe Ravnskov, MD, PhD

Ignore the Awkward: How the Cholesterol Myths are Kept Alive by Uffe Ravnskov, MD, PhD

Statin drugs shown to be largely ineffective for the majority of people who take them, but why does this fact seem to have passed researchers by?

How to Increase Your Risk of Heart Disease

Heart Surgeon Speaks Out on What Really Causes Heart Disease