Veganic: Better or Worse than Organic? 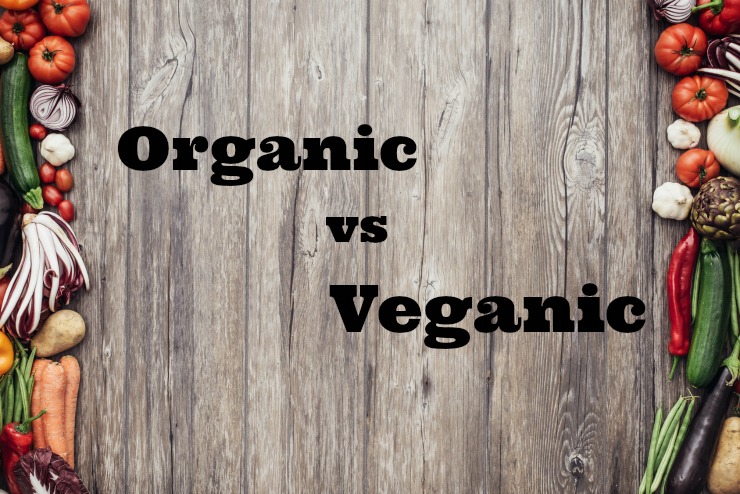 Lately, I’ve noticed a growing number of products at the healthfood store that are labeled veganic. Maybe you’ve noticed the same thing.

I’ve never heard of that term before until recently. As a result, I decided to dig in and figure out what this new trend is all about.

My first question was this: Is veganic food healthier, the same, or lower quality than organic food?

My second question was this: Is the veganic food movement a beneficial development in light of the continued watering down (pun intended) of USDA Organic standards over the past two decades?

A common misconception is that veganic food is somehow vegan approved. This is far from the truth.  Let’s start with a definition of terms.

What Does “Vegan” Mean?

The term “vegan” refers to a specific food philosophy. A person who is a vegan chooses to exclude all animal foods from the diet as discussed in the propaganda ridden documentary What The Health. This includes all dairy as well as eggs. Some vegans also exclude honey from their diet because it comes from a non-plant based source.

Currently, about 2.5% of the US population is vegan, with the vast majority returning to meat sometime during their lifetime. Nine years is the average length of time of abstinence with persistent physical weakness the primary reason given for eating meat again.

What Does “Veganic” Mean?

While the term vegan describes a person’s dietary choices, the word veganic refers to a specific set of farming methods for growing food and enhancing the soil.

Here are some important differences to keep in mind:

Are you thoroughly confused yet?

The Principle of Growing Food Veganically

In essence, the term veganic really has little to do with veganism beyond the fact that veganically derived farming methods exclude animal based fertilizers. This is probably a good thing given that most farm animals are exposed to pesticides and other chemicals and routinely given antibiotics and other drugs either directly or via their feed. The residue of these chemicals would likely show up in their manure.

Even many organic farms which use animal remains or waste as fertilizer may inadvertently expose crops to hormones, antibiotics, pesticides and other chemical residues. You see, the manure used on an organic farm is not required to be from an organically raised animal (although some organic farms do go the extra mile to ensure this is the case).

As you can see, the reason for using only plant based fertilizers on a veganic farm is to keep pathogens and contaminants away from crops. It is not because this agricultural method would be appealing to vegans.

The truth is, the idea is appealing to vegans and non-vegans alike!

Vegans and consumers who love veganically produced products (like me) desire food that is bioavailable for the body as well as sustainable for the planet.

In essence, veganic is a logical step beyond organic for those who seek safe food grown in a sustainable manner.

From a practical standpoint, I have personally found veganic food to be more digestible, tasty and satisfying than the same food grown only organically. The dilution of organic farming principles in recent decades is one big reason why.

Here are some more factoids on food grown veganically:

Have you tried any foods yet that were produced veganically? Did you find them to be more digestible and flavorful than the same foods that are labeled USDA Organic only?