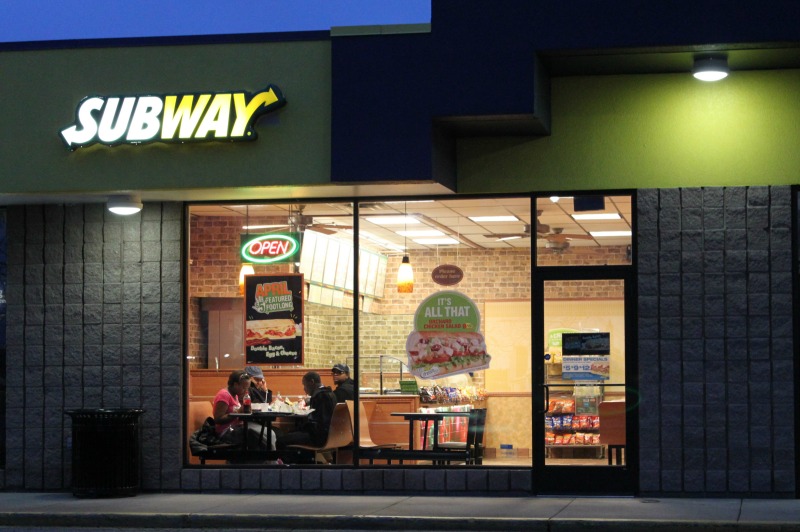 If you’ve been eating Subway chicken sandwiches thinking they are a healthier choice than fast food, you might want to rethink that strategy.

An investigation by CBC Marketplace has revealed that the chain’s “oven-roasted chicken” is actually only 53.6% chicken. The chicken strips tested even worse with only 42.8% actual chicken.

What is the composition of most of the remainder? Cheap, hormone-disrupting, soy protein, confirmed by over 170 scientific studies to be problematic to health.

What’s more, the soy used is almost certainly genetically modified (GMO). This adds another level of concern for consumers who are buying this food for themselves or their families. This article on avoiding GMOs includes preliminary data on how frankenfoods contribute to a wide variety of ailments.

The four other chains tested included Wendy’s, McDonald’s, A&W, and Tim Horton’s. Ironically, some of these restaurants are usually perceived by consumers as lower quality than Subway. It seems that Subway’s reputation as a healthier choice than Mickey D’s does not reflect reality at least when it comes to chicken!

The Subway test results were so much lower in actual chicken than the competitors that additional testing was done to be sure it wasn’t a fluke. Further testing results continued the pattern with an overall average of about 54% chicken for the sandwich and 43% for the strips.

Ben Bohrer is a food scientist at the University of Guelph. He states that he is very familiar with what the food industry calls “restructured products” although he admits that he doesn’t know how Subway actually makes its “chicken”.

Consumers refer to this food substance as “pink slime”. Leaked pictures of pink slime oozing like Twistee Treat soft-serve ice cream into boxes on factory assembly lines went viral in 2010. Food manufacturers apparently didn’t get the picture to change their ways at that time despite consumer outrage.

Restructured products, including the pink slime variety, are essentially smaller pieces of meat or ground meat. The meat is mixed with additives, chemicals, lots of MSG, and fillers like soy protein to make it last longer and taste better. The bottom line is that meat is cheaper and more profitable when processed this way.

According to Fooducate, chicken paste is the result of cleaning every bit of meat off the chicken bones. This is accomplished by passing it through a high-pressure sieve. The taste is so disgusting that artificial neurotoxic flavors like MSG and many other additives are mixed in to make it acceptable to the consumer. The color is very odd and unappetizing requiring the cover of artificial colors too.

It’s no surprise that the resulting slime is a huge bacteria risk. A thorough soaking in ammonia is reportedly used to de-germ it. The slime is then used to make a wide variety of chicken-like products.

Subway’s Response to the Testing Results

Why is Subway using restructured meat to make it’s chicken sandwiches and strips? Subway would only say the following in a carefully spun statement after being apprised of the results:

Our recipe calls for one per cent or less of soy protein in our chicken products.

We will look into this again with our supplier to ensure that the chicken is meeting the high standard we set for all of our menu items and ingredients.

Hopefully, Subway will provide more information on these alarming tests at a future date. About 50 ingredients were found in the tested sandwiches with an average of 16 ingredients in the chicken itself.  While Bohrer insists that all of them are safe and government approved for human consumption, smart consumers would do well to question that.

If you want chicken, best to stick with the homecooked kind. Buying into restaurant chicken’s false “halo of health” as described by registered dietician Christy Brissette is a recipe for getting scammed at best, hormonally disrupted at worst.

I personally rarely order chicken in a restaurant! Steak and wild-caught seafood are usually the safest choices on the menu. This is particularly true if you are eating at a chain. This article provides helpful tips on how to order steak in a restaurant to ensure you get what you are expecting!