What to look for when sourcing healthy soy sauce to obtain all the health benefits from the traditional brewing process and which substitutes are best to use if you are allergic to soy or avoiding grains. 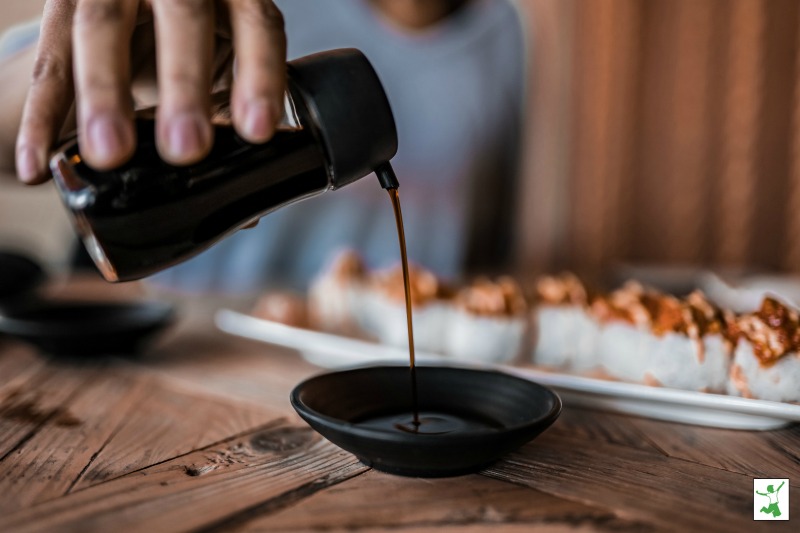 Soy sauce, also commonly known as shoyu, is the best-known flavor enhancer in Asian cooking. Made the old-fashioned way — through a careful fermentation process that can take as long as 18 months — it’s a healthy and nourishing product.

The best quality, truly healthy brands of soy sauce are not only fermented in a traditional manner but also unpasteurized to retain beneficial enzymes and nutritional cofactors.

Tamari is a variant that is made only with soybeans (without any wheat). As far as I know, all the brands of tamari and most brands of shoyu sold in health food stores have been pasteurized. Though not optimal, these are far superior to the commercial soy sauces sold in supermarkets and used by the restaurant industry.

The most common soy sauces sold in supermarkets and served at the majority of restaurants are made in two days or less. Here’s how they do it.

If you really love your takeaway, you might want to sit down for this.

Soybean meal and often corn starches are rapidly reduced to their component amino acids using a high-tech process known as “rapid hydrolysis” or “acid hydrolysis”. This involves heating defatted hydrolyzed soy protein with eighteen percent hydrochloric acid for 8 to 12 hours, then neutralizing the brew with sodium carbonate. The result is a dark brown liquid — a chemical soy sauce.

When mixed with some genuine fermented soy sauce to improve its flavor and odor, it is called a “semi-chemical” soy sauce. Sugars, caramel colorings, and other flavorings are added before further refinement, pasteurization, and bottling.

Other undesirables that appear during chemical hydrolysis are levulinic and formic acids, instead of beneficial lactic acid, and the gas produces dimethyl sulfide, hydrogen sulfide and furfurol from the amino acid methionine. The hydrolysis process also results in the total destruction of the beneficial and essential amino acid tryptophan.

The Australia New Zealand Food Authority also recalled commercial soy sauces for this reason. No recalls occurred in the United States, but because most modern companies use some form of this method and exercise less-than-perfect quality control, the safety of commercial soy sauces cannot be assured.

Researchers have also found furanone in commercial soy sauce. These are mutagenic to bacteria and cause DNA damage in lab tests. Salsolinol, a neurotoxin linked to DNA damage and chromosomal aberrations, Parkinson’s disease, and cancer, has been identified in soy sauce.

Ethyl carbamate — also linked to cancer– is found in commercial samples of soy sauce, light and dark miso and some alcoholic beverages. The maximum concentrations observed were 73 mcg per kg in soy sauce compared to the tiny amount of 7.9 mcg per kg found in miso.

Don’t Use Commercial Soy Sauce if on MAOI Drugs

The best-known tyramine rich foods are aged cheeses, red wines, smoked and pickled herring, and beer. Eating any of these foods — including tyramine rich soy sauce — while taking MAOI drugs can bring on an episode of high blood pressure accompanied by severe headache, palpitations, and nausea.

Less optimal but still fine for most people are small amounts of health food store brand, pasteurized tamari, and shoyu.

Are you allergic to soy that is fermented or do you avoid grains in general?

Then, the best alternative to soy sauce is coconut aminos. This product is available either fermented or unfermented.

Think a liquid aminos soy sauce substitute would be healthier?

Liquid aminos are an unfermented liquid soy product invented by health food pioneer Paul Bragg and is a soy sauce alternative preferred by many health aficionados. Its main claim to fame has been a lower sodium content than tamari or shoyu. Given that salt has been unjustly maligned as unhealthy, this may not even be desirable.

In any case, lower-sodium does not mean low, and the company responsible for manufacturing liquid aminos was warned in 1996 by the FDA that it’s “no salt” label was misleading and it’s “healthy” claim was unwarranted given its high sodium levels.

The company was also told to cease and desist using its “No MSG” claim. As a hydrolyzed protein, liquid aminos contain plenty of MSG produced as a residue of the hydrolyzing process. It also contains aspartic acid, another brain-damaging excitotoxin, which is a component of aspartame as well.

The takeaway: No bragging rights for liquid aminos! 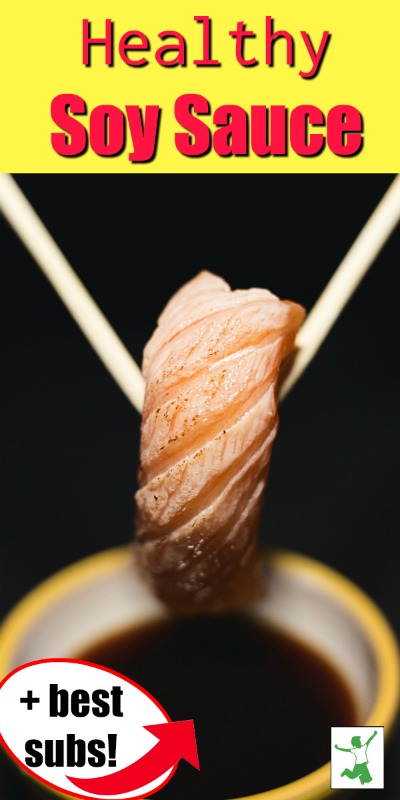 Soy Lecithin:  Really So Unhealthy?
Estrogenic Foods Like Soy Trigger Precancerous Breasts
Is Your Egg Allergy Really a Soy Allergy in Disguise?
170 Scientific Reasons to Eliminate Soy from Your Diet
Soy Formula is Harmful to a Child’s Development