What Your Doctor Doesn’t Know About Diabetes and Statins 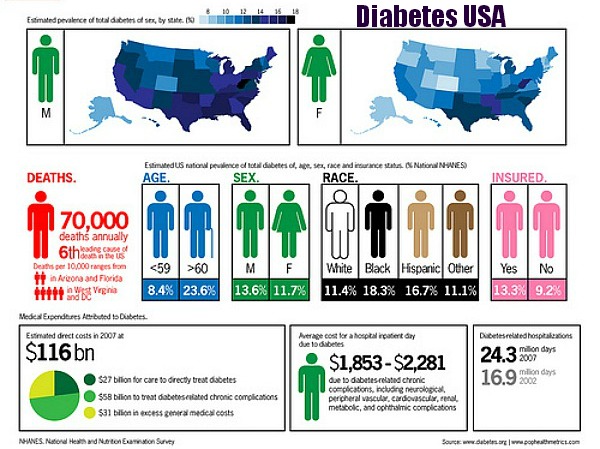 Diabetes surely must be the degenerative curse of the Modern Age. In 2011, 26 million people or 8.3% of the population in the United States had the disease, with nearly 2 million people over the age of 20 newly diagnosed in 2010 alone. 366 million people have diabetes worldwide and this number has nearly doubled in the last 30 years.

For those over age 65 in the USA, nearly 27% are suffering diabetes’ ill effects which include high rates of cardiovascular disease, neuropathy, kidney damage, blindness, high blood pressure, and amputation.

Most worrisome, UnitedHealth Group projects that half of Americans could have diabetes or prediabetes by 2020, costing $3.35 trillion over the next decade. The CDC projects that if trends continue, 1 in every 3 Americans will have diabetes in 2050 (including children) up from about 1 in 10 today.

Jean Claude Mbanya, recent President of the International Diabetes Federation, describes the accelerating threat of diabetes to the world’s population as having a “relentlessly upwards trajectory.”

This is certainly an accurate statement given that in 2011, over 3 times as many Americans – 79 million – suffered from prediabetes as diabetes itself.  This means that with a population of 313.9 million in 2012, 1 in 3 Americans already suffer from either diabetes or prediabetes.

With such a staggering number of people waiting in the wings, so to speak, and very close to an actual diabetes diagnosis, the prognosis for turning around this epidemic anytime soon seems grim indeed.

For the millions presented with a diabetes diagnosis, the threat of heart disease looms large. According to the American Diabetes Association, heart disease was noted as a factor on 68% of diabetes-related death certificates among people aged 65 years or older in 2004.

No wonder when someone with diabetes or prediabetes comes into a conventional doctor’s office, the immediate reaction is to put the patient on cholesterol lowering statin drugs in an attempt to manage the huge risk of heart disease.

Unfortunately, this widely accepted Standard of Care urgently needs to be reexamined.

Statin Use by Type 2 Diabetics Worse Than Ineffective

While statins may be a popular prescriptive treatment for diabetics by conventional medicine, research is not bearing out the benefits of this approach for those with type 2 diabetes – formerly called adult-onset diabetes.

Rather than reduce the risk of coronary artery calcification, a strong predictor of cardiovascular risk, statin use by type 2 diabetics appears to actually accelerate it!

This shocking discovery was made as part of the Veterans Affairs Diabetes Trial and reported in the November 2012 issue of Diabetes Care.  Researchers analyzing the results of 197 participants in the trial discovered that coronary artery calcification was “significantly higher” in more frequent statin users than in less frequent users.  This was despite nearly optimal LDL cholesterol levels.

Researchers concluded:  “. . . accelerated progression of calcified atherosclerosis in [type-2 diabetics] by statins may have the effect of lessening these medications’ overall benefit.”

If you are one of the millions of people with type 2 diabetes taking statin drugs, it’s time to have a little chit chat with your doctor about whether this is truly the best approach. With the authorities who determine Standard of Care notoriously slow to respond to new research, however, an even better approach would be to consult with a doctor who is current enough to think outside the diabetes Standard of Care box.