The abundant reasons why regularly consuming psyllium fiber either as flakes or ground seed husks is not a healthy practice for long term health. 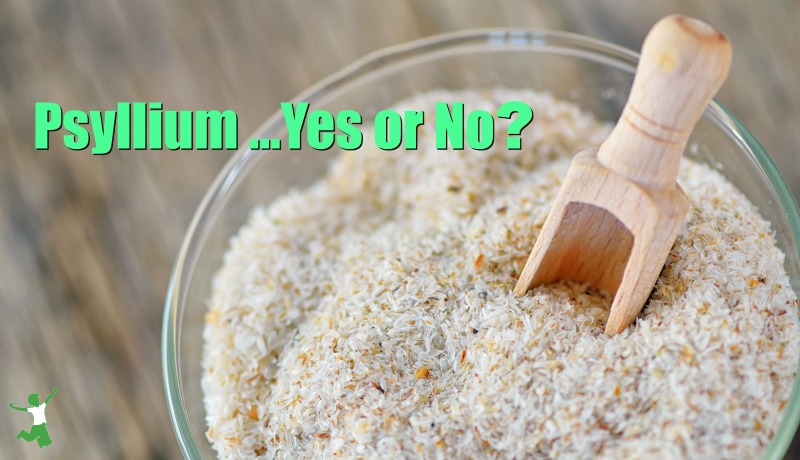 Psyllium is a substance contained in the seeds of some plants. Frequently touted as a natural and healthy food, consumption of psyllium-containing seed husks is promoted as a natural solution for resolving several common chronic conditions.

However, there are a number of downsides to using psyllium. Conventional health authorities tend to completely ignore these dangers to the detriment of those seeking helpful advice on the subject.

The plants that produce the seeds that contain psyllium include about 200 species within the plantain family. They thrive in a dry, cool climate and are primarily cultivated in northern India.

Organic psyllium is available at the health food store and freshly ground in a mortar and pestle at home before use. The husks also come already flaked or powdered for more convenient use.

Psyllium is the soluble fiber found in the husks of these seeds. The husks are loaded with cellulose and lignin that becomes gelatinous and sticky in water.

The gel-like texture of psyllium similar to flax or chia seeds when wet is why manufacturers sometimes use it as a food thickener primarily in ice cream and frozen desserts.

Politically correct nutrition recommends psyllium as a remedy for a number of common ailments today as outlined below.

Be sure to read to the end before deciding to use psyllium yourself, however, as there are many dangers in doing so!

Psyllium is the active ingredient in Metamucil, a highly popular, over the counter quick fix for constipation.

Infrequent bowel movements are not only painful and uncomfortable. Failing to empty the large intestine at least once or (better) twice a day also slowly poisons and ages the body.

Estimates are that 15-20% of Americans suffer from chronic, almost constant constipation, with millions more suffering from its effects of toxin overload intermittently.

Given that the modern diet is composed primarily of processed foods with gut flora disrupting pharmaceuticals to mitigate its negative effects, it is no wonder that psyllium and products containing it are so popular.

But, just because it is natural, doesn’t mean it is actually healthy or beneficial!

In 1998, the FDA approved heart health claims for psyllium on food labels based on research that suggested that seven grams or more per day of this soluble fiber would lower LDL and total cholesterol. (1)

The claims were based on a meta-analysis published in the European Journal of Clinical Nutrition. (2)

Of course, this research is based on the assumption that high cholesterol is dangerous and a primary cause of coronary artery disease, an assertion that is vigorously disputed by a rapidly growing number of experts in the field.

In 2014, the FDA approved another health claim for psyllium as being of benefit for people with type 2 diabetes.

This occurred despite little scientific evidence in support of this claim. In fact, the European Food Safety Authority responsible for reviewing health claim proposals for the European Union, has no record of having considered a psyllium health claim for glucose management. (3)

Use of psyllium for a month or longer produces a small reduction in systolic blood pressure according to the Journal of Nutrition and Dietetics. (4)

However, is this small reduction worth the risks of psyllium in the diet? Probably not. Let’s see why.

While conventional dietary authorities fall all over themselves to recommend psyllium, the risks to health from eating it regularly far outweigh any benefits.

Note that all three of the primary gut healing diets including the GAPS Protocol, Auto Immune Paleo, and the Specific Carbohydrate Diet recommend against psyllium. It is on the “do not eat” list.

That right there should give you a big clue as to the main problem with psyllium…it disrupts gut flora and the integrity of the intestinal wall in a major way.

The sticky, gelatinous fiber that psyllium becomes upon interacting with water is not digested or absorbed by the gastrointestinal tract.

Hence, it becomes food for all manner of pathogenic bacteria and yeasts like Candida albicans.

Specifically, it is the vegetable cellulose and lignin which some bacteria and fungi thrive on. While the digestive tract can handle small amounts of these substances, in concentrated form such as seed husks, they are highly detrimental to intestinal health.

Another big problem with psyllium is that the ground or flaked seed husks contain large amounts of phytates. These substances bind with calcium, iron, and zinc, causing malabsorption and potential mineral deficiencies.

Phytic acid can also cause gastrointestinal distress in the form of flatulence, distension, pain, bloating, and overall discomfort for some people. Over time, permanent damage to the colon can occur from repeated assault.

A solution to this problem would be germinating psyllium-containing seeds before de-hulling them. Sprouting deactivates most of the phytic acid in seeds. However, I’ve not seen sprouted psyllium husks available anywhere as of this writing.

The sky-high autoimmune antibodies produced by consuming psyllium can translate into allergic reactions. These include rashes, itching, and shortness of breath among others.  This can occur out of the blue after repeated exposures. Even just touching the psyllium husks can cause a reaction.

Psyllium has the potential to cause anaphylactic reactions as well, especially in health care workers who experience frequent exposure. (6)

Because psyllium (bulking fiber to the max!) can absorb up to 16 times its dry volume in water, kidney function can also be affected.

This occurs if too many autoimmune antibodies are produced which can cause negative effects to the kidney (glomerulus) filtering unit. (7)

Note that some alternative sweeteners like xylitol also draw water into the bowels and can have a similarly negative effect.

Avoiding Psyllium Seed in All Forms is Best

In conclusion, while psyllium can have some benefits to health, the positives are short term. The negative impacts over the long haul far outweigh them!

Most people, for example, use psyllium to help with constipation issues, but there are other natural methods to resolve infrequent bowel movements that strengthen the gut environment rather than harm it.

In short, while conventional health advice sings the praises of psyllium in the diet, smart consumers look at the whole picture and realize that avoiding it is the best policy. 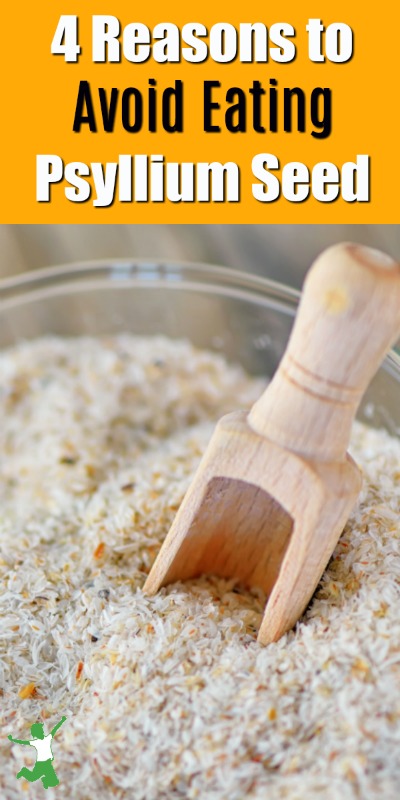 (1) FDA – Code of Federal Regulations Title 21
(2) Time- and dose-dependent effect of psyllium on serum lipids
(3) Psyllium for Diabetes Management
(4) The effect of viscous soluble fiber on blood pressure: A systematic review and meta-analysis of randomized controlled trials
(5-7) Why Psyllium is Not Healthy

3 Crucial Reasons You Need More Gelatin in Your Diet