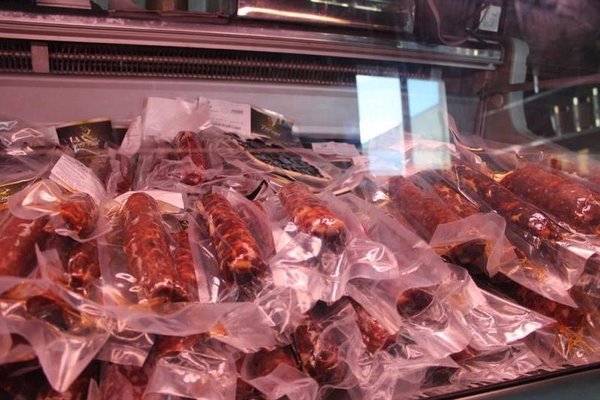 Add Louisiana to the list of state and local governments around the United States that are forcing homeless people who look to shelters and soup kitchens for meals toward an all processed food, junk diet.

Now, the Department of Health and Hospitals in Louisiana has ordered the privately funded Shreveport-Bossier Rescue Mission to dump 1,600 pounds of venison donated by Hunters for the Hungry into garbage bins. It seems the state would have be more comfortable if the hunters had donated this form of venison instead!

Here’s the kicker. The staff was also instructed to split open the packages of meat and pour Clorox on them as an “extra precaution so that animals would not eat it from the dumpster and become sick or die.”

Wild animals getting sick from eating what they’ve always been eating … wild game?  What planet are these bureaucrats living on?

There was absolutely nothing wrong with this meat.

It is simply another case of unelected, unaccountable bureaucrats running amok and crazed with their own power, barking out orders to privately run organizations and law abiding citizens.

Henry Martin, executive director of the mission, said that the staff has been serving deer meat for years in dishes such as deer chili and deer spaghetti.

“This was really good meat.  It’s high in protein and low in cholesterol. It’s very healthy.”

Martin continued by saying that he was extremely concerned about the way state health inspectors handled the situation. No due process was followed. They just ordered the meat to be destroyed and that was that.

Martin said that the rescue mission serves 200,000 meals a year and not one cent comes from the state or federal government.  He estimated that the senseless confiscation resulted in as many as 3,200 healthy meals being lost.

“It seems like this was a senseless act, I don’t think hungry people who come to our mission appreciate the fact they could have been eating some really good venison and as it is now — no one can eat it.”

Louisiana State Rep. Jeff Thompson, a hunter himself who has personally donated deer to this mission before, was outraged.

“You hear about these stories anywhere and it’s a concern — but when it happens in your own backyard it’s insulting.”

Thompson said that he intends to meet with the heads of the state agencies along with state lawmakers over the incident.  He said that the meat should, at the very least, have been returned to the hunters who donated it.

The Big Getaway Thank You