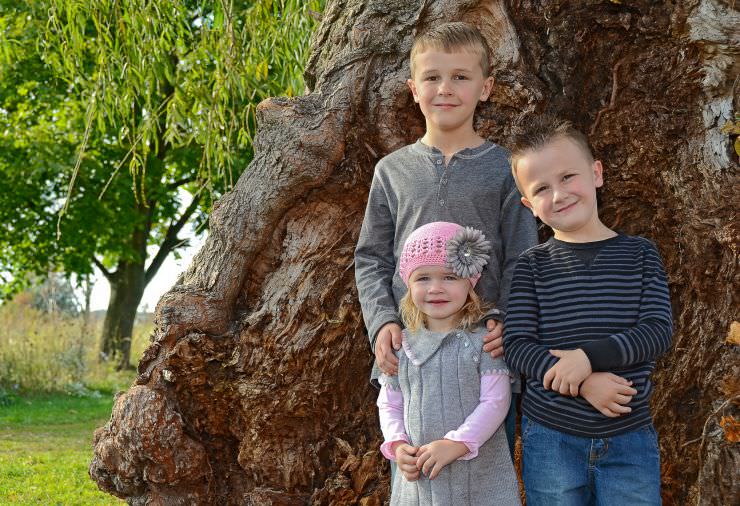 The article also suggests that perhaps the reason first borns are smarter is because at some point in their lives, they were the only ones that received their parents’ attention.

I thought this was a very incomplete explanation as the eldest having the higher aptitude (and being healthier in general) would likely be the case even for adopted children or those from single parent families where the child is in daycare much of the time.

The real reason that eldest children typically have higher aptitude and better health than later-borns is because they get the benefit of all of Mom’s nutritional stores, primarily the fat soluble vitamins A and D which are critical to optimal fetal development (1).  Later-borns get the nutritional dregs, so to speak. Fat soluble vitamins take time to rebuild in the tissues and unless Mom makes a concerted effort to replenish these stores between pregnancies, the health and ability of later children will very likely suffer as a consequence.

Sadly, most modern women make no effort to replenish these vital nutritional stores between pregnancies. Alarmingly, these same women sometimes think that 2 years is the ideal spacing between children.

2 years between children the ideal?  Let’s look to healthy, ancestral cultures to see if this prevailing wisdom is, in fact, true or even a good idea.

What is the Optimal Birth Spacing Between Children?

Traditional cultures knew that proper spacing between children was necessary to ensure that younger siblings were as healthy and smart as the first. Tribes practiced this through a system of multiple wives or abstinence in the monogamous cultures.

The minimum time between children of the same mother was 2.5 – 3 years. Any timeframe less than that was frowned upon and even looked at with scorn as it opened up the very real possibility of a child with less ability and intelligence or even birth defects. A full three years between births gave Mom the opportunity to breastfeed the child for an extended period of time and also to replenish her own nutritional stores before gestation began anew.

Modern research has borne out the wisdom of this traditional practice.

Pregnancy intervals less than 6 months were particularly devastating. Younger children conceived only 6 months after the previous child have a 1.4 times great risk of preterm birth, 1.6 times greater risk of low birth weight, and a 1.3 times greater risk for being small for gestational age.

As a result, the modern notion that “2 years between children is best” is clearly a fallacy and a very dangerous one indeed for the health of younger siblings.

It seems common sense that women today should really not even try to get pregnant again until the previous child celebrates his/her second birthday based on this longstanding research and observation of the practices of traditional cultures. This is especially true considering the shocking depletion in the nutrients of even organically raised foods!

Even with proper spacing, women must take an active role in replenishing their nutritional stores of the fat soluble vitamins like A and D in order to ensure that their younger children are as capable and healthy as their first. These two particular nutrients are critical to optimal fetal development, particularly the brain and vital organs (1). This is best achieved with a daily dose of high quality cod liver oil that has not been industrially processed so the natural Vitamins A and D are preserved (note that most cod liver oil on the market contains synthetic A and D due to the processing, so beware!).

Proper Spacing Preserves the Long Term Health of the Mother

I should also add that I’ve had women tell me that they felt comfortable spacing their children closer than 3 years because they were very confident in their nutrient dense diet.   To this argument, I would counter that traditional cultures also ate a very nutrient dense diet (with no processed foods whatsoever) and child spacing was still a minimum of about 3 years.

While it may be possible to have a healthy child spaced less than 3 years from an older sibling if the woman eats a particularly nutrient dense diet, it should be noted that the 2.5 – 3 year minimum rule between births was also to protect the long term health of the Mother.

Having a healthy child spaced less than 3 years apart from an older sibling at the expense of the Mother’s long term health is not a good trade-off by a long stretch.

Healthy children and a healthy Mom are not just a matter of diet, but also a matter of TIME.

Pope Francis Takes a Stand in Favor of Public Breastfeeding