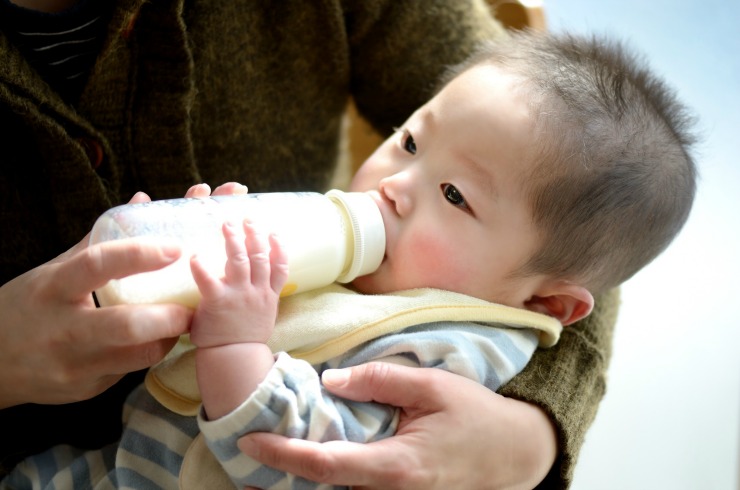 Interest in homemade baby formula recipes (made from either raw cow or goat milk) as an alternative to unhealthy commercial formulas continues to grow by leaps and bounds. Mothers who are unable to breastfeed or obtain sufficient quantities of donated breastmilk are the main drivers of the trend as they seek healthier alternatives for their babies.

One of the most common questions asked by parents who are investigating the option of homemade formula for the first time is this,  “Where is the iron in the homemade formula?”

This is a very valid question and one that can be very confusing given that many of the commercial formulas on the market are fortified with iron and this fact is emblazoned on the label. In addition, many of the cereals used as first foods for babies starting around six months of age are fortified as well.

Moreover, pediatricians routinely test babies and children they consider at risk for anemia and encourage iron supplementation starting as early as four months old in accordance with the recommendations of the American Academy of Pediatrics.

The impression for a new Mom or Dad is that iron is extremely important for the development of baby. And, most certainly, this is true!

However, it is also important to note that iron has the potential to impede baby’s development as well if too much is consumed. For example, it is known that iron competes with zinc, which is likely why breastmilk is naturally low in this particular mineral. Zinc is critical for the neurological development of baby, so much so that it is sometimes referred to as the intelligence mineral.

The importance of zinc status for a pregnant mother is so important, in fact, that women who have been on oral contraceptives are advised to wait 6 months before conceiving after discontinuing use. This is because the Pill is known to deplete zinc stores along with other critical nutrients.

Homemade baby formula that is made from raw cow or goat milk actually does contain iron in easily absorbed form. Utilization of this mineral present in raw milk is facilitated by lactoferrin.

Lactoferrin is a multifunctional protein that is an important component of the human immune system as it is highly anti-bacterial and anti-fungal. Lactoferrin is present in highest amounts in human colostrum, followed by breastmilk and then cow milk. Its presence ensures that the iron in breastmilk or homemade formula is fully bio-available and used efficiently by the infant.

Most of the lactoferrin in raw milk is destroyed by pasteurization, one of the reasons why even low-temp pasteurized milk is not a good choice for making baby formula at home – the milk must be grassfed, clean and RAW.

The chart at this link shows a handy comparison between the iron in breastmilk versus iron in the homemade baby formula.

Iron Sources for the Older Infant

Given that there is slightly more iron in the homemade formula than even in breastmilk, there is no need to supplement additional sources of iron for an infant until about the age of 6 months.

From that point forward, a slow transition of baby onto nutrient dense solid foods will supply the additional iron needed for baby’s continued development. This article and video show how to prepare this traditional first food properly, which includes a small amount of grassfed, organic liver grated into a soft boiled egg yolk in accordance to the wisdom of traditional cultures.

Even Health Canada has officially recommended in its guidelines that eggs and meat are optimum first foods for baby’s development, thereby recognizing the wisdom of indigenous cultures in transitioning infants to solid foods that are naturally rich in nutrients. This in sharp contrast to the synthetically fortified cereals, teething biscuits, and microwaved/watered down baby foods typically chosen in America that in the long term, contribute to weight and allergy issues.

21 Reasons to Have Your Baby at a Birth Center