When is Iodine Supplementation Helpful to Health?

How to determine if iodine supplementation might be is right for you by assessing key criteria used by holistic practitioners. 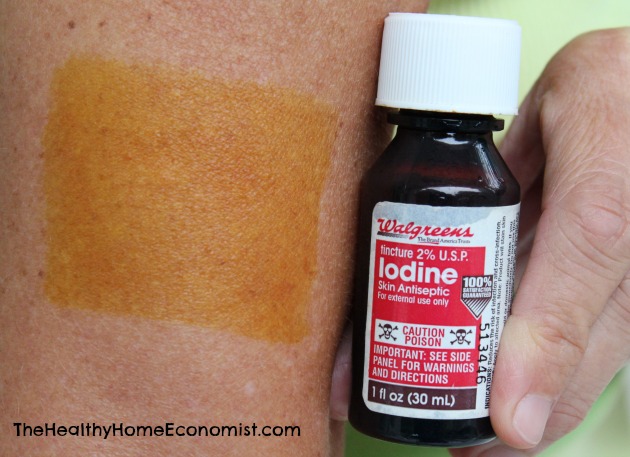 Far from the newcomer on the block, iodine is a traditional remedy that doctors in centuries past relied upon as an antiseptic and natural antibiotic.

As far back as 2700 B.C., records show that Emperor Shen Nung used seaweed for the treatment of goiters. Pliny, Vitruvius, and Juvenal describe the prevalence of goiter in the Alps and the use of burnt seaweed for treatment in 40 B.C.

Why Did Iodine Fall Out of Favor?

It was during World War II that patented pharmaceuticals like penicillin and sulfa drugs began to replace iodine. In 1969, Drs. Drs. Jan Wolff and Israel Lyon Chaikoff erroneously theorized that large amounts of iodine were harmful.

Unfortunately, a large portion of the medical community bought their theory, and recommended dosages of iodine in the United States dropped to a low of 150 mcg daily. This stands in sharp contrast to the average Japanese intake of 12 mg or more daily.

Iodine is present in every organ and tissue in the body. It is key to intelligence, proper fetal development, the health of salivary glands, endometrium, prostate, ovaries, and skin.

Research has shown that women with good iodine status bear smarter children. Researchers at Bristol and Surrey universities in England studied 1,040 pregnant women and discovered that children born to mothers with even mild iodine deficiencies had lower IQs and reading levels. (1)

Scientists conducting a meta-analysis of studies on iodine in China concluded:  “The level of iodine nutrition plays a crucial role in the intellectual development of children.” (2)

Iodine is necessary in order for the thyroid gland to produce adequate amounts of thyroid hormones, in particular T4. Additionally, iodine helps alleviate liver stagnation. This plays a significant role in the liver’s ability to convert T4 to the more biologically active thyroid hormone, T3.

Part of iodine’s vital role in both thyroid and liver health contributes to protecting the breasts from abnormalities. Practitioners use iodine therapeutically to assist the body in resolving breast cysts, as well as uterine fibroids and ovarian cysts.

Deficiency is a common finding in cases of fibrocystic breast disease, breast cancer, and other hormone-driven cancers such as prostate, ovarian and uterine cancers. Hence, iodine supplementation may prove beneficial for this condition.

Essential to breast development and protective against cysts, iodine desensitizes estrogen in the receptors in the breasts. Iodine reduces estrogen production in overactive ovaries, making it therapeutic for those suffering from estrogen dominance, premenstrual syndrome, and polycystic ovarian syndrome.

In my clinical experience, iodine is one of the best support minerals for acne and eczema. Iodine is also an important antioxidant as well as an inducer of apoptosis in cancerous tumors. Iodine has anti-sclerotic properties making it beneficial for use in persons with atherosclerosis. Historically, iodine supplementation facilitated the treatment of syphilis, malaria, scarlet fever, obesity, depression, pneumonia, uterine fibroids, and prostatic hypertrophy.

The best food sources of iodine are wild ocean fish and seafood. Avoid “sustainable” salmon as this is labeling semantics for GMO farm-raised.

Caution should be used in choosing seaweed products since the Fukushima nuclear power plant disaster. Products from Japanese waters should be tested for purity.

Several laboratories now are able to determine whole-body iodine sufficiency through the use of a 24-hour collection test. This is a very simple and cost-effective test and is available through my office.

We also offer iodine patch testing in our clinic. It requires a 2” square patch of iodine to be painted on the arm or thigh. The length of time it takes for the patch to fade is assessed. The faster the body absorbs the iodine, the greater the need for iodine.

2% iodine tincture is the type used for the skin patch test and is readily available at any pharmacy costing just a few dollars.

While not perfect, this easy, inexpensive, and noninvasive test can quickly assess a patient’s relative status and whether there might be a need for further testing.

Iodine Supplementation: How Much is Enough?

Experts such as Guy Abraham, M.D., David Brownstein, M.D., and many others recommend 100-400 times the USRDA of iodine.

Vetted supplemental sources that I recommend include:

According to Dr. Guy Abraham, a researcher and an authority on the safe use of iodine, the daily dose of iodine should be 12.5 mg. to 37.5 mg. daily. The Japanese live longer and have lower rates of breast and thyroid cancer than any other population. And as we all know, they generally have very high levels of intelligence. Could it be the iodine?

Banish Man Boobs (Gynecomastia) With No Drugs or Surgery

Kim Schuette CN was in private practice in the field of nutrition since 1999. She earned her certification as a Certified Nutritionist in 2002 and established Biodynamic Wellness. As her referral base grew, she began growing her practice by mentoring other nutritionists to develop a strong coherent team committed to supporting families in their many health challenges. Kim utilizes the dietary principles taught by Weston A. Price, D.D.S. along with real food-based nutritional therapies and biotherapeutic drainage therapy to support gut and digestive disorders, male and female hormonal imbalances, ADD/ADHD challenges and autoimmunity.
Kim introduced the GAPS Diet to clients in 2006 and in 2011 became a Certified GAPS™ Practitioner under the guidance of Dr. Natasha Campbell-McBride. She incorporated blood chemistry, salivary hormone testing and hair mineral analysis when needed. Kim taught numerous seminars on topics ranging from mindful conception and female hormonal concerns to children’s health, healing with the GAPS Diet and transitioning to a whole foods diet. Kim received the Activist Award from the Weston A. Price Foundation in 2012 for her work in children’s nutrition and preconception nutrition. She served on the Board of Directors of the Weston A. Price Foundation, as well as the San Diego Chapter co-leader of the Weston A. Price Foundation.

Fast and Easy to Use Swimmers Ear Home Remedy

Herbal Infusion: How to Prepare and Use Therapeutically

Do Parasite Zappers Work (and are they safe?)