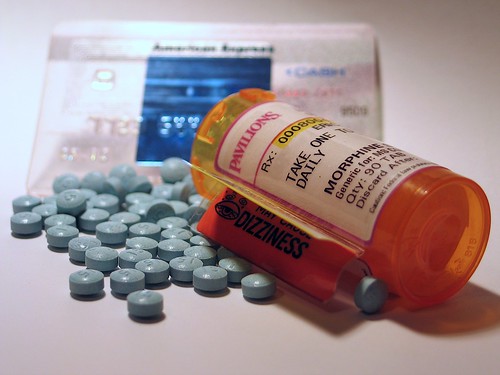 America is in pain.  And, this world of hurt is fueling an epidemic of pharmacy robberies across the country.  Addicts and a new breed of drug dealer are resorting to extreme violence to keep their supply of prescription painkillers flowing.

Just last week in Long Island New York, a depraved addict who was once an Army private and intelligence analyst gunned down a pharmacist, two customers, and store clerk before making a getaway with a stash of hydrocodone pills.  There was no warning before the man opened fire.

Unlike street drug deals which typically occur in impoverished neighborhoods, pharmacy robberies are happening in middle income and even upscale suburban communities.   All pharmacies appear to be fair game in this widespread epidemic.

Shockingly, prescription painkillers are now the #2 most abused drug in America after marijuana.  Over 7 million Americans used them illegally them within the last month alone.

The problem has become so widespread that the National Community Pharmacists’ Association, representing over 20,000 independent chemists is encouraging the use of  “height signs” in order to assist pharmacy employees to note the height of robbers as they bolt from the store after a successful heist.

Bullet proof glass is being considered by some pharmacies similar to those used by banks, though some in the industry worry that this will further delay the wait for legitimate customers and place a barrier between pharmacist and customer thereby reducing the opportunity to ask and get questions answered.

Prescription Grab is Not Just at the Pharmacy

This new epidemic of hold ups at the local pharmacy is not the only place the illegal grab for painkillers is taking place.   It’s happening at, believe it or not, the ER at hospitals across the country too!

A friend my husband and I recently ran into whose son and daughter-in-law are both ER physicians told us that 70% of the time ER doctors are spending with patients is dealing with fraudulent illness whose main purpose is to get the ER doc to write a prescription for painkillers.

Do you get the picture?

“Doc, my back is killing me, I can’t move – I need some of that Oxycontin stuff!”

ER doctors, in my opinion, are some of the best in the business and deserve our respect and admiration for the amazing critical care work they do.   These doctors display modern medicine at its finest.   They certainly do not need to have their time wasted by addicts coming in to see them who fake illnesses with the sole purpose of scoring a painkiller prescription!

There are plenty of legitimate people for these doctors to help in the ER.  Lines are long enough in the ER as it is without addicts adding to the mix.

Considering the sorry state of the majority of people’s diets and how pain is a symptom of nutritional deficiency and inflammation resulting from poor food choices – just a wild guess, but something tells me this whole painkiller addiction problem is going to get a lot worse before it gets better.