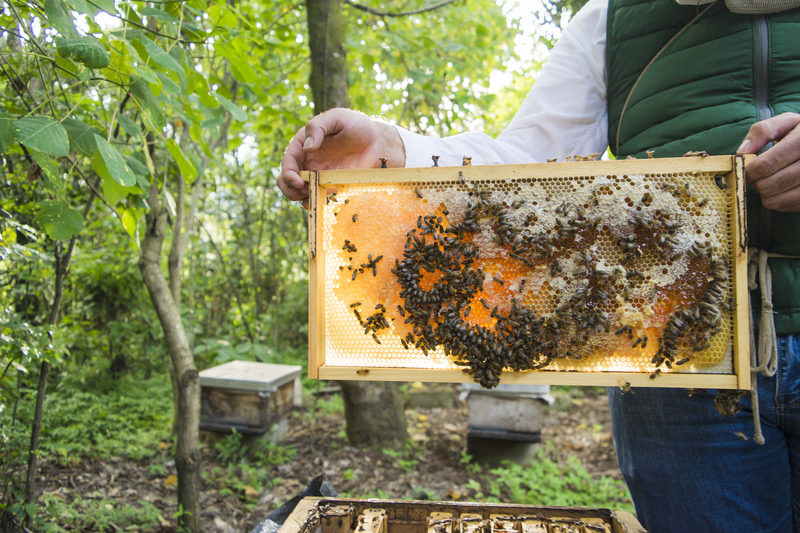 Colorado beekeeper Tom Theobald has found himself with a bulls-eye on his forehead for calling attention to a leaked EPA document that shows that the agency knowingly approved the pesticide clothianidin despite clear evidence of its toxic effects on honeybees, birds, and other animal species.

Clothianidin is an insecticide that disrupts the central nervous system of insects.   A related chemical, imidacloprid, was released in 1994 and was banned by France in 2003 for the bee die-offs its use seemed to trigger.

Clothianidin was released in 2003 by Bayer corporation for use on corn, canola, sugarbeets, wheat, soy, and sunflowers. The pesticide is quite a moneymaker for Bayer, raking in $262 million in sales in 2009.

The company subsequently released a life cycle study on the pesticide in 2006 at the EPA’s request. Not surprisingly, the company’s internal study showed no toxic effects on bees. The study was extremely flawed as test and control fields were planted less than 1000 feet apart and the EPA knew it.

Despite this knowledge, The EPA continued to allow clothianidin even though other countries banned its use including France, Slovenia, Germany, and Italy.

The leaked document was put out by EPA’s own scientists in response to Bayer’s request to expand the use of the pesticide to mustard and cotton.  The 101-page report states:

Clothianidin’s major risk concern is to nontarget insects (that is, honey bees). Clothianidin is a neonicotinoid insecticide that is both persistent and systemic. Acute toxicity studies to honey bees show that clothianidin is highly toxic on both a contact and an oral basis. Although EFED does not conduct RQ based risk assessments on non-target insects, information from standard tests and field studies, as well as incident reports involving other neonicotinoids insecticides (e.g., imidacloprid) suggest the potential for long-term toxic risk to honey bees and other beneficial insects.

This leaked document, received by Mr. Theobald only this year, completely and utterly invalidates Bayer’s flawed report.    The recommendation of its own scientists doesn’t hold enough weight for the EPA, however, which is still permitting the use of clothianidin.

Can the United States afford to lose any more bees? Tom Theobald doesn’t think so. His honey crop this year is the smallest in 35 years of beekeeping. A collapse of the bee industry threatens a whopping one-third of agriculture in the United States alone.

Shockingly, as of this writing, the EPA states that it still has no plans to ban clothianidin. Sticking its regulatory head in the sand seems to be the EPA’s go-to approach for dealing with this highly embarrassing, “sticky” situation.

On the bright side, thank goodness for organic beekeepers. Colony collapse disorder has not affected organic hives and now we know why!    At least if the conventional bee industry collapses, we still have organic bees to fall back on although it would be a long road back to where the industry was before clothianidin.

Is the Best Mattress for Healthy Sleep Organic?