Why a slim, gorgeous supermodel and mother of three admits to a coconut oil habit of 4 tablespoons per day since she was 14 bucking conventional doctors’ advice. 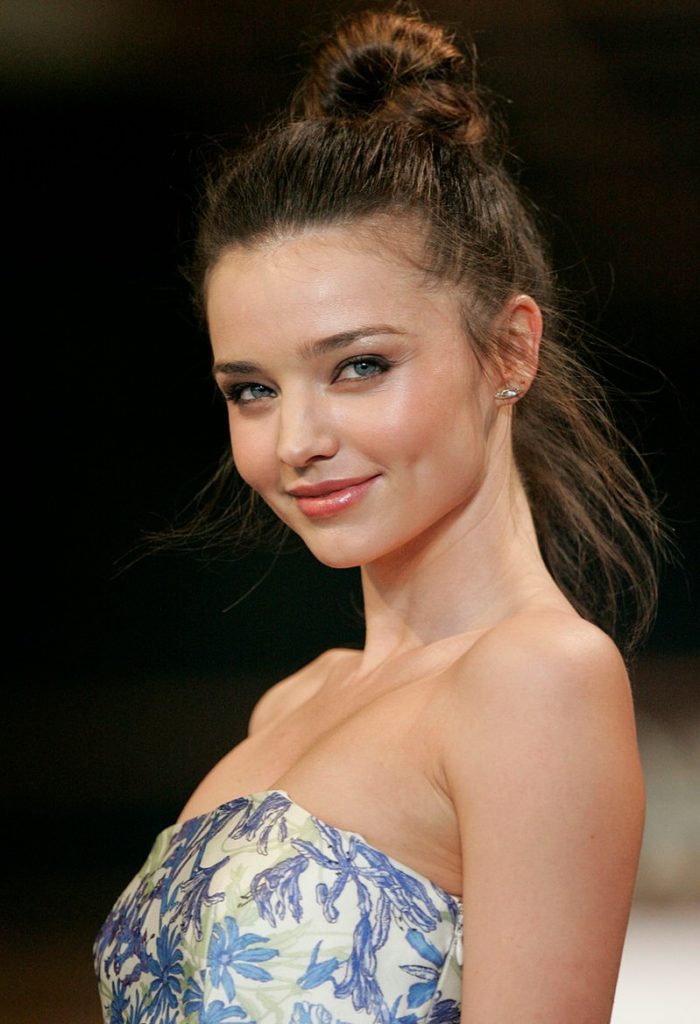 Want to look like supermodel Miranda Kerr –  shiny hair, trim figure, clear skin? Eat lots of coconut oil to stay thin says the beautiful Australian and mother of three who says that she has been consuming it since she was 14. She says,

I will not go a day without coconut oil. I personally take four tablespoons per day, either on my salads, in my cooking or in my cups of green tea.

Her love of coconut oil is similar to Sports Illustrated cover model Carolyn Murphy who told fans to eat butter on her Instagram page!

The World Health Organization warns that such behavior is risky, however, and that coconut oil (or butter) consumed in such amounts leads to an increase in coronary artery risk. But, this foolish advice is based on outdated science.

Keith Ayoob, director of the nutrition clinic at the Children’s Evaluation and Rehabilitation Center at Albert Einstein College of Medicine said that people should not consume that much coconut oil and that is should be used sparingly.

You want to cut back on saturated fats in your diet. I don’t know what benefit it would have for weight management because it has just as many calories as any other fat. (1)

Saturated fat intake does contribute to LDL [low-density lipoprotein] cholesterol, and that has been pretty well documented by research,” Eckel said referring to “bad” cholesterol. (2)

What’s The Truth About Coconut Oil?

All this doctor-speak just goes to show that many physicians, even those with impressive titles from well-respected centers of learning, have no idea what they are talking about when it comes to nutrition!

In fact, they embarrass themselves with their elementary school understanding of the subject of healthy fats.

Coconut oil is one of the most healthy oils to consume especially for weight loss! The primary fat in coconut is lauric acid, that wondrous fatty acid that is anti-bacterial, anti-microbial, and anti-fungal. The human mammary gland produces lauric acid so that human infants get plenty of this magical fat to protect them from pathogens in their environment.

The saturated fats in coconut oil are medium-chain triglycerides which means they are converted by the body into immediate energy, not as added weight. Cows fed coconut oil to fatten them up actually get lean, active, and more energetic instead!

Traditional societies studied by Dr. Weston A. Price that consumed large amounts of coconut oil had virtually no coronary artery disease and did not experience problems maintaining normal weight.

Thus, strong anthropological evidence of coconut oil consumption by healthy ancestral cultures flies in the face of the politically correct dietary advice to avoid it.

In addition, the phantom link of saturated fat causing coronary artery disease has clearly been disproven by at least two major studies, yet the doctors spouting this misinformation are still heralded as “experts” in newspaper articles. (3)

But watch out. Not all forms of coconut oil are ideal. For example, do not substitute inferior MCT oil for coconut oil. MCT oil is a factory produced fat that has little to no lauric acid in it. In no way does it compare to pure, virgin coconut oil in health benefits.

Does your doctor buy into this backward notion that coconut oil is bad for you or that it will somehow risk a heart attack?  If so, it is clearly time to get a new doctor who understands that a daily coconut oil habit is, in fact, a healthy habit.