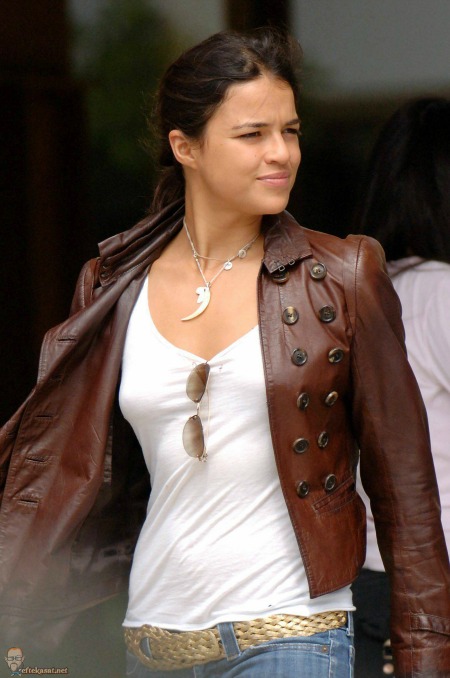 She’s forged a highly successful film career playing the tough gal, and she’s got the jaw dropping box office of $5.2 billion to prove it.

From her 2000 breakout role as a boxer in the Sundance favorite Girlfight to prominent roles in Lost, Avatar and the Fast & Furious franchise, Michelle is currently one of the most visible Latinas in Hollywood in addition to the quintessential actress within the action genre.

Born in Texas to a Dominican mother and a Puerto Rican father, Michelle learned young to buck convention and do as she pleased. This includes her unique food philosophy.

By her own admission, Michelle enjoys lunches of salad combined with fat loaded bone marrow. Bone marrow is not a typical food in the western diet, but is frequently consumed in her parent’s ancestral Caribbean cultures, most notably as Sopa de mondongo, a soup made with diced tripe (the stomach of a cow), vegetables, and bone marrow.

Not much nutritional analysis of bone marrow has been done to date, but it is more than likely loaded with Vitamin K2 and other fat soluble nutrients due to its importance in the diets of healthy Traditional Cultures and because it is comprised almost entirely of fat.

Bone marrow contains the immune stimulating lipids alkyglycerols which may explain why some children suffering from leukemia quickly experience a return to normal white blood cell counts and significantly improved energy when they consumed this sacred food under the care of Swedish oncologist Dr. Astrid Brohult.

Is this nutrient dense sacred food Michelle’s secret “to live deep and suck out all the marrow of life” as suggested by author Henry David Thoreau?

Perhaps.   But one thing is for sure – millions of people are waiting in anticipation to see what antics she’s up to in her next film release, Machete Kills, due out October 11.