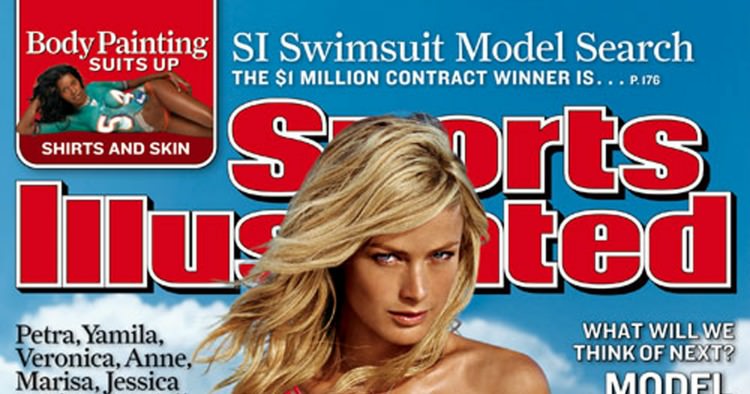 Carolyn Murphy is a Supermodel in every sense of the word. A native Florida girl, she has appeared on magazine covers from around the world since her debut over two decades ago including Sports Illustrated, Harper’s Bazaar, Vogue, Elle, W and dozens of others.

In addition, Ms. Murphy has been the face of Gucci, Tiffany & Co., MaxMara, and Harry Winston, Vogue Model of the Year, and consistently ranked by Forbes as one of the highest paid models in the world.

There can be no doubt that Carolyn Murphy has attained a level of success in her field achieved by few others.

Magazine covers and lucrative contracts aside, Carolyn Murphy’s greatest contribution to women is clearly not her epitomization of modern beauty with its airbrushed photos of perfection and unattainable proportions.

No indeed.  It may well prove to be her recent admission to her fans that she has abandoned dieting and her suggestion that true beauty comes from eating Real Food.

On her Instagram page, followed by over 308K fans, Ms. Murphy posted the photo below with the following words: 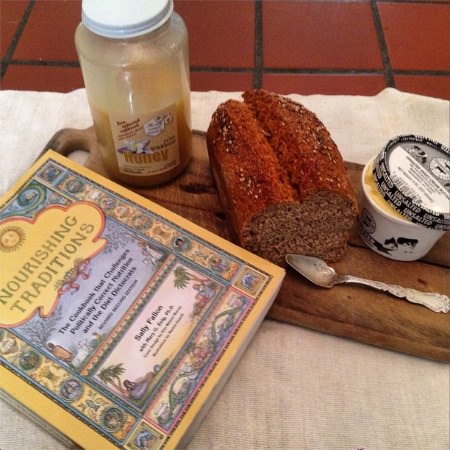 The anti model diet because I’ve tried it all and have surmised that real health begins with real food. This book lays out the what the diet dictocrats don’t want you to know. The spelt bread is #local from a #biodynamic farm, as is the honey and butter (although I wish it was raw). #eatlocal #healthiswealth

The book pictured with Ms. Murphy’s choice of local, nutrient dense fare is none other than the paradigm busting cookbook Nourishing Traditions which propelled my own journey into the wisdom of Traditional Diets over 13 years ago!

It is exciting to see this life transforming information continue to ripple out from its humble beginnings early in the Millenium as the cookbook of choice for critical thinking parents seeking to raise healthy children in a world dominated by industrialized frankenfoods and an increasingly overweight, immuno-compromised, pharmaceutically challenged populace.

This is not the first time a Supermodel has broken ranks and suggested that beauty and Real Food are not mutually exclusive.  In addition to Carolyn Murphy’s recommendation that butter is better and raw butter is actually best, Supermodel Miranda Kerr lauded the benefits of coconut oil to her health since she was 14 saying that “I will not go a day without coconut oil. I personally take four tablespoons per day, either on my salads, in my cooking or in my cups of green tea.”

While Miranda Kerr’s thumbs up to coconut oil generated a knee jerk thumbs down from a misguided World Health Organization, Carolyn Murphy’s Instagram photo is nothing short of earth shattering as it demonstrates a paradigm shift in her thinking that is possibly not at all isolated within her industry.

Carolyn Murphy’s post indicates that she is not eating butter because it is the latest fad. She is eating it because she has realized the benefits of Traditional Diet as practiced by ancestral cultures and convincingly described and documented in the book Nourishing Traditions. 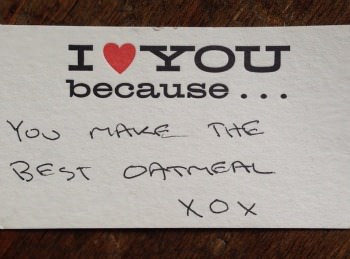 How far does Ms. Murphy’s implementation of a fully Traditional Diet go?

That’s anyone’s guess, but a clue is provided in another one of her Instagram photos. Her Significant Other apparently thinks she makes the “best oatmeal”, and if she is following the traditional approach to preparing porridge for maximum nourishment and digestibility as recommended by Nourishing Traditions, she is no doubt soaking oatmeal overnight!

Wouldn’t it be wonderful to have curvy, healthy Supermodels one day all singing the praises of eating Real Food and eschewing fad diets, powders, mixes, pills and photoshop for “maintaining” their figures?