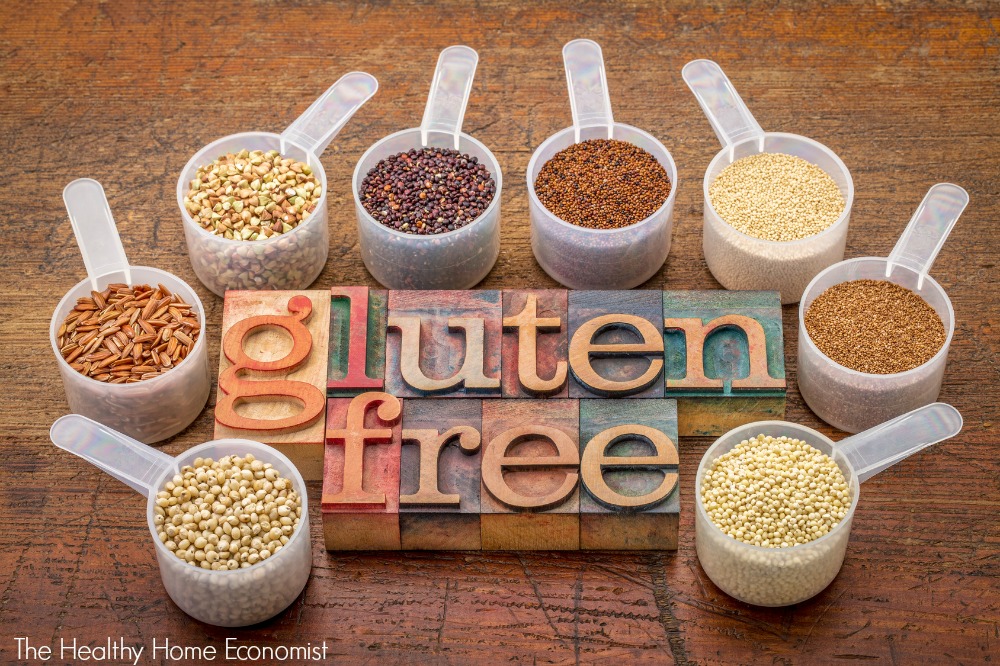 Many people eat out a lot on vacation and during the Holidays and my family is no exception.

Getting a decent restaurant meal that won’t give you a headache or make you feel sluggish the next day is challenging enough, but for those who are gluten-free, it can be nearly impossible.

While I personally do not eat gluten-free all the time, I make an effort to avoid conventionally prepared wheat in restaurants.  I have observed over the years that while the organic wheat I grind fresh and carefully prepare traditionally at home by either sprouting, soaking or sour leavening causes me no trouble, restaurant pasta, bread, croutons, and other processed wheat items make me feel extremely tired and sometimes achy for a day or two.

So, when I discovered that a family gathering was scheduled to go to dinner at The Olive Garden a few weeks ago, you can imagine that I was not all that excited at the prospect.

The Olive Garden could aptly be called the “Pasta Capital of America”.  The dishes are embarrassingly huge with pasta and bread flowing nonstop from the moment you sit down until you roll out the door a couple of hours later. Even if you order a nonpasta dish, you get an obligatory side of spaghetti that could feed two people by itself.

While the food at The Olive Garden tastes ok, how it makes you feel is quite another matter. My husband and I like to joke that those who eat at The Olive Garden likely collapse on the couch in front of the TV for 3 hours straight after getting home. Either that or an emergency stop at the 7-Eleven for a Big Gulp coffee would be necessary to stay awake!

I ended up arriving at the Olive Garden before the rest of my family, so I had the opportunity to chat with the hostess for a few minutes before getting seated. I was surprised to discover during our conversation that The Olive Garden has a gluten-free menu, complete with Penne Rigate and salad without croutons. Non-pasta dishes were served with gluten-free penne pasta.

After looking at the menu for a few minutes, I asked about the ingredients of the gluten-free pasta.  I was thinking it was probably rice or quinoa pasta, which would have been fine with me.

I use arsenic-free rice or quinoa pasta (brand) myself at home occasionally, and a pasta meal once in a while is not going to be problematic within the context of a nutrient dense diet the majority of the time.

I really wanted to order pasta as ordering steak or fish at a pasta restaurant is not usually a good idea. Ordering the restaurant specialty is the way to go if you want to get a decent tasting meal.

Unfortunately, the news from the waitress was disappointing, to say the least. She told me the gluten-free pasta was made primarily from corn and not organic corn either.

While I don’t have an issue with corn, I definitely have an issue with genetically modified (GMO) corn which has been linked with all manner of serious health problems and was found to induce huge tumors in rats (this study was quietly retracted during Thanksgiving due to the messy public relations it was causing the biotech industry, not because of bad science).

Since basically all nonorganic corn nowadays is GMO, ordering a gluten-free dish at the Olive Garden was definitely a no go. However, the most disturbing thing about the GMO gluten-free menu was the children’s Penne Rigate with Marinara.

I ended up ordering the parmesan encrusted tilapia that was absolutely terrible (it tasted like microwaved dish soap, no kidding).  At least the asparagus on the side was good.

Eating Gluten-Free?  Watch out for the GMOs!

My experience at The Olive Garden got me to thinking about the silent and very serious GMO problem that exists with supposedly healthier gluten free products.

Examination of typical foods stocking the gluten-free aisle at the supermarket and at the health food store in the days after my Olive Garden experience confirmed my suspicion that those who choose to eat gluten-free processed foods have unknowingly exchanged gluten for another ingredient that is much, much worse: GMOs.

Glutino, one of the biggest gluten-free brands, is prominent in both supermarket and health food stores. I checked the ingredients of 10 of their products and every single one contained GMO corn, GMO soy, GMO sugar and/or GMO canola.

I realize that Glutino has gone on record supporting the Non-GMO Verified Project Seal, but as of this writing, many of their products are still loaded wtih GMOs and dangerous to consume.

It is possible to make gluten-free items also free of GMOs?

Absolutely. Here are a few brands I checked that offer both gluten free and nonGMO options: Andean Dream, Enjoylife, and Pamela’s Simplebites.

If you have issues with gluten and have decided to go gluten-free even going so far as to make gluten-free flour at home, make sure you continue to read labels and ask about ingredients at restaurants!  Even if a product proclaims itself “gluten-free”, it is not necessarily any better and might be far worse for your health.