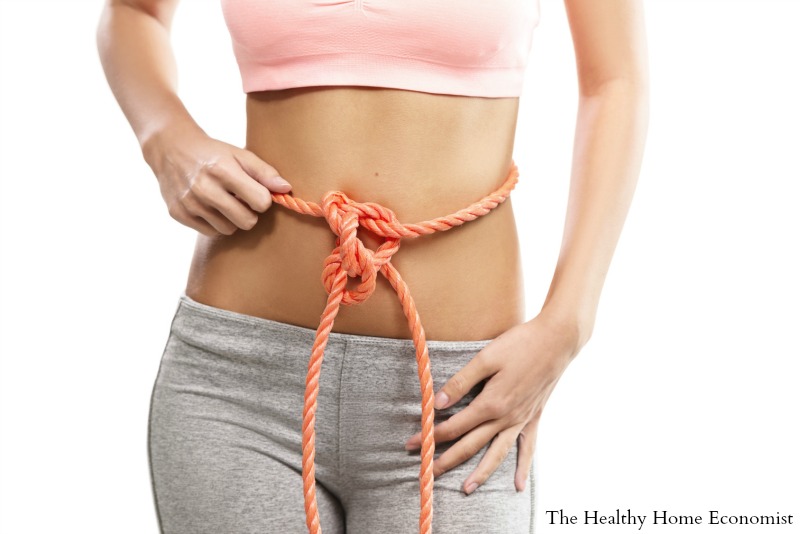 Editor’s Note: This is an amazing story as told by Juliann. It shows how the GAPS Diet

can so very quickly eliminate the symptoms of chronic stomach pain and bloating – in this case ONE WEEK!  Note that while the symptoms may have disappeared quickly, healing can take many months, so the GAPS Diet as outlined in Dr. Natasha Campbell-McBride’s book should be followed for a minimum of 6 months (average of 18 months) before properly prepared grains and starches can begin to be reintroduced back into the diet.

My 48 year old brother, like most Americans, sought the help of his doctor when he developed chronic stomach pain, bloating, gas, burping and a feeling of being too full even after a small meal.   This problem occurred 24/7 each and every day. He has always been healthy and strong and I was surprised when he started having gut problems.   At the time the problems began, he was 211 lbs (he is 6’1″) which is a little heavy for him.

The first doctor he saw gave him the Zantac, which did not help the stomach pain, heartburn or bloating at all.  He then saw a gastroenterologist, who prescribed him Nexium, along with various tests.

These conventional docs should be ashamed of themselves, giving out acid blocking pills to people that actually need more acid!

He remained in constant stomach pain and finally called me for help, as he knew I was very involved in nutrition and healing naturally.

main diet.  For breakfast, he stopped eating his boxed cereal and 1% lowfat milk, and instead had either a smoothie which had 2 raw organic eggs, kefir, some raw honey and a cup of berries and on other days he would have an egg omelette with various veggies in it cooked in butter.  Also, some days for breakfast he had sausage and eggs. Lunch was more challenging because he travels a lot and would not give up eating out.  So, he would have some burgers without the buns and some veggies, or a big salad with his own dressing which was olive oil and vinegar and chicken and/or a fruit salad.  For dinner, he had stir fried veggies in coconut oil and meat or seafood most nights.  When he ate out, he just ordered chicken or steak with a side of veggies.  If he got hungry before bed or in between meals, he drank some kefir or snacked on veggie sticks or fruit.

So, basically, all starch and grains had to go and he was very disciplined in following the GAPS protocol.

We then added digestive enzymes and after a few days, the chronic stomach pain right below his ribs became faint.  We also added some HCL with pepsin and a therapeutic strength probiotic.  The stomach pain left for good after this.  He was amazed, as he had been living with this stomach pain for some time.

The stomach pain and bloating left within a week of starting the diet and the digestive enzymes.  He also gave up beer and switched to red wine.  He did not have any trouble sticking to the diet and has said he really does not miss the bread.

He is amazed at how good he feels now and a great perk of following the GAPS diet is the weight loss – he lost 12 lbs. in a month, without any hunger or weakness.  He is now at a perfect weight and says he no longer feels full, is burping far less and the constant gas is gone.  Best of all, he is pain free and healed so very fast!!   He even has stopped using eye drops morning and night for his chronic dry eye (most likely due to the addition of cod liver oil to his diet).

He is a living testimony that the GAPS diet and supplement protocol truly heal those that follow it.

Overwhelmed by the GAPS Diet?  Help Has Arrived

How to Speed Healing and Shorten Time on the GAPS Diet

FPIES: Resolving the “Other” Food Allergy

Juliann Rank started her healing journey with traditional foods about 7 years ago after reading an article in the newspaper featuring a Dade City, FL grassbased farmer and the local Weston A. Price Chapter Leader.

She visited the farm the following week and after her first taste of raw milk, raw cream, cod liver oil and pastured eggs/chicken/beef, never looked back.  Her son at that time had been struggling with ADHD and her daughter with mild ADD. Juliann immediately started them on cod liver oil, raw milk, pastured eggs and the complete traditional nutritional protocol.  Teachers were amazed and neither child has ever had to be on meds.  They are 13 and 15 now, both in honors classes and doing quite well in school.  Neither has ever had tooth decay and both have peaches and cream complexions.  It is never too late to heal!

How to Eliminate Dandruff Without Toxic Shampoos!