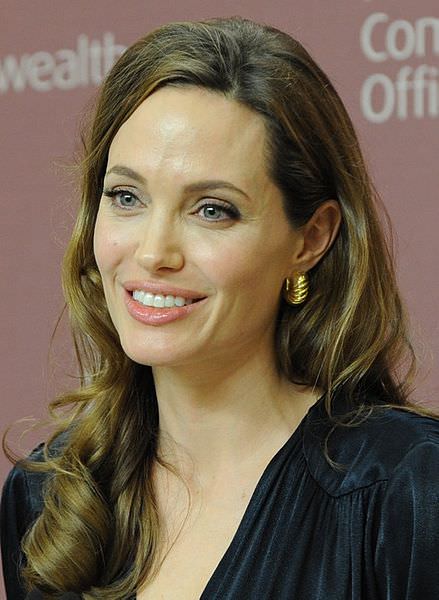 Actress Angelina Jolie is in the news again for her radical approach to health.

In May 2013, she revealed the shocking news that she had opted for a double mastectomy in an attempt to ward off breast cancer.

Ms. Jolie’s reasons? Her genetic history of inheriting the defective gene BRCA1 which apparently increases her breast cancer risk to 87%.

Both women had the defective gene BRCA1. Defective mutation of the BRCA2 gene also results in increased risk.

Now, Ms. Jolie is making headlines again for hinting that she plans additional preventative surgery. This next round of going under the knife would involve a hysterectomy and an oophorectomy to remove her ovaries. These surgeries will eliminate the estimated 50% chance she may develop ovarian cancer, again due to the BRCA1 gene.

However you may feel about Ms. Jolie’s health decisions, one thing is clear: some women will go to extreme lengths to avoid the risk of female cancers.

While I am not personally of the philosophy that we are a slave to our genes and need to remove body parts to be healthy over the long term, knowing our genetic history and biological tendencies can indeed be helpful as we navigate our life choices, including dietary and environmental influences.

While I admire Ms. Jolie’s determination and gumption, it’s not at all certain that undergoing surgery will actually prevent cancer. The harmful mutation of BRCA1 and BRCA2 genes may also increase the risk of other types of cancer such as pancreatic.

Would reducing cancer risk for the breasts and ovaries by surgically removing them in fact spike the risk for the more deadly pancreatic cancer, the third most common cancer for those with a defective version of these genes? Pancreatic cancer can’t be avoided by surgically removing it as the pancreas is a vital organ. Worse, it is a silent disease with few if any symptoms and is difficult to screen for.

In fact, this is exactly what happened to one BRCA2 positive woman with a strong family history of ovarian cancer.  She had her tubes and ovaries removed in what she thought was a smart preventative move only to be diagnosed with the more deadly pancreatic cancer.

Time will tell if a surgical approach for preventing cancer is truly effective, but until that time, it seems wise to manage cancer risk with appropriate diet and lifestyle choices, not by removing body parts and organs.

How to Protect Yourself With a Cancer Prevention Lifestyle

According to the Weston A. Price Foundation (WAPF), Traditional Diets, which all contained both animal and plant foods farmed by nontoxic methods, are rich in factors that are highly protective against cancer. Many of these protective factors are found only in animal fats such as butter, cream, tallow, lard, egg yolks and organ meats.

Below is a list of the nutrients suggested by the WAPF that are especially critical for preventing cancer and the foods that contain them in high amounts. Please note that obtaining these nutrients via supplements manufactured in a factory setting is not an optimal way to consume them.

Vitamin A: Beta carotene in plant foods is not Vitamin A, is not easily converted to Vitamin A in the body and never converted in quantities to support optimal health.  True Vitamin A strengthens the immune system. Essential for mineral metabolism and endocrine function. Helps detoxify. True vitamin A is found only in animal foods such as cod liver oil; fish and shellfish; and liver, butter and egg yolks from pasture-fed animals. Traditional diets contained ten times more vitamin A than the typical modern American diet.

Vitamin C: An important antioxidant that prevents damage by free radicals. Found in many fruits and vegetables but also in certain organ meats valued by primitive peoples.

Vitamin B6: Deficiencies are associated with cancer. Contributes to the function of over 100 enzymes. Most available from animal foods especially grassfed raw milk.

Vitamin B12: Deficiencies are associated with cancer. Found only in animal foods.  Liver is the best source by far.

Vitamin B17: Protects against cancer. Found in a variety of organically grown grains, legumes, nuts and berries.

Vitamin E: Works as an antioxidant at the cellular level. Found in unprocessed oils as well as in animal fats like butter and egg yolks.

Cholesterol: A potent antioxidant that protects against free radicals in cell membranes. Found only in animal foods.

Minerals: The body needs generous amounts of a wide variety of minerals to protect itself against cancer. Minerals like zinc, magnesium and selenium are vital components of enzymes that help the body fight carcinogens. Minerals are more easily absorbed from animal foods.

Lactic Acid and Friendly Bacteria: Contribute to the health of the digestive tract. Found in old fashioned lacto-fermented foods.

Additives in Processed Foods that Can Cause Cancer

While a cancer prevention lifestyle includes eating a whole foods diet rich in the nutrients above, it is equally as important to avoid the chemicals, additives and other dangerous substances in processed foods that contribute to its development.

The list below provided by the Weston A. Price article How to Protect Yourself Against Cancer with Food summarizes what to avoid:

Trans Fatty Acids: Imitation fats in shortenings, margarines and most commercial baked goods and snack foods. Strongly associated with cancer of the lungs and reproductive organs.

Omega-6 fatty acids: Although needed in small amounts, an excess can contribute to cancer. Dangerously high levels of omega-6 fatty acids are due to the overuse of vegetable oils in modern diets.

MSG: Associated with brain cancer. Found in almost all processed foods, even when “MSG” does not appear on the label. Flavorings, spice mixes and hydrolyzed protein contain MSG.

Pesticides: Associated with many types of cancer. Found in most commercial vegetable oils, fruit juices, vegetables and fruits.

Hormones: Found in animals raised in confinement on soy and grains. Plant-based hormones are plentiful in soy foods.

Artificial Flavorings and Colors: Associated with various types of cancers, especially when consumed in large amounts in a diet of junk food.

Refined Carbohydrates: Sugar, high fructose corn syrup and white flour are devoid of nutrients. The body uses up nutrients from other foods to process refined carbohydrates. Tumor growth is associated with sugar consumption.

What Do You Think?

Do you think it’s a good idea to have surgery to remove breasts and ovaries if one has a defective, mutated gene that raises cancer risk considerably?  Or, is a cancer prevention lifestyle which includes emphasis on Traditional Diet a better approach?

How to Protect Yourself Against Cancer with Food

Would You Ever Do Chemo or Radiation for Cancer?

Angelina Jolie Says Being a Vegan Nearly Killed Her