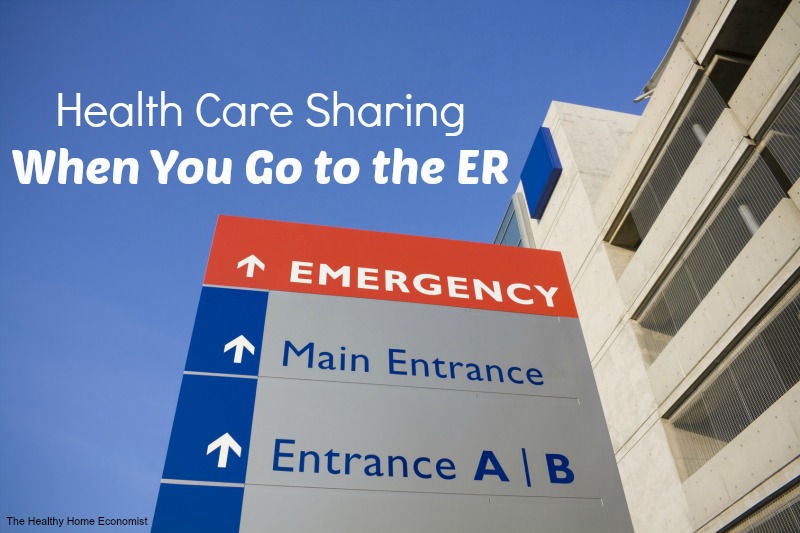 Several years ago, I wrote an article about why we ditched traditional health insurance for health care sharing. It’s been almost 6 years now since I called Humana, canceled our family’s longstanding health insurance policy and switched to Samaritan Ministries to cover our family’s medical needs.

Our policy is also covering one of our children now in college!

If you are fed up with how broken health insurance is within the United States and how government gridlock is failing over and over again to fix it, take heart.

Health care sharing WORKS! It is a viable alternative to the expensive and/or limited options most people have going the conventional insurance route. Samaritan is the largest of the health care sharing organizations in the United States. As of February 2017, Samaritan serves over 224,000 members and 68,000 households.

How Health Care Sharing Works with a Real Life Scenario

To help you get your head around how health care sharing actually performs in the real world, my husband and I compiled the detailed diary below of our visit to the ER with one of our children and the subsequent process to get the bills paid. Bottom line: the bill was paid in full by Samaritan in a very timely manner.

Bonus: we paid NO DEDUCTIBLE due to Samaritan’s excellent advice and guidance! That’s right, nothing out of pocket for a visit to the ER!

Health Care Sharing Customer Service is ON YOUR SIDE

Here’s the biggest thing we noticed about health care sharing versus insurance when a health care crisis happened in our family.  With the insurance model, the people on the phone from the insurance company are WORKING AGAINST YOU. They want to pay you as little as possible and don’t care about the grief you endure in the process.

With health care sharing, the people on the phone are WORKING FOR YOU. They are on your team. Samaritan Ministries wants you to pay as little as possible and will coach you on how to navigate dealing with the hospital and/or doctor’s offices so that your out of pockets costs are as low as possible. And yes, zero out of pocket is a possibility as you can see from our experience below.

Read on if health care sharing is a change you are considering for yourself or your family.

In October 2016, one of our children sustained a serious injury on the sports field that required an immediate trip to the ER. Below is a diary of what happened. Included is how the cost of the visit was fully covered by Samaritan Ministries. The process of dealing with the hospital and doctor’s office when you have health care sharing is discussed as well.

Having gone through this experience of taking my child to the ER and having the billing 100% resolved by Samaritan Ministries, I am more excited than ever that we switched away from traditional insurance. My experience mirrors that of my friends who told me for years that the customer service is exemplary and the coverage is excellent when a need arises.

If you have any questions about how health care sharing with Samaritan Ministries works or our experience described above, please ask in the comments section! I hope this testimonial encourages any of you who may be on the fence about health care sharing to take the plunge!

5 Reasons to Swim In Natural Waters (as Much as Possible)