Why We Switched to Health Care Sharing (bye-bye Insurance) 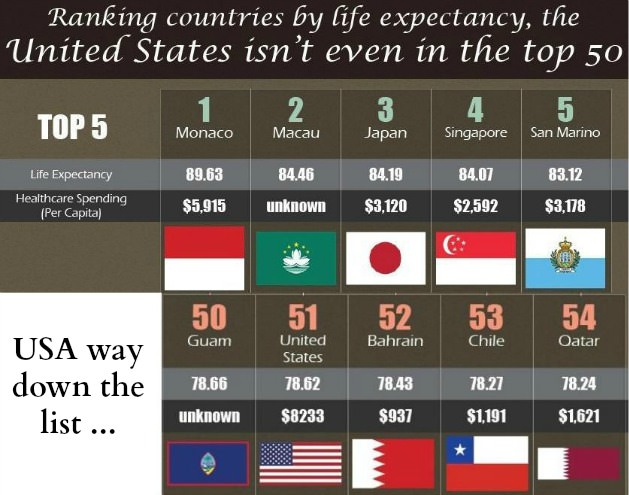 It’s no secret that the healthcare system in the United States is beyond broken. What’s worse, Congress does not seem capable of fixing it anytime soon. Despite spending far more per capita than any other country on medical care, the United States does not even rank in the top 50 countries for life expectancy. This is exactly why health care sharing is growing exponentially in recent years! People are FED UP.

Attempts to fix the problems have only seemed to make matters worse. Medical costs have continued to explode since the creation of Medicare in the mid-1960s despite new regulations being periodically enacted over the years to attempt to control costs.

The Affordable Care Act (Obamacare) is the latest attempt to “control” costs and bring sanity to the healthcare insurance industry. Unfortunately, as of this writing, health insurance premiums continue to increase with individuals and families required to pay for an ever-larger share of their coverage even when employed by large companies, companies which only a few years ago, covered most or all of the cost.

A full-time teacher I know recently confided that her out of pocket expenses for health care through her employer more than doubled (same company, same coverage) with the recent launch of the Affordable Care Act, a law which has yet to live up to its name. 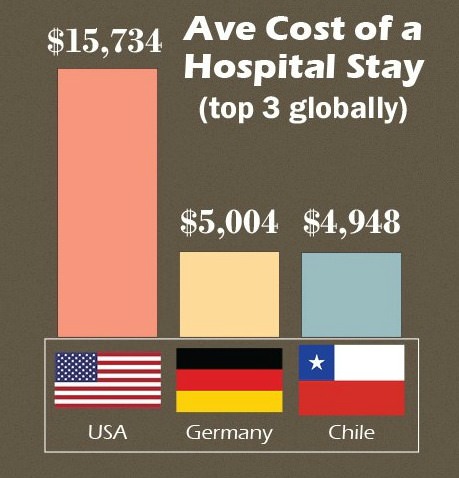 For those following a healthful diet and lifestyle who rarely if ever require a doctor’s care, the frustration with healthcare insurance is two-fold.  First, the sobering realization that the rapidly rising expense for medical coverage is due in large part to the GMO-ridden Standard American Diet and high stress/low activity lifestyle of a consenting majority suffering from a plethora of serious health problems being “managed”, never resolved, by overpriced pharmaceutical drugs.

Secondly, the knowledge that in the event healthcare insurance is ever needed, that conventional drugs and surgery would be the only treatments covered by insurance with any holistic or alternative treatments paid for out of pocket.

This reality hit home with me a few years ago when I tried in vain to have a preventative breast thermogram covered by my medical insurance instead of a cancer-causing mammogram. You can read about that saga here.

In essence, relying on healthcare insurance is being caught between a rock and a hard place. Not only is it very expensive, but even in the event of serious illness, you won’t get the coverage and treatments you desire if you are alternatively minded.

For example, let’s say you or a loved one is diagnosed with colorectal cancer. With healthcare insurance, you would in all likelihood be forced into surgery/chemo/radiation even if you have identified a different treatment protocol with a higher probability of success with less toxic side effects.

Makes no sense does it?

Rather than continuing to flush money down the toilet every month paying for healthcare insurance we felt was throwing good money after bad, my husband and I decided to seek out a completely different approach to meeting our family’s health care needs.

What we discovered is a concept that is very new, but at the same time, very old.

Health Care Sharing: An Idea Whose Time Has Come 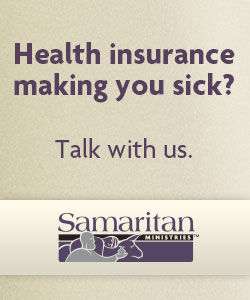 Our primary goal was to identify a financially sound approach to meeting our family’s health care needs that preserved our freedom of choice when it came to treatment options. We started to investigate the historical concept of “mutual aid societies,” organizations that were crucial to American life up until the beginning of the last century. In 1910, an estimated one in three Americans belonged to such an organization, which provided temporary help to those who became ill or lost a job, for example.

The rise of government programs such as food stamps, Medicaid, unemployment insurance and welfare gradually caused the disappearance of mutual aid societies and the insurance model to take its place.

In the 1990s, the concept of a mutual aid society formed the basis for the development of a new model for meeting an individual or family’s health care needs:  Health Care Sharing. It is important to understand that health care sharing it is not healthcare insurance, but rather a way to meet health care needs by balancing them with the shares the members fund on a monthly basis.

Why We Switched to Healthcare Sharing

After much investigation, thought, and discussion, we ultimately decided to take the bold step and cancel our healthcare insurance with Humana and enroll with Samaritan Ministries, founded in 1994 and the largest of three health care sharing organizations in the United States. When I originally wrote this post in March 2014, Samaritan had 105,000 members (33,000 households) in all 50 states. As of February 2017, these numbers have more than doubled to more than 224,000 members and 68,000 households.

Our decision to switch was primarily based on the positive testimonials from friends who were longtime members of Samaritan and had used it for everything from heart attacks to births of babies. In addition, my husband who is from Australia was very keen on the idea as mutual aid societies similar, but not identical, to the concept of health care sharing are popular in his home country and he had used one for years for medical coverage prior to moving to the United States.

While the monthly cost of Samaritan is not significantly different than the $450/month family policy we had with Humana, the peace of mind knowing that when and if we have a medical need, we get to choose our health care provider and course of treatment with 100% of the need being met is priceless. In addition, Samaritan members share in needs starting after the first $300 spent (Samaritan Classic), while the Humana policy we used to rely on had a very high deductible.

Another big plus is the tremendous satisfaction of knowing that our health care dollars are not going to support treatments and therapies that we don’t philosophically agree with.

In addition, policies start at $100/month for a single-person membership with the oldest head of household 29 or younger. To compare both plans and the monthly cost based on household size, download an information packet or go to this online calculator.

Perhaps the best news of all is that health care sharing societies such as Samaritan Ministries is a cost-effective alternative to ObamaCare and individual insurance policies. It’s even cheaper than the group insurance offered by large companies in most cases.

If you are in a similar quandry about your health care situation, I would encourage you to investigate the concept of health care sharing for yourself.

*Please note that Samaritan Ministries is not for everyone. Depending on where you live and your religious affiliation, you may not meet membership criteria. However, if you know of other organizations with a health care sharing philosophy, please include this information in the comments section.

UPDATE on our Samaritan Experience

We’ve now been with Samaritan Ministries for almost 7 years and couldn’t be happier or more satisfied. We still often wonder why we didn’t switch sooner. We would have saved so much money and stress! Our Samaritan policy is even covering one of our children now in college!

graphics used with permission of bestnursingmasters.com

How to Find the Best Healthy Pasta (not shaped in Teflon!)