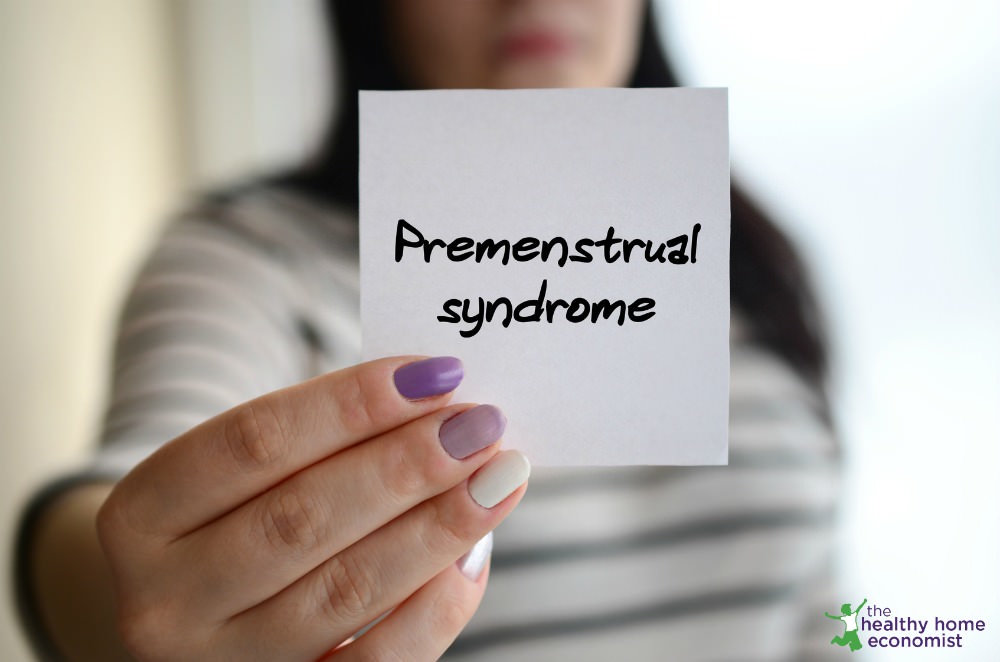 These days, many women embark on conception and pregnancy apprehensive about the potential for postpartum depression, anxiety or panic attacks to descend upon them in those early, exhausting, new baby months.

Since the characterization and treatment of postpartum anxiety, depression, and psychosis remain largely incomplete, prevention is where it’s at.

A recent retrospective study found that having a history of moderate to severe PMS (PMDD) increased the risk of postpartum depression approximately two-fold. Irritability, weepiness, bloating, breast tenderness, sleep, and energy changes, and even hopelessness plague up to 10% of women of reproductive age. This is approximately the incidence of women who go on to develop postpartum depression. With that news, what is a woman with PMS to do?

Here are some considerations:

Make Peace With Your Blood Sugar

In the setting of diets high in refined carbs (flour) and sugar, and/or low cortisol from stressed adrenals, control of blood sugar and cellular energy-burning may be disturbed. Cortisol is responsible for mobilizing stored sugar to the bloodstream and maintaining fat storage of sugar when it is unused in the bloodstream. Thus, when it is low, one experiences everything that comes with hypoglycemia including:

When cortisol runs high as it tends to in acute stress or the early stages of adrenal burnout, it promotes high blood sugar and symptoms of insulin resistance including:

Imbalances of blood sugar can feed forward into a hormonal loop because insulin promotes the production of male hormones, raises cortisol which promotes insulin resistance and interferes with thyroid function and progesterone levels. It’s all a big spider’s web that all moves when you pull a tiny area.

Stopping the runaway train requires eliminating added sugars and refined flours (bread, pasta, cookies, pretzels, etc), and often requires elimination of grains entirely with a focus on “safe starches” or whole food tubers like sweet potatoes and yams best consumed with a healthy fat such as coconut oil, olive oil, or ghee (quality sources). Fats and proteins such as those from pastured animal meats and wild fish are the best antidotes to the ups and downs of a high carb diet.

If further support is needed, magnesium and chromium are minerals that improve insulin sensitivity, and L-carnitine is an amino acid that shuttles fatty acids to be burned in the cell. It can help with the “hybrid performance” of a system whose glucose metabolism is somewhat derailed.

In functional medicine, estrogen dominance is referred to as a cumulative load of estrogen effects that outpace progesterone. This state is thought to underlie symptoms of PMS, perimenopause, and some cases of postpartum psychiatric disorders. Estrogen can come from our environment in the form of xenoestrogens found in plastics, pesticides, and cosmetics. Its excretion can be impaired by abnormal gut flora and by poor methylation status/use of B vitamins. Stress, as referenced above, can lead to shunting of progesterone to make cortisol, called a pregnenolone steal. If the body determines that it is in a state of alarm, those stress hormones are more important than conception hormones!

In my practice, I start with Maca, a mineral and phytonutrient-rich Peruvian vegetable that has adaptogenic properties in supporting the signaling around hormone production, called the Hypothalamic Pituitary Axis. This root helps to support the body’s ability to produce and balance hormones, buffering the effects of the stress hormone cortisol.

Vitex/ChasteTree is an herb that has historically been used as a female reproductive tonic and approved in Germany as a treatment for PMS. It is thought to have effects on prolactin release and to promote progesterone production and receptor sensitivity. A number of studies have examined its efficacy and associated safety.ii

At least three randomized, placebo-controlled trials of evening primrose oil (0.5-2mg) in premenstrual syndrome suggest that this GLA-rich anti-inflammatory fatty acid is an effective intervention potentially related to its effects on prolactin signaling.iii

Topical bioidentical progesterone is an option that I reserve for when other interventions are not successful as supplying the hormone directly does not account for the activity of other hormones, nor does is resolve an issue of receptor insensitivity or resistance.

While there is not a clear relationship between low thyroid function and PMS/PMDD, some studies have demonstrated thyroid “volatility” and increased hormonal responsiveness of the gland. Intervention studies have focused on T4/levothyroxine, but it is T3, active thyroid hormone that is active at the cellular level enhancing the functioning of every tissue and promoting adequate energy production. There is scientific speculation that low progesterone relative to estrogen may inhibit thyroid hormone uptake at the cell. When the above interventions are of limited yield, and there are other symptoms like cold intolerance, fatigue, cloudiness, weight fluctuations, constipation, and depression, the thyroid is an important place to focus.

There are a number of single nutrients like B6, Calcium, Magnesium, Vitamin C, and vitamin D that have been studied for the treatment of PMS, all of which contribute to global nutritional support, immune and nervous system support, but I tend to doubt there is one magic supplement used in this type of one-pill-for-one-problem way. Treating these symptoms means bringing the body into better balance, and doing that before pregnancy is a gift to the baby, and to your postpartum self.

9 Methods for Inducing Labor without Drugs