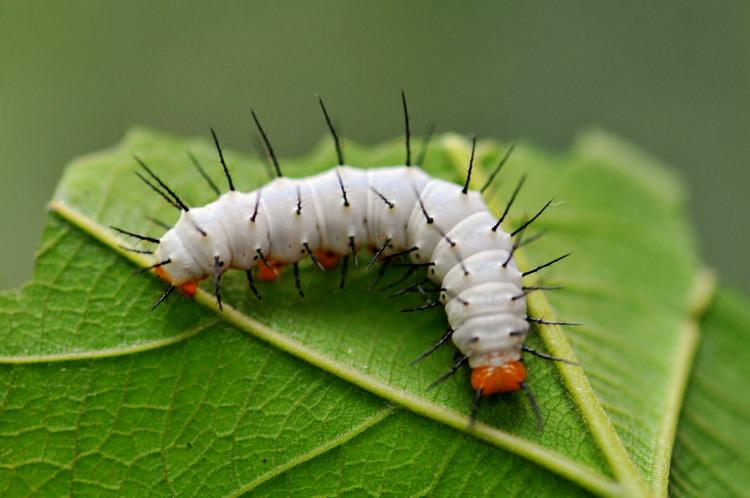 Writer, philosopher, and lecturer Joseph Campbell once famously joked that “a vegetarian is just a person who can’t hear a carrot scream.”

Campbell, who died in 1987, will never know how close to the truth he really was!

Research from the University of Missouri-Columbia has found via audio and chemical analysis that plants hear and actually respond to the sound of caterpillars munching their leaves.  Even more shocking, these same plants react to the munching sounds with built-in, biological defense mechanisms.

Heidi Appel, senior research scientist with the Division of Plant Sciences at Missouri-Columbia said, “We found that feeding vibrations signal changes in the plant cells’ metabolism, creating more defensive chemicals that can repel attacks from caterpillars.”

The researchers tested various sounds like gentle wind and the buzzing of nearby insects and compared this with the sound of caterpillars chewing leaves.  The surprising conclusion is that plants do indeed distinguish threatening from nonthreatening sounds and defend themselves accordingly by producing more mustard oils, which repel many species of caterpillar.

While this research likely won’t convince those that eschew meat that their way of eating is not really any sort of moral high ground (it certainly bequeaths no health benefit), it might give a few reason to pause.

At least meat generally tends to be already dead before you eat it.  When you eat a salad, the poor plants are still alive and know exactly the torture that is being inflicted upon them!

Bring on the bacon!

Most Vegetarians Return to Eating Meat

Sorry Vegetarians, Plants Know When They are Being Eaten Too

Plants Know When They are Being Eaten

Healthy Soups to Buy (Hint: Not in a Can or Tetra Pak)