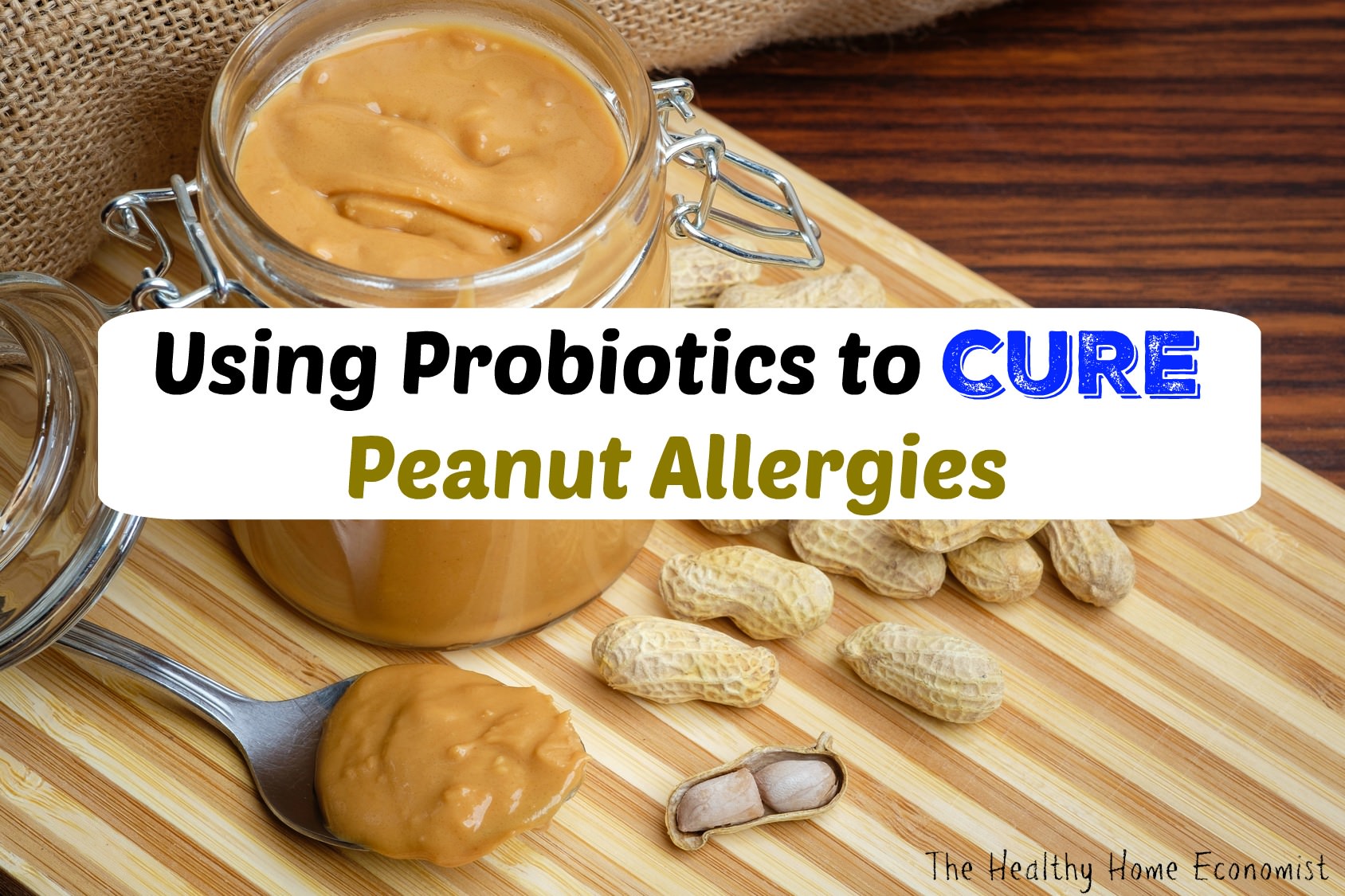 The prevalence of peanut allergies continues to skyrocket worldwide. In fact, it remains the fastest growing food allergy at the present time. Frequency in US schoolchildren alone more than tripled from 1997 to 2008. Unlike other food allergies, a peanut allergy is seldom outgrown and is also one of the most dangerous. Those suffering its effects typically must carry an EpiPen for emergency treatment of anaphylaxis.

In attempts to limit life threatening exposure, many schools have banned peanuts and all products containing them. This includes lunchboxes as well as school cafeterias and vending machines. Unrefined peanut oil and foods cooked in it are also a risk as some of the peanut protein can remain in the fat.

Researchers claim that those suffering from peanut allergies have hope of recovery using a special type of therapeutic probiotic! What’s more, the potential recovery is long-term with 70% of those treated still allergy free after four years.

Not all Probiotics Created Equal

I’ve written before about how specific probiotic strains heal specific conditions. In other words, when it comes to the numerous microbes beneficial to human health, one size definitely does not fit all. Some are more beneficial than others depending on what type of health challenge a person is experiencing.

This is exactly what a team of researchers from Melbourne Australia recently discovered. Using a combination of oral probiotics and immunotherapy, they treated a group of 56 children suffering from peanut allergy. The children received a daily oral supplement containing a peanut protein and the probiotic strain Lactobacillus rhamnosus. The regimen continued for 18 months.

If you are wondering which fermented foods contain the allergy symptom busting microbe L. rhamnosus, it isn’t many according to my research. Regular and Greek yogurt, sauerkraut, and other common fermented foods do not contain it. Fortunately, homemade milk kefir does contain this strain, but water kefir does not. Commercial kefir sometimes does not contain it either! Be sure to check labels.

If you are looking to add this strain to your diet and have a dairy allergy or don’t make kefir yourself, your best bet appears to be a therapeutic probiotic brand like Biokult. Be sure to check the label of your probiotic, as (unbelievably) many do not contain this strain!

The journal The Lancet Child & Adolescent Health published the randomized, placebo controlled “Gold Standard” study in the August 2017 edition. Scientists from the Murdoch Childrens Research Institute with support funding from the Australian Food Allergy Foundation then followed 48 of the 56 children for a 4 year post-therapy period (2).

The researchers found that when tested one month later, 80% of the children could tolerate peanuts without any allergic symptoms. Even more exciting, after four years, 70% were still able to eat peanuts without an allergic reaction. Peanut skin prick tests also revealed smaller wheals in study participants who had received treatment compared to those receiving a placebo.

Lead researcher Professor Mimi Tang said half the follow-up participants were eating peanuts regularly. The other half ate them infrequently. She said that this marked the first time a treatment for peanut allergies was demonstrated to be effective for such a lengthy period of time. She added:

The importance of this finding is that these children were able to eat peanuts like children who don’t have peanut allergy and still maintain their tolerant state, protected against reactions to peanuts.

The exciting possibility that tolerance is a realistic target for treating food allergy.

This is a major step forward in identifying an effective treatment to address the food allergy problem in Western societies. (3)

The next step is for the Australian research team to assess the treatment’s improvement of the children’s quality of life. Also critical is future research to determine which other probiotic strains work to eliminate the myriad of other food allergies affecting an estimated 250 million people worldwide.

The Do Nothing Approach to Illness – Your Ticket to Wellness?