Olympians Warned Not To Eat Liver 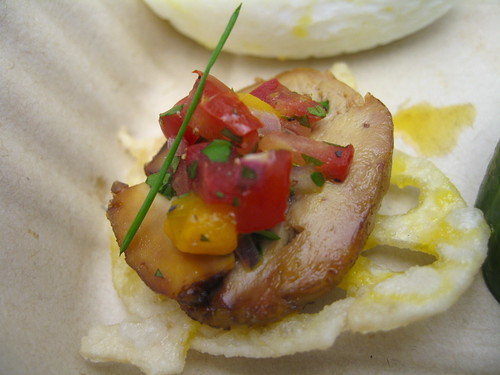 With the 2012 London Olympics just around the corner, the spotlight turns once again to the diet of the hundreds of elite athletes preparing to arrive in Europe to complete their training before the Summer Games begin.

The latest warning from the United Kingdom Anti-Doping Association is to avoid liver which can increase the odds of an athlete testing positive via urine test for the anabolic steroid clenbuterol.

Clenbuterol has caused grief for top athletes before.  Alberto Contador blamed a steak dinner for his positive test during the 2010 Tour de France.   This case is currently under appeal.

Olympic gold medalist weightlifter Tong Wen cited her love affair with pork chops as the reason when she tested positive for the same agent and was banned from the sport for two years.  Clenbuterol is frequently added to steroid laced pig feed in China.

Clenbuterol Use in Animal Feed Illegal

Clenbuterol is indeed a problem in the conventional meat industry where it is illegally used in animal feed to increase the leanness and protein content of meat.  People who consume meat from animals fed this steroid can experience headaches, dizziness, heart palpitations and gastic irritation.  Some people need to be hospitalized after exposure.

Demand for this anabolic agent for use in animal feed is apparently quite widespread on the black market.  Why else the formal warning for Olympians to avoid eating liver, which can concentrate the clenbuterol, prior to drug tested competition?

Not All Liver a Risk for Clenbuterol

What is curious is that the UK Anti-Doping Association did not distinguish between liver produced via Concentrated Animal Feeding Operations (CAFO) and liver from grassfed cattle and pastured poultry produced from small local farms.

Animals raised on their natural diets and maintained on pasture pose little to no risk for clenbuterol contamination.

Therefore, athletes can easily find healthy, grassfed liver from small local farms in the UK and surrounding European nations to obtain that special nutrient density only liver and other traditionally sacred foods can provide to prepare for their Olympic competition!

Few foods provide the same balance of fat soluble vitamins and minerals as liver and wise Olympians who know their history will be consuming it several times a week as they prepare for the 2012 Summer Games. Ancient Olympians ate a mostly meat based diet and it wasn’t lean meat either!

Midsguided Olympians will be following standard lowfat diet recommendations such as what coach Fabio Capello required of his seeded English football team prior to and during the 2010 World Cup.  He foolishly banned his players from eating any butter, only to find his team quickly and shockingly booted from competition!