Healthy Home Economist / Archives / Activism / Komen (Not) for the Cure: The Complete and Utter Pinkwashing of America 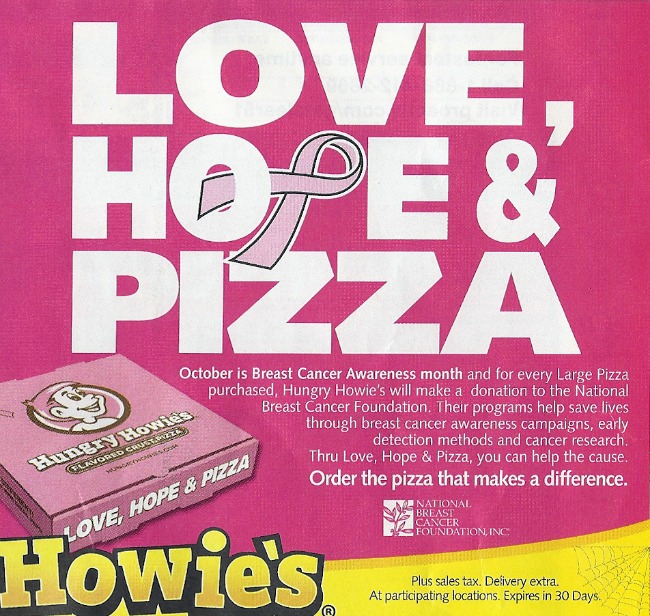 October is one of my favorite months of the year.

The cool breezes, the changing leaves, the crisp blue skies …

But recent years has brought a new message our way which is permeating every media outlet imaginable and is anything but enjoyable.

October is National Breast Cancer Awareness Month in America and with it comes an annual pinkwashing of the grandest proportions.

Pink gloves and cleats on NFL players, pink sweat bands and referee flags, and pink ribbons worn by TV commentators. Even the National Anthem has been pinkwashed with a giant pink flag in the shape of a ribbon replacing the American flag during the singing of this patriotic song prior to professional sporting events!

To me, this is not only extremely unpatriotic, but downright insulting to our men and women in uniform.

What are these people thinking? Is it so incredibly much to ask for people to actually think before they pink?

Even for those of us who see through the pink propaganda and ignore the media stupidity can’t seem to get away from the zombie like hypnosis that comes over people with regard to supporting the marketing bonanza that is “Breast Cancer Industry Month”. 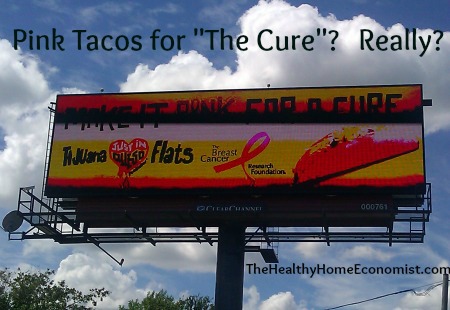 I was shocked last week when the team manager for one of my children’s sporting teams pushed to have the children wear pink ribbon socks during games for the month of October.

I politely declined. There’s no way my child will be used as a pawn to support the message of pink hypocrisy that the Susan B. Komen Foundation represents – the organization primarily behind October pink ribbon madness.

“Komen for the Cure”? 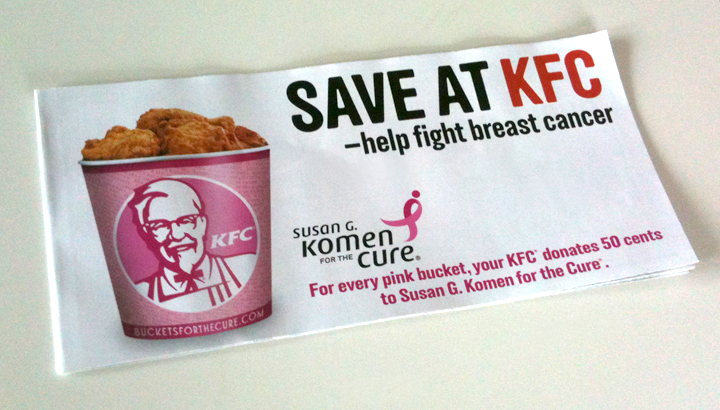 Moreoever, Komen aggressively mobilizes businesses to display the pink ribbon or color a product pink as a message of “hope” for the “cure”.

This completely unethical raising of funds enlists these businesses to donate portions of their sales revenues to Komen even though many of these products contain carcinogenic, GMO and highly toxic ingredients.

Where does all the millions upon millions of dollars go that the Komen Foundation rakes in every year?

How are you opting out of the pinkwashing madness this month?

Where does all the Komen for the Cure money really go?

Is Susan B. Komen Denying the BPA-Breast Cancer Link?