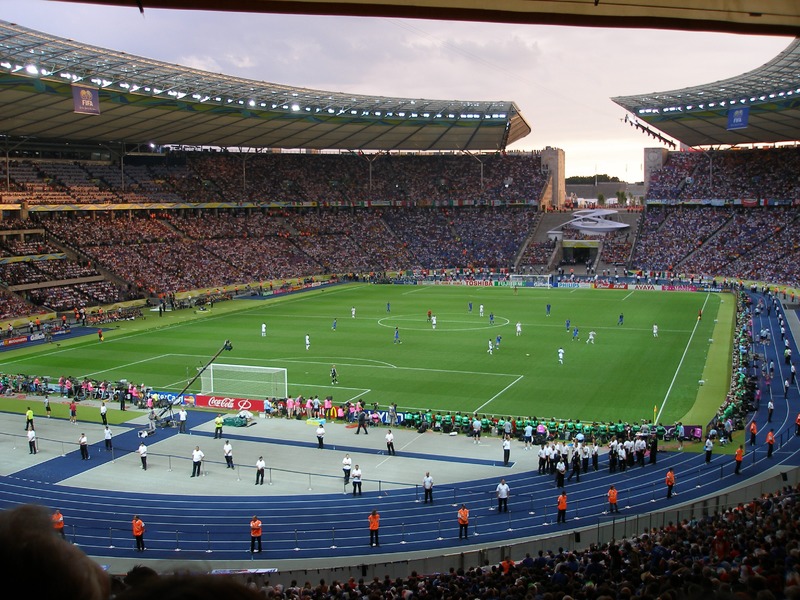 A study of traditional cultures from around the world as performed by Dr. Weston A. Price in his epic work Nutrition and Physical Degeneration showed that, without exception, a strong correlation exists between diets rich in animal fats, robust health, and elite athletic ability.  Traditional Swiss athletes, for example, were fed bowls of cream before competition.

In Africa, groups that ate lots of fatty meat, organ meats, and fatty fish consistently won athletic competitions.  Tribes whose diets were largely vegetarian were athletically dominated by the animal fat/meat-eating tribes (or powned as my son would say – tween slang for punished and owned, in case you were wondering).

Mr. Capello apparently recommended that Team England follow a Mediterranean style diet in preparation for World Cup competition.   While the common people in Ancient Greece may have focused on bread, fruit, and vegetables, the integral parts of a Mediterranean diet, the elite athletes at that time did not eat this way.

In fact, Ancient Olympians ate a mostly meat-based diet, and it wasn’t lean meat either! (2)

Banning butter (and probably fatty meat, cream, and other sources of blood sugar steadying and stamina producing saturated fats) from the diet of England’s World Cup team was truly a very foolish thing for Mr. Capello to do.

Given that England’s level of play at the World Cup was consistently less than inspired and definitely lacking in spirit, it is clear that Mr. Capello could have used a crash course in history before issuing his short-sighted diet edict.

You know the old saying that those who are ignorant of history are doomed to repeat it?   In Fabio Capello’s case, England’s flameout at the World Cup illustrates this adage perfectly.

Got Asthma? Get Ready to Open Your Wallet