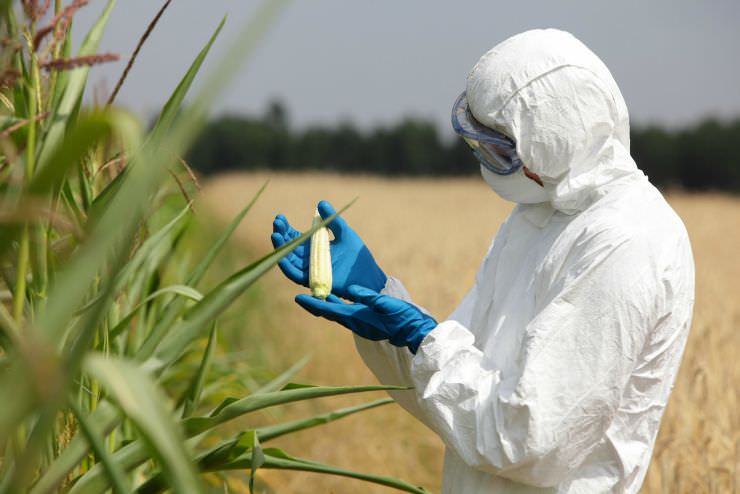 The Monsanto path to global corporate success over the past century is littered with pain, suffering, and plenty of dead bodies. Officially founded in 1901, Monsanto’s first order of business was to produce saccharin, the artificial sweetener found to cause bladder cancer in rodents.

My mother drank saccharin laced diet drinks during one of her pregnancies in the late 1960s. It was the only pregnancy of seven to result in a low birth weight baby despite a full 40 weeks in utero likely due to a scarred placenta that confounded her doctor. My mother swears it was from the saccharin. Monsanto halted the production of saccharin in 1972.

Since 1901, Monsanto has produced one deadly product after another, many of which were eventually yanked from the market but not before causing the suffering, permanent damage or death of millions of people along with horrific damage to the planetary environment:

Here is a brief history of the $16 billion dollar multinational corporation many people now refer to as MonSatan:

As you can see, whatever Monsanto tries its hand at is usually deadly and of a harmful nature to humanity and the viability of the planet. Profit and ruthless control have been Monsanto’s modus operandi for over a century.

Monsanto’s latest quest for profits revolves around control of the world’s food supply via patented production of genetically modified seeds. This corporate goal is so arrogant that anything in its path is a target, including legally passed state legislation supported by the vast majority of consumers to require labeling of its frankenfoods.

In the latest chapter of Monsanto lobbyists attempting to circumvent widespread consumer will, Monsanto and its biotech allies have pulled out the stops to put a halt to approximately two and a half dozen state initiatives to require GMO labeling or restrict/outlaw GMO planting by pushing for the passage at the Federal level of HR 1599, the so-called “Safe and Accurate Food Labeling Act of 2015” dubbed by consumers as the “Deny Americans the Right to Know” Act or DARK.

Keeping consumers in the DARK about what they are eating is apparently the only way Monsanto’s genetically modified foods can continue to be profitable in the United States. This is because labeling a product as containing GMOs is akin to putting a skull and crossbones on it. The majority of consumers simply won’t buy it as evidenced by the lack of GMOs in Europe where GMO labeling is mandated.

Unfortunately and inexplicably, the US House of Representatives sided with giant biotech and food companies instead of the majority of their constituents in a recent vote on the DARK Act. By a vote of 275 to 150, the House passed H.R. 1599 despite widespread consumer resistance. You can see how each representative voted at this link (if you don’t know who represents you, click here).

It’s hard to fathom, but passage of The DARK Act would actually overturn valid state laws that require the labeling of genetically engineered or GMO foods, such as Vermont’s law that is supposed to go into effect in 2016. DARK also ambiguously pre-empts state and local regulation of the planting of GMO crops and allows food companies to continue to make misleading “natural” claims for foods that contain GMO ingredients.

Most disturbingly, the DARK Act would create a federal bureaucracy that ethical food companies who wish to label their products as non-GMO will have to pay to comply with. In other words, it would pre-empt successful private initiatives such as the nonGMO Project that are working spectacularly well informing consumers about which foods do not contain GMOs.

DARK Must Be Stopped!

The good news is that this horrible bill must pass the Senate before it becomes law, and it is projected to have a much tougher time there than it did in the House of Representatives.

You can help with a simple phone call or email to your two US Senators to let them know how you stand on DARK.

Below is what to do supplied by our valiant warriors at The Farm-to-Consumer Legal Defense Fund.

Call or email BOTH of your Senators urging them to oppose H.R. 1599 or any bill that pre-empts validly passed state laws for labeling GMOs.

You can multiply your impact by also meeting them in person. The Senate will recess on August 10, 2015, and the senators will return to their home states for a month. They will have multiple public events, and you can find out about the ones nearest you by calling their district office.

Look up both of your senators at this link to find their contact information at or by calling the Capitol Switchboard at 202-224-3121.

Here’s a sample script for a call:

My name is ___, I am a constituent, and I am calling to urge Senator ____ to vote NO on H.R. 1599 or any other bill that blocks mandatory GMO labels by the states. It is very important to my family and me to know whether our food is genetically engineered. Based on the last 14 years of inaction, it’s clear that the large food manufacturers will not label GMOs voluntarily. And H.R. 1599 goes further, pre-empting other state and local regulations, and creating a new federal bureaucracy for non-GMO labeling. This goes way too far! I urge my Senator to vote no on H.R. 1599 and any bill like it.

You can find more talking points in the sample email below.

A phone call is more effective than an email. If you do send an email, please be sure to add a couple of personal sentences in the beginning so that it’s not just a form message.

You can also download this fact sheet to send as an attachment to your email, or as a follow up to your call.

As a constituent, I urge you to reject H.R. 1599, Rep. Pompeo’s so-called “Safe and Accurate Food Labeling Act,” which would prohibit states from requiring the labeling of genetically engineered foods, or GMOs.

We have a right to know what is in our food so that we can make educated decisions about the food we eat. This bill does not meet the concerns of Americans about what’s in their food. What it really does is deny states the right to pass meaningful mandatory GMO food labeling bills.

The free market can only work when consumers have the information they need to make informed choices among different products. It is absurd to claim that voluntary labeling addresses the issue. In the 14 years that FDA has allowed companies to voluntarily label genetically engineered foods, not one single company has done so. Without mandatory labeling, consumers are effectively being defrauded.

The bill goes even further by forbidding state and local governments from any sort of oversight of GMO crops, even when the federal government has declined or failed to regulate them. Yet these local controls have been adopted in areas based on overwhelming public support, and in order to protect very valuable non-GMO agricultural industries. It is undemocratic and bad for our economy to overturn these local laws.

Please stand up for states’ and consumers’ rights and vote NO on H.R. 1599.

GMOs in Organic Food. How to Protect Yourself