Why heirloom produce beats hybrid varieties nutritionally, how you can easily test this at home for yourself, and where to find these vegetables locally. 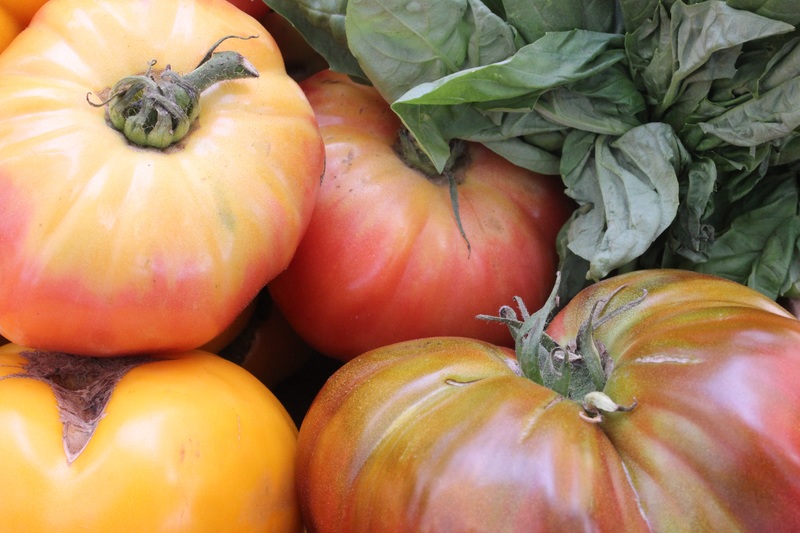 Heirloom vs hybrid produce?  Hopefully, you understand how to recognize the difference because it makes a big difference to the nutrition you’re getting!

Yesterday at our buying club pickup, a local farmer dropped by to display and sell his beautiful selection of organic produce.

Not just any old organic produce, however.

Most folks don’t realize that the organic produce at WalMart, Whole Foods, or even the local health food store is almost exclusively hybrid vegetables.  Once in awhile you will see some heirloom veggies at the health food store, but this is the exception rather than the rule.

Now, I have nothing against organic produce from hybrid seeds.  Hybrid is not to be confused with GMO, by the way.

If you’re going to pay the premium for organic, however, you might as well go for the best tasting produce.  This will almost always be the heirloom varieties and not the modern hybrids at the store.

A lot of the breeding programs for modern hybrids have sacrificed taste and nutrition.  The standard Florida tomato is a good example. Instead of old-time juicy tangy tomatoes, it tastes like cardboard. It was bred to be picked green and gas-ripened because that’s what was needed for commercial growing and shipping.

Turns out that better taste means more nutritious too.  We as consumers are paying a  big price for the push by commercial growers for the higher yields and easier shipping (uniform size and ripening) provided by hybrid strains, particularly for organic produce.

I can tell you that organic produce from the store doesn’t taste nearly as good as it did 20 years ago which tells me that nutrition is poor. If you’ve ever used a refractometer to test the nutrient density of produce, you know that better taste means higher nutrition, a contest which heirloom veggies easily win compared with hybrids.

In this video below, I demonstrate the difference between a typical organic store tomato and two heirloom varieties from a local organic farmer.

Seeing is believing!  Find a local produce farmer that grows heirloom varieties in rich soil and start enjoying the superior taste and nutrition for yourself.  Supporting the production of heirloom varieties in your local community also fosters independence for our farmers as heirloom vegetables are open-pollinated which means the seed can be saved from year to year – saving the farmers an unnecessary expenditure each growing season.

Does it Matter if Raw Whey is Clear or Cloudy?