Healthy Home Economist / Archives / Healthy Living / On Meds? How it Harms Everyone in the Home 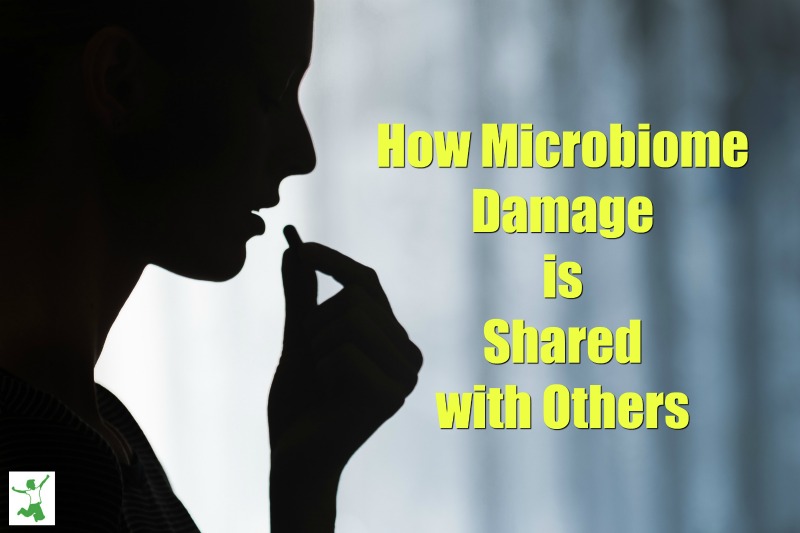 Concerning new research out of Princeton University should give every one of us even more reason to learn how to use natural antibiotics, making every attempt to avoid pharmaceutical meds unless it is a life-threatening emergency.

Microbiologist Kiran Krishnan describes this disconcerting information in the Healing Quest podcast below.

In essence, when one person in a household is on antibiotics, the gut disruption that this person experiences is shared by everyone else in the home.

Researchers discovered this disturbing information by testing the gut microbiomes of hundreds of people before and after they went on a round of antibiotics.

In addition, their gut microbiomes were measured every month for the next six months. The researchers also tested the microbiomes of those who lived in the same home with them.

Not surprisingly, gut disruption occurred immediately in the individuals taking the meds. The damage persisted for at least six months with each subsequent test. This was when the testing ended.

Most alarmingly, the people living in the same household as those taking the antibiotics also experienced similar gut disruption even though they were not taking any meds!

How does this happen?

This occurs because each of us is living in what Dr. Krishnan describes as a “microbiome cloud”.

This means we share the microbiome that supports our health and very existence with everything around us. This is particularly true for those with whom we share a living space.

The microbiome of individuals…even pets…is shared in common living spaces via air ducts, surfaces and the basic process of breathing!

To vividly illustrate this, Dr. Krishnan uses the gross example of vaporized microbes from our gut and urinary tract that are released into the air every time we flush the toilet.

Umm, you really can’t unhear that can you? ?

While it won’t solve the problem entirely, if your home has enough bathrooms, it might be a good idea to have a family member taking meds  use a separate bathroom from others in the home not on meds.

Even Pets Have an Effect

This information got me to thinking about last summer when one of our pets was injured and developed a life-threatening infection that required antibiotics.

The disruption of our pet’s microbiome would have disrupted all of us in the home too.

Could this be the Reason Some Heal and Others Don’t?

This study also got me thinking about how some people desperately try to heal their guts but don’t seem to have as much success as others. This despite doing the exact same things with their diet and lifestyle.

Could it be that a single holdout in their home refuses to improve his/her diet and prefers to just run to the doctor and take meds for every sniffle?

Could this person inadvertently be harming everyone in the home even those suffering from autoimmunity issues who are actively attempting to heal from gut dysfunction?

It also caused me to pick up the phone and call my son at college to remind him to be taking his soil-based probiotic every single day as there are no doubt any number of people in his living environment that are taking meds at any given time!

What are your thoughts on this startling new research? It certainly gives us all the motivation not only to help ourselves but also to encourage and support everyone in our home to eat and live better too. It seems that the family that heals together also thrives together.

Other Meds Likely Do the Same Thing!

A logical leap to consider from this research is the fact that literally dozens of medications, many of them over the counter, disrupt the gut microbiome.

Antibiotics is just the tip of the iceberg.

One of the most prominent gut disruptors is the birth control pill, which approximately 7 in 10 women of child-bearing age take.

Other common drugs that cause gut dysfunction include: (1, 2)

How to Protect Yourself

Science is telling us that avoiding medications through a healthful diet and lifestyle is not just a personal matter. It is a community issue as well.

If you’ve been lacking the motivation to make the changes you need, let this study serve as a wake-up call that your dietary and lifestyle choices could be inadvertently harming the very ones you love the most.

And, if you live with someone who insists on eating processed foods with a dependence on meds to function, Dr. Krishnan recommends that everyone in the home take a spore-based probiotic to minimize the negative effects. He recommends Just Thrive, but there are several brands of therapeutic probiotics that will also work effectively.

Other common sense ways to reduce the risks from negative microbiome sharing include:

Listen in. Dr. Krishnan’s fascinating description of the Princeton study starting at 6:22.

Nanites with Your Pizza Sauce?