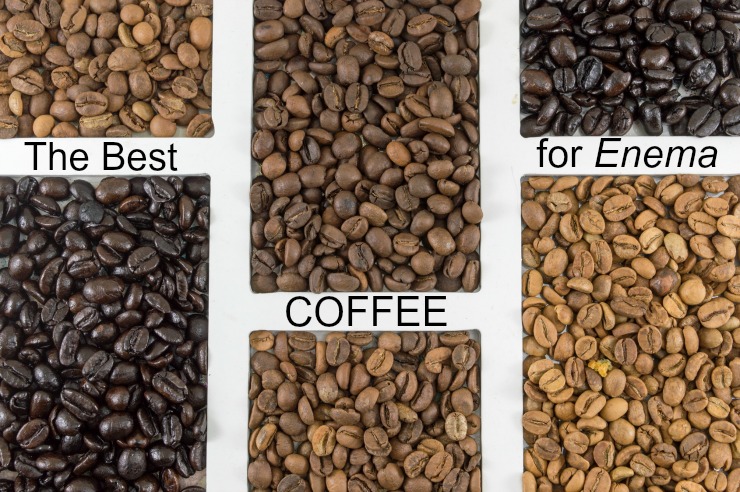 The humble therapy known as the coffee enema is a critical component of the most effective alternative cancer therapies in the world. This includes the Gerson Institute in California and the treatment program used by the late Nicholas Gonzalez MD, an oncologist from New York City.

The ability of coffee enema therapy to rapidly remove toxins from the body to speed healing has generated a groundswell of support from other alternative practitioners. It is regularly recommended even for patients who do not have cancer. Lawrence Wilson MD claims clinical experience with over 40,000 patients who successfully utilized coffee enema for healing.

When a practitioner suggests the regular use of coffee enema as a key component to health recovery, it is important for the patient to source the type of coffee that will best assist with the healing process.  There are certainly plenty to choose from! Common types include regular, instant, caffeinated, decaffeinated, light roast, medium roast, dark roast, blended, whole bean and so forth.

Enema Coffee MUST be Caffeinated

The most important characteristic of the enema coffee selected for therapeutic reasons is that it must be caffeinated.

Why does caffeinated coffee work and decaf does not? This is because the caffeine in coffee stimulates the opening of the bile ducts in the liver thereby increasing bile production and flow. According to the journal Physiological Chemistry and Physics:

Caffeine enemas cause dilation of bile ducts, which facilitates excretion of toxic cancer breakdown products by the liver and dialysis of toxic products from blood across the colonic wall.

Max Gerson MD discovered that the unbound caffeine taken in via coffee enema is absorbed from the descending colon via the hemorrhoidal vein. This vein then carries the caffeine to the portal vein and the liver. The caffeine stimulates the liver and biliary ducts to open. This process occurs rapidly which releases metabolic and environmental toxins into the intestinal tract for immediate elimination.

Interestingly, caffeinated tea does not work either. This is likely because the caffeine in tea binds to the tannins and L-theanine, a water soluble amino acid when it is brewed. These bonds prevent the caffeine from directly opening the bile ducts as they would have to be metabolized digestively first. Since an enema bypasses the digestive process, tea is ineffective compared with coffee for enemas.

Not to worry if you are sensitive to caffeinated coffee or other foods and beverages containing this natural stimulant. The vast majority of people who are sensitive to caffeine consumed orally typically have no problem with an enema made with coffee. This is because the digestive process is bypassed with an enema and so absorption of caffeine into the bloodstream is very low.

Other Considerations for the Best Enema Coffee

Any type of coffee can be used for enema as long as it is caffeinated. That being said, there are some things to look for to ensure that you get the best quality and type for maximum effectiveness.

It is best to source organic coffee if at all possible. Coffee enemas are used for detoxification, so introducing chemical residues into the colon is counterproductive to the process.

Conventional coffee is among the most heavily chemically treated foods in the world. Heavy sprayings of synthetic fertilizers, pesticides, herbicides, fungicides, and insecticides are common practices. Coffee farmers are exposed to a high level of chemicals while spraying their crops and handling them during harvest. In addition, the environment surrounding these farms is negatively impacted by chemical residues in the air and water. Many of these chemicals are highly toxic and detrimental to human health (1).

If you are trying to detoxify and regain your health using coffee enemas, using organic coffee is just basic common sense.

When considering the type of coffee to use, lighter roasts or green coffee beans are not optimal.

However, this suggestion is not in accordance with what is suggested by the Gerson Institute which recommends lightly roasted enema coffee. Beware also of coffee specifically labeled as “golden coffee” or “enema coffee” as these are frequently light roasts too.

Why is dark roast coffee better than light roast?

Research presented by the American Chemical Society in 2010 claims that the beneficial compound N-methyl pyridinium (NMP) not present in green coffee beans is created during the roasting process. The darker the roast, the more NMP is created. Stomach cells exposed to coffee compounds increased acid secretion with the exception of cells exposed to the same compounds containing NMP.

For these reasons, darker roast enema coffee may prove easier on the intestinal tract and produce higher levels of antioxidants in the blood.

Choose Single Origin Whole Bean Coffee Instead of a Blend

From a quality standpoint, coffee blends are inferior to whole beans from a single source that you grind yourself.

Single source coffee more likely involved a higher level of care and standards during coffee production. Coffee blends take beans from a variety of places and mix them until the overall taste is acceptable.

Best to select a coffee that achieves the necessary quality with no mixing necessary!

About half the world’s coffee is produced using dry processing, particularly coffee from Brazil, Sumatra, and Ethiopia. Be sure to ask how your coffee was processed before buying it for therapeutic reasons. This will ensure that you don’t introduce a counterproductive mold risk to your enema therapy.

Try to source enema coffee that is not too oily. While overly dry coffee tends to be stale and bitter, too-oily beans are a problem because the lipids in the coffee bean are subject to rancidity. Try to find the freshest coffee possible that is not too dry but also not too oily!

As for packaging, seek to buy whole bean coffee in a sealed bag that contains the following information:

This information will go a long way toward ensuring the best enema coffee experience possible. Another tip is to store roasted coffee beans and especially ground coffee in the freezer to prevent rancidity.